How an arctic science expedition could help forecast winter storms

The arctic is where most of our winter storms originate, but it's a spot where weather data is not easy to gather. 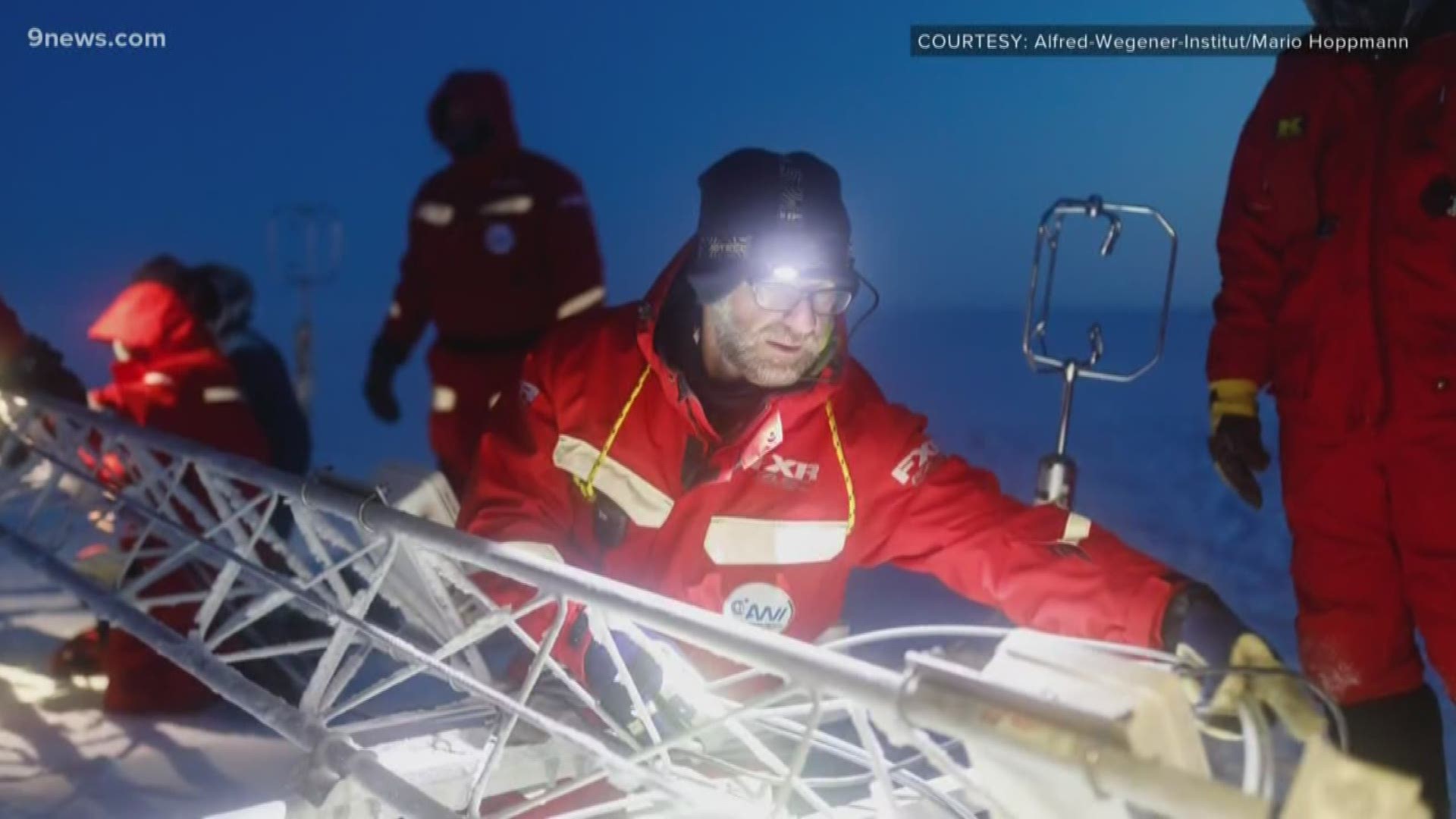 The data they gather as they rise through the atmosphere becomes one of the main ingredients for our computer forecast models.

The problem is that most of those balloons are launched from the mid-latitudes, while most of our winter storms originate way up in the arctic.

“We don’t really have many out over the arctic ocean and in the arctic ice pack, and that’s just because it’s so hard to operate there,” said Matthew Shupe, the leader of the Atmosphere Team on the Multidisciplinary drifting Observatory for the Study of Arctic Climate or MOSAiC Project.

MOSAiC is a one-year science expedition where scientists parked a ship called the Polerstern on an ice flow and will research the relationship of changing sea ice and the ocean and atmosphere around it.

Shupe just returned to Boulder after working the first three-month leg of the project and will return for the final leg this summer.

The weather data being gathered by these scientists is also getting ingested right into the Global Telecommunications System, which means operational forecast models is making use of this new data.

“One of the really important aspects of MOSAiC is that we will be there launching weather balloons four times a day, out in the central arctic. This is really something that we have never really done before,” Shupe said.

Shupe and his team also built new high-tolerance weather stations for the MOSAiC project, which are designed to better withstand the harsh arctic environment.

The goal is to figure out how more permanent weather stations can be installed on the ice flows to help fill in that crucial data gap.

“So, at MOSAiC, we’ll be able to look at what effect those have, we’ll be able to do some tests to see if those additional measurements there actually do improve our ability to forecast the weather," Shupe said.

MOSAiC is the largest and most comprehensive arctic science expedition ever conducted. The research is being jointly funded by the National Science Foundation, the National Oceanic and Atmospheric Administration (NOAA), and the Department of Energy.