I-70 at Glenwood Canyon reopens after 5 mudslides forced closure

Tuesday featured yet another flash flood-induced closure of I-70. 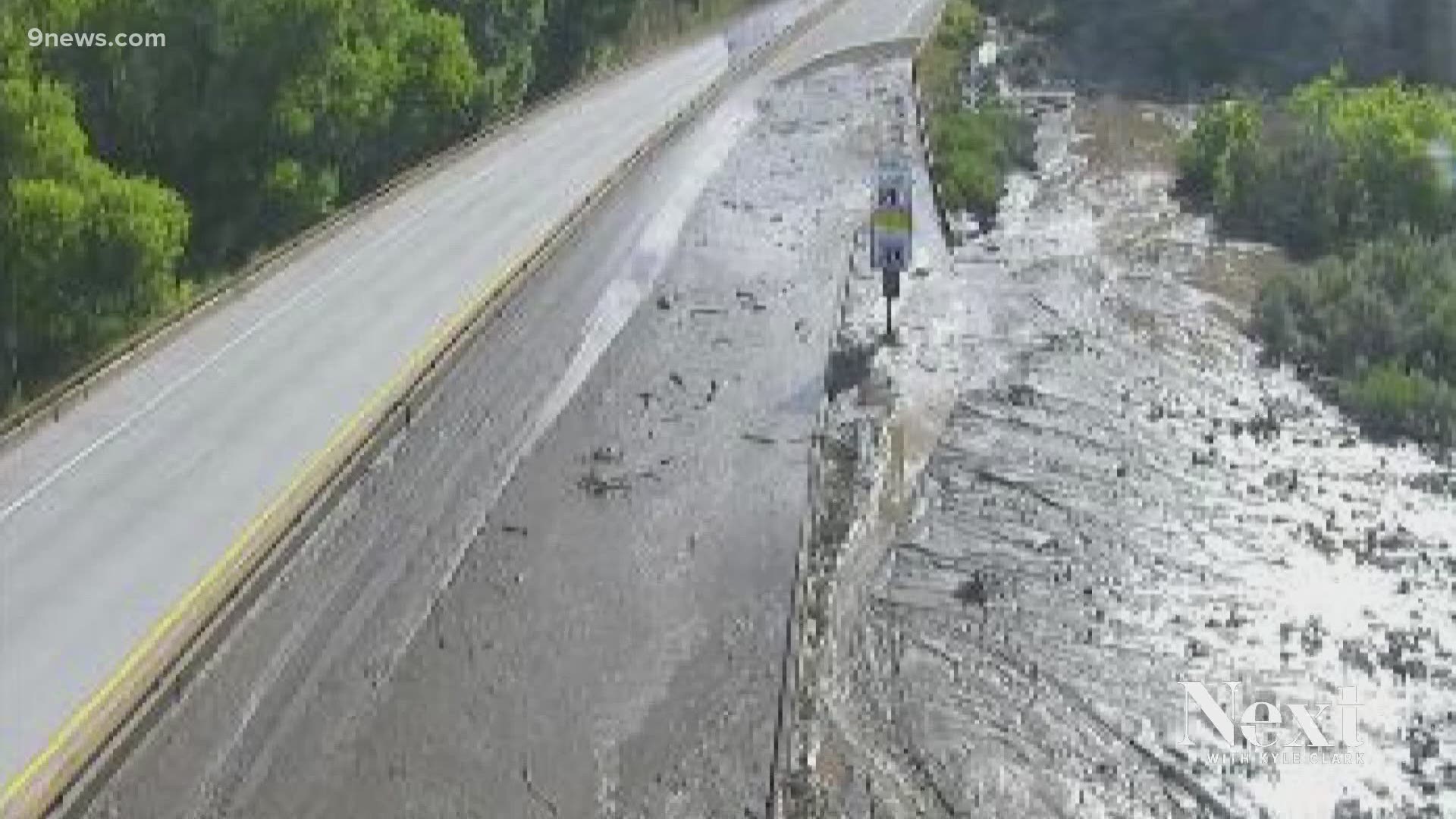 DENVER — Crews with the Colorado Department of Transportation (CDOT) are clearing five mudslides from sections of Interstate 70 through Glenwood Canyon due to flash flooding on Tuesday.

According to a message that was sent out from CDOT's Twitter account on Wednesday night, crews have reopened I-70 Glenwood Canyon in both directions.

The highway was closed Tuesday night for the 8th time in recent weeks due to the flash flooding and mudslides.

CDOT automatically closes the flood-prone stretch of highway anytime a Flash Flood Warning is issued by the National Weather Service.

There is also a slide on the Bair Ranch exit off-ramp from the westbound lanes. At this time there is a greater than 30% chance of a Flash Flood Watch or Flash Flood Warning Wednesday for the Grizzly Creek Fire burn area, so the safety closure will continue to be in place as needed in order to ensure motorists are safe.

The closure continues to be in place at Exits 87, 116 and 133. Motorists are asked to use the northern alternate route as a detour.

The Grizzly Creek burn scar is located right near the highway, and burn scars are especially vulnerable to flash flooding due to the lack of vegetation to absorb moisture. As a result, flood-driven mudslides are common near or even over the interstate.

If detouring, CDOT asked motorists to use the northern alternate route, which adds an extra 2.5 hours of travel time.

Travelers will then continue west on U.S. 40 and then south on Colorado 13 to complete the alternate route and return to westbound I-70 at Rifle (Exit 90).

Motorists traveling eastbound from Utah or Grand Junction can reach the Denver Metro area by traveling the route above in reverse.

Eastbound traffic headed to the Roaring Fork Valley may have limited access at Exit 109 or on US 6, but should plan for delays during the first hour of the closure.

RELATED: Threat of mudslides in Colorado could stick around throughout the summer