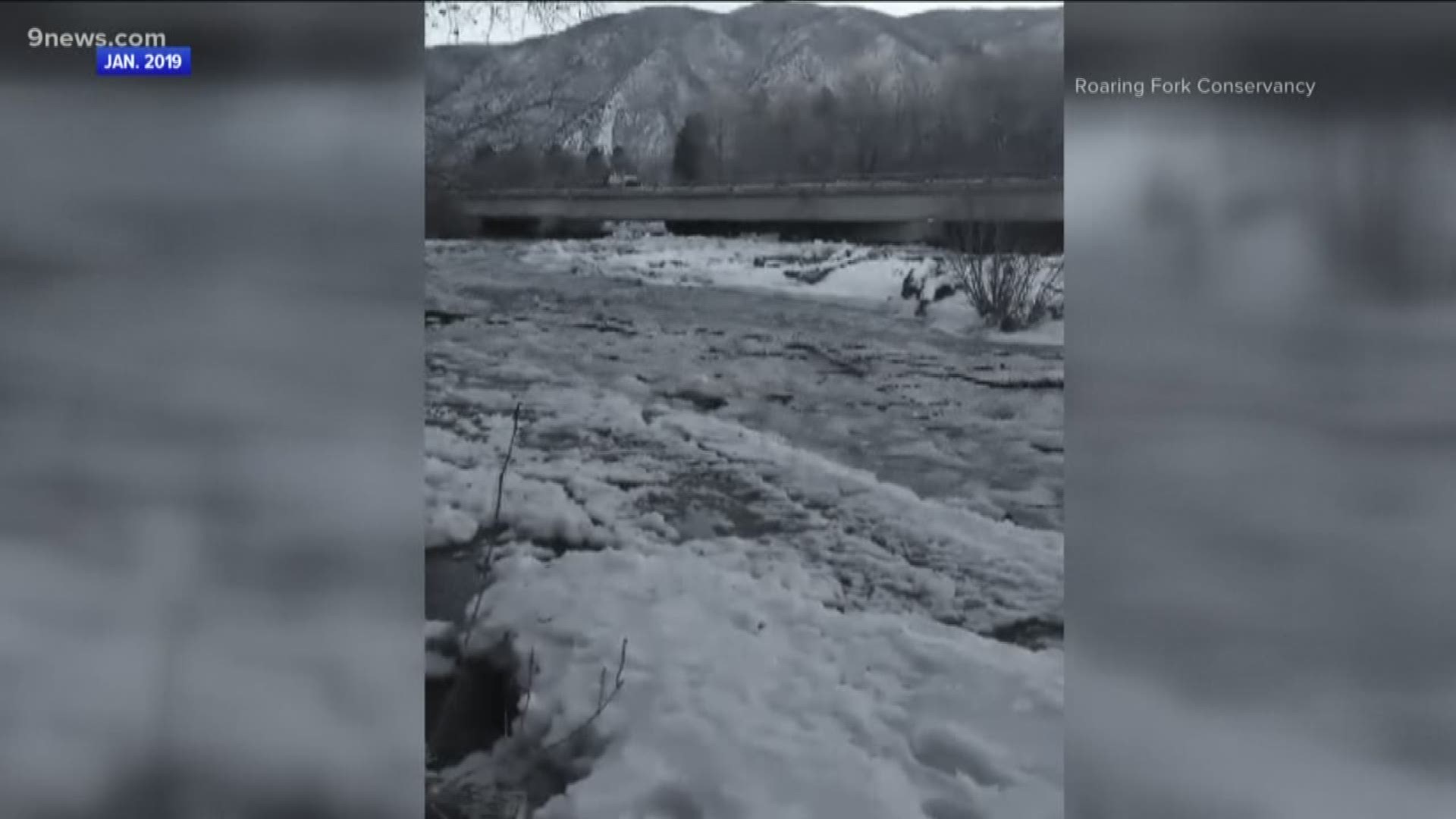 BASALT, Colo. —
Rising concern over building ice jam conditions has prompted a flood advisory to be issued for the Roaring Fork River between Snowmass Canyon and Glenwood Springs.

Sunny days and cold nights can create ice chunks, and if there's enough of them, it causes something called an ice jam. The ice and other debris causes a dam to form in the river, holding water back until the jam breaks.

Then there is a surge of fast moving water, with big chunks of ice, tree limbs, and even tree trunks that moves downstream for several miles.

Wednesday was the most likely day to see an ice jam release on the Roaring Fork River, but temperatures just didn't get high enough to free the ice up.

Conditions are just concerning enough to likely keep that flood advisory in place until Sunday.

"In 2019, we had a historic number of these, with 10 events recorded through the winter of '18 and '19," said Rick Lofaro, the executive director of the Roaring Fork Conservancy.

Lofaro said the first event in January of 2019 pushed the stream gauge from 250 cfs (cubic feet per second) up to 1400 cfs immediately.

"It was just massive release with a lot of power," Lofaro said.

Lofaro said he has never seen any ice dam on the Roaring Fork or the Frying Pan escape its banks and cause flooding, but the main concern is for human safety.

"The unique situation we have here is a year-round trout fishing season and a gold medal river that is within walking distance of Basalt, and that is really the concern more so than flooding," Lofaro said.