Spoiler alert: These are lenticular clouds.

A 9NEWS viewer sent us photos Monday of a series of three clouds that sort of looked like UFOs near Cheyenne, Wyoming.

“I’ve never seen clouds like this,” viewer David Smith wrote via Your Take.

One of the best parts about working at 9NEWS is the fact that we have meteorologists at our disposal to explain the science behind cool cloud photos (apparently, most offices do not have this perk).

A view of lenticular clouds near Cheyenne Wyoming.

Here’s what 9NEWS Meteorologist Cory Reppenhagen had to say about the photos:

These get called flying saucers or UFOs a lot, not only because of their lens shape, but since they also appear to hover. The wave in the air that is causing these lenticulars is maintaining a crest in a constant location. So, lenticulars stand in one place for a period of time.

You don’t see the mountain range in the shot, but that is likely what is causing this. High winds out of the west and northwest hit the mountains or other obstruction, and causes a disruption in the flow of air, making a wave downstream of the obstruction.

A smooth cloud forms at the crest of the wave where the air meets the dewpoint, and as the air falls down the other side of the wave, evaporation occurs.

Lenticulars can form at any level of the atmosphere, but this variety is altocumulus.

There have been very strong winds in Wyoming the last couple days. There is a High Wind Warning in parts of Wyoming Tuesday with 35 to 45 mph sustained winds and gusts near 70 mph.

So there you go – these aren’t UFOs but rather lenticular clouds caused by a unique combination of wind and the mountains.

Do you have an awesome photo to share or a science question we can solve? Email us at yourtake.9news.com. 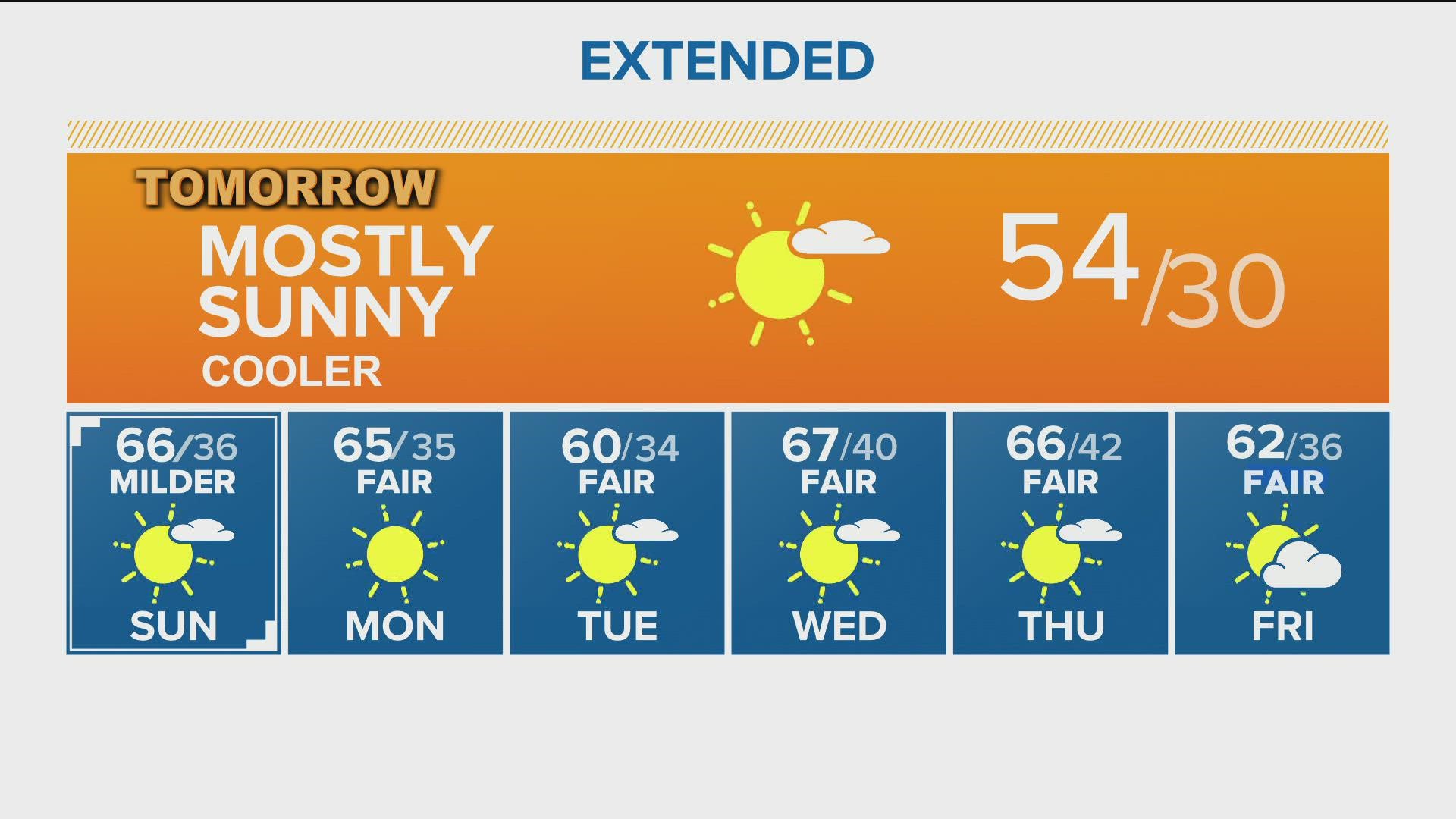