Is February the new March?

March is historically Denver's snowiest month, but over the last 10 years it's been all about February. 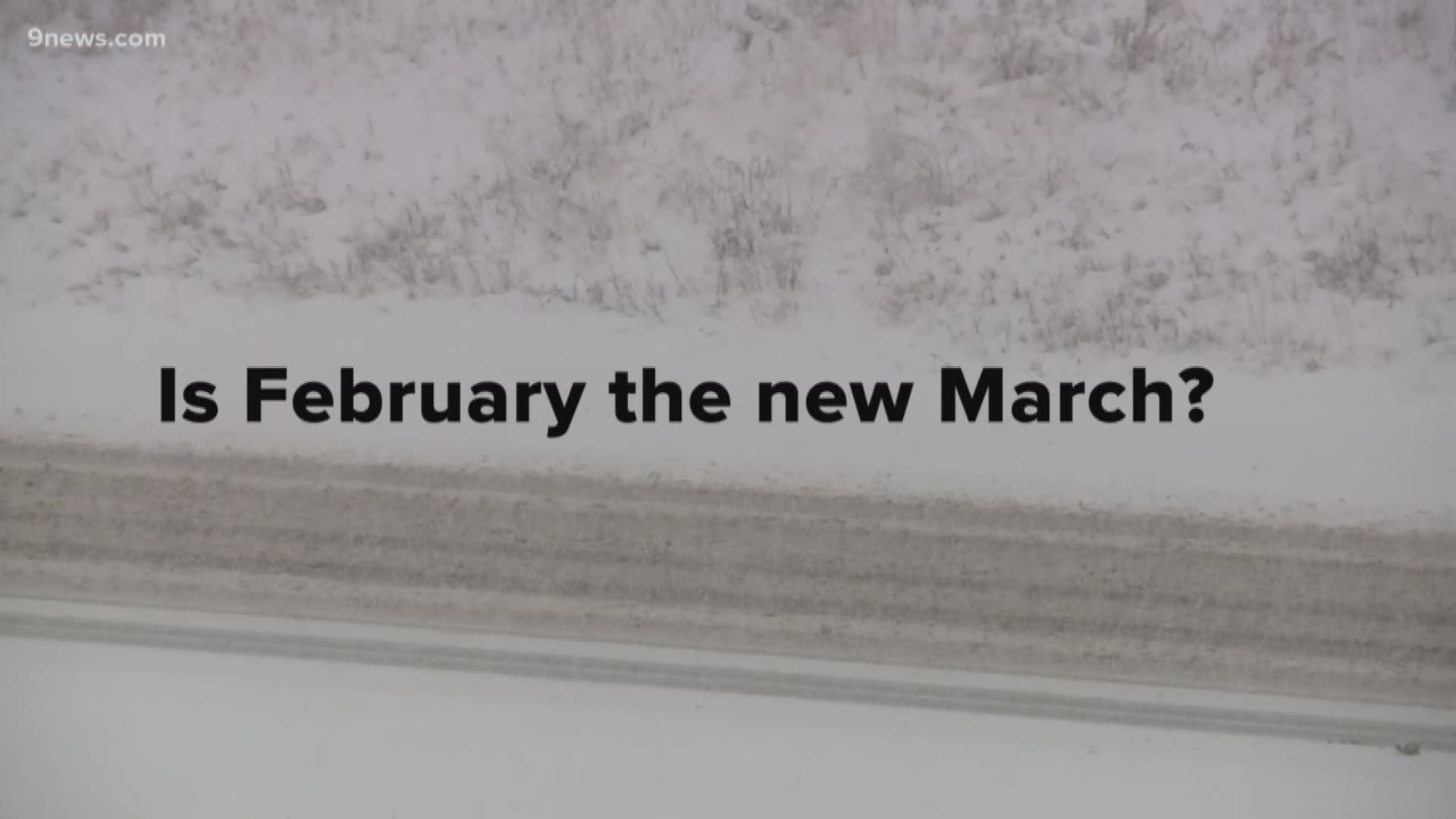 DENVER — February has been quite the month for snow lovers in Denver. It has snowed on 11 of 18 days so far, and snow is expected in the city on Wednesday.

With 15.9 inches as of Tuesday night, February 2020 is the single snowiest month in Denver since March 2016.

Credit: KUSA
Counting the forecast for Wednesday, it will have snowed on 12 out of the first 19 days in February.

February has had a strong showing in the snow department in recent years. It might have you asking the question: “Is February the new March”?

RELATED: Snow Blog: Second half of February to be less active

On average, March is Denver’s snowiest month, according to 138 years of records. It’s followed by April, December and then February, typically our 4th snowiest.

With an average of 11.4 inches of snow, it is going to be tough for March to beat February this year

In 2019, February topped March, and was the snowiest month of that season.

February actually got more snow than March in six of the last 10 years.

Credit: KUSA
February has been snowier than March in Denver over the last 10 years.

And if you add up all the snow that fell at Denver International Airport over the last 10 years, February is the snowiest month by far – beating March by almost 2 feet.

Credit: KUSA
February has had the most total snow in Denver over the last 10 years