What caused the 4 landspout tornadoes in Weld County this week?

Weld County Colorado could be considered the landspout capital of the world. 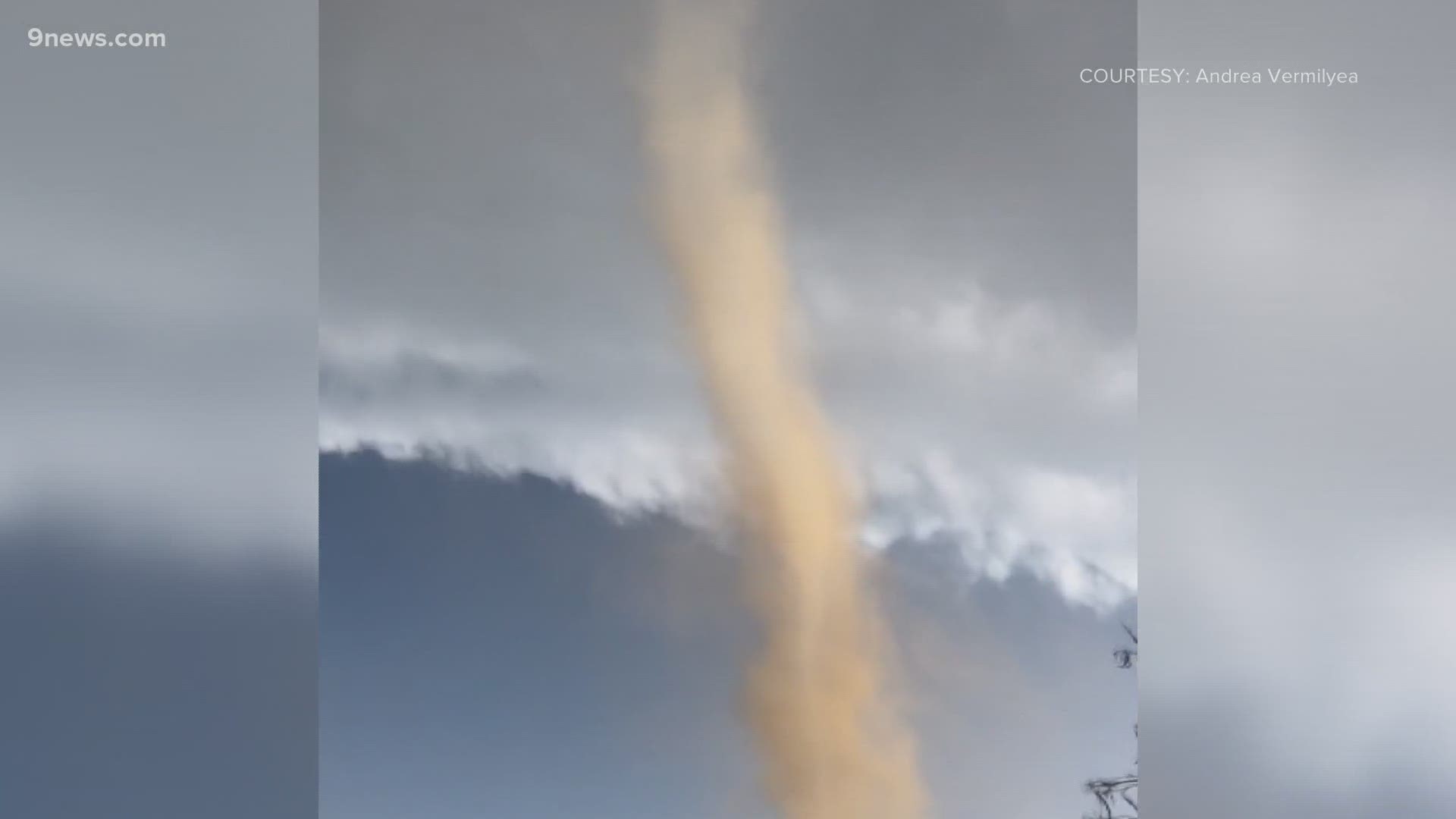 WELD COUNTY, Colo. — Four landspout tornadoes touched down in Weld County Wednesday night according to the National Weather Service (NWS). There was some minor damage reported but they are expected to get rated as EF-0 tornadoes.

RELATED: Landspout tornado touches down outside of Greeley

NWS Boulder said they will send out a survey crew to inspect the tornado paths Thursday or Friday.

A landspout is a tornado that forms from the ground up instead of from the thunderstorm down like traditional supercell tornadoes.

Think of it as a dust devil that gets ingested into a thunderstorm.

Landspouts like to form along boundaries between dry and moist air.

The air can start spinning horizontally along that boundary long before storms even form.

“It's like a tube of invisible air spinning horizontally," said Paul Schlatter with NWS Boulder. "Put a storm on top of that boundary, and it sucks in the boundary and makes it vertical. And now you have a rotating vertical column of air. Which is a tornado.”

Landspouts remain invisible unless they run into some dirt or some other kinds of debris. It’s usually only the dust that reveals the vortex of a landspout tornado because there is rarely any cloud condensation in the tube.

On Wednesday, a boundary was formed by the moist air which was moving up from the south across the eastern plains, and the very strong and very dry winds that were blowing over the mountains. That created a sharp boundary between two air masses called a dryline.

The horizontally spinning air was there, but there were no storms until a cold front, which may have been an outflow boundary from convection in Wyoming, came sweeping in from the northwest. Once thunderstorms were able to form, the horizontal boundary stretched into vertical and landspout tornadoes were born.

Boundaries like that are common in Weld County. Sometimes when there is southeast flow at the surface and northwest winds aloft, a similar convergence occurs in an area called the Denver Convergence Vorticity Zone. Weld County is on the northern edge of that zone.

As a result of all this boundary interaction, Weld County statistically gets more tornadoes than any other county in the U.S. Of course, Weld is also one of the larger counties, so that helps pad the statistics.

With most of those numerous Weld County tornadoes being recorded as landspouts, you could say that they are the landspout capital as well.

Landspouts are very weak tornadoes, usually with just 60 to 90 mile per hour winds. They are very short-lived, generally lasting less than 10 minutes. They are also usually completely invisible to radar.

“Sometimes even as the tornadoes are ongoing it has a time hard detecting the rotation because there’s no precipitation around it and it’s just dust really. It’s just a little dust swirl to the radar," said Schlatter. "So, getting a tornado warning is very challenging with these types of landspout tornadoes.”

There were no tornado warnings issued Wednesday in Weld County. The storms that stretched the boundary into landspout tornadoes were non-severe storms. They were only producing small hail at the time.

NWS Boulder did issue a special weather statement informing the public about the landspout activity.