Scientists said plants can be the "canary in a coal mine" and signal dangerous air quality. 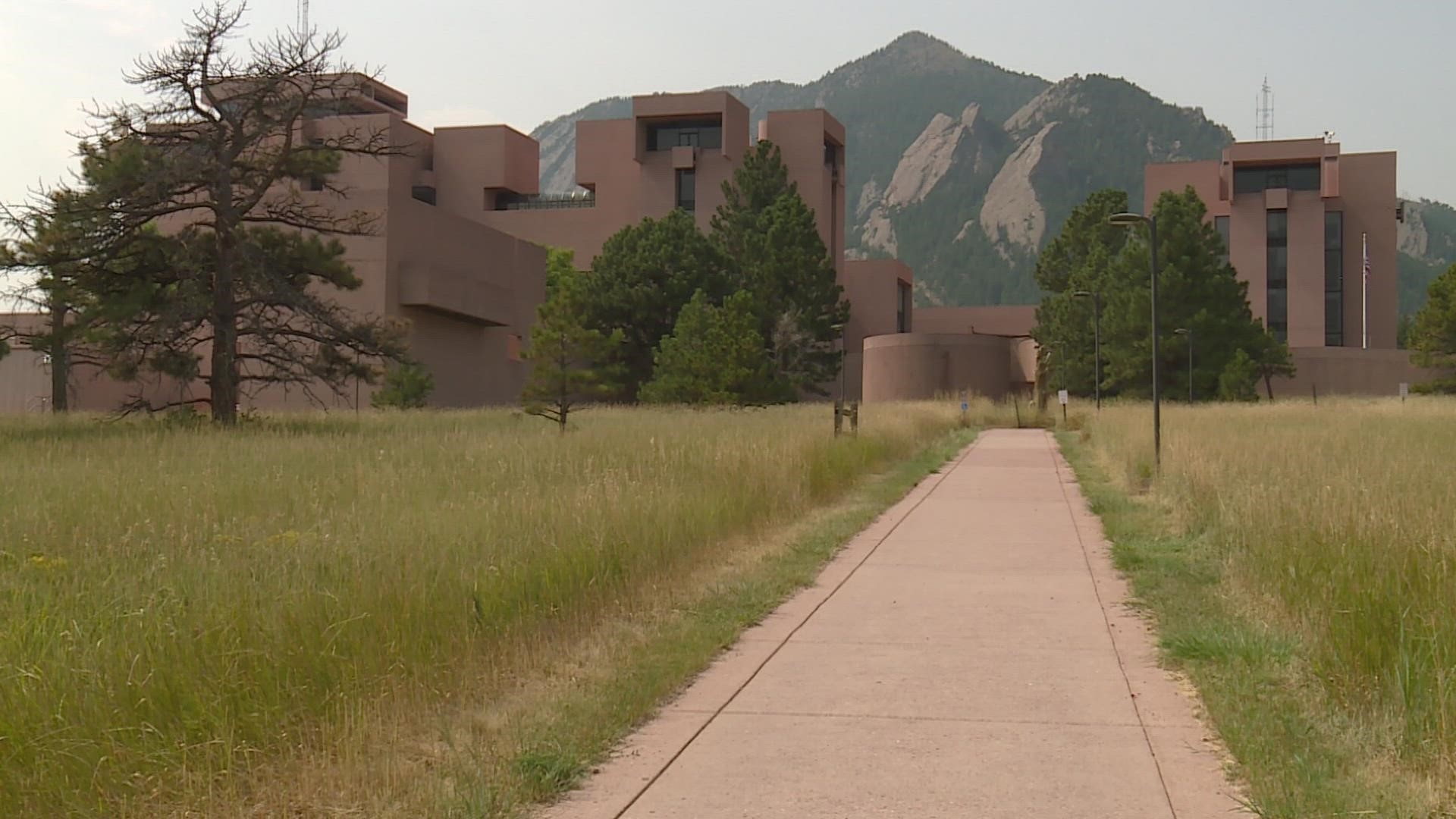 BOULDER, Colo. — In addition to all this wildfire smoke, there is also an invisible pollutant called ozone that is making the air quality even worse on the Front Range.

You may not be able to see the ozone pollution in the air, but you can see it on plants.

“They function like a canary in a coal mine," said Danica Lombardozzi, an eco-physiologist with the National Center for Atmospheric Research (NCAR). "They give you an early indicator or warning that there are high levels of ozone by developing very characteristic symptoms on their leaves.”

She planted ozone sensitive plants in what she calls the ozone garden, near the front entrance to NCAR's Mesa Lab. She's been studying the impacts of ozone there since 2014.

“The plants, when they open their pores, they breathe the carbon dioxide that they need for food, but they also breathe everything else that’s in the air, so ozone gets inside the leaf,” said Lombardozzi.

She said ozone causes damage to the leaves. It can be identified by brown and black dots and patches that appear on the top side of the leaves. The bottom of the leaves usually remain free of the spots except in extreme cases.

She also said the veins of the leaves will remain green even as they run through the ozone damaged areas. That is one easy way to distinguish ozone damage from damage caused by illness, drought or bugs.

Lombardozzi said ozone damage can happen to all types of plants, not just the sensitive plants in her ozone garden. The ozone damage can weaken a plants health and even impact fruits and vegetables.

RELATED: Beat the heat of the afternoon when air quality is at its worst

“Ozone is very reactive so it doesn’t stick around for a long time, so it doesn’t make it more toxic to us as we eat them," she said. "But it makes them potentially less nutritious and also we have less quantity of them.”

Lombardozzi said the plants are sending humans an important message, because their leaves are like our lungs.

She’s found ozone damage in this garden all seven years she’s had it, which means ozone is always in our air on the Front Range during the summer – whether it’s mixed with wildfire smoke or hiding in the blue skies.