Remembering the Denver blizzard of March 2003

The March 2003 Blizzard brought 40 inches of snow to Aurora and more than six feet to Evergreen. 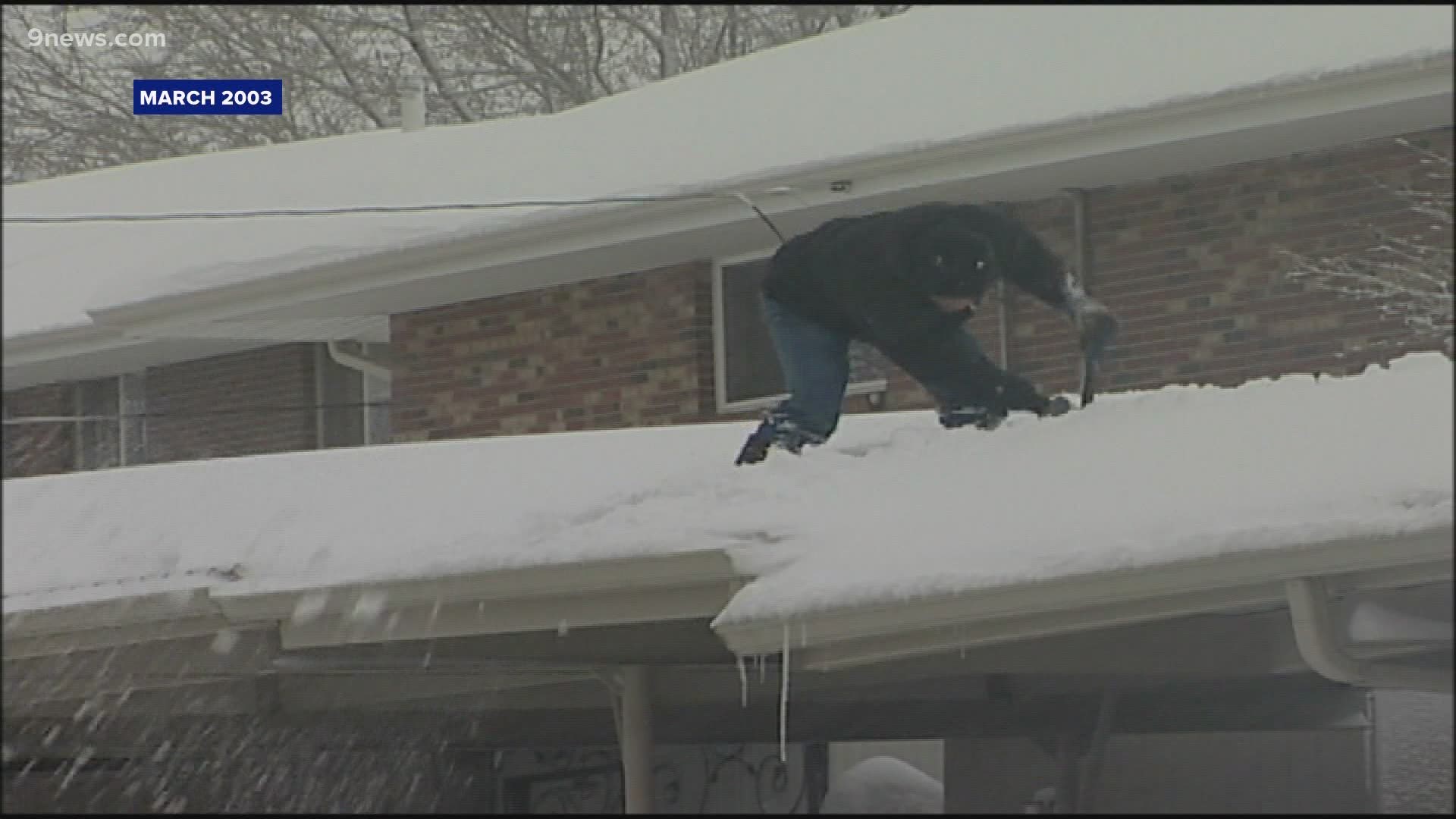 DENVER — Colorado is once again bracing for a blast of winter weather.

Denver, the western Denver suburbs, Fort Collins, Boulder, Castle Rock and Greeley can expect accumulations of 15 to 25 inches, with up to 30 inches near Boulder and Fort Collins, according to the latest and ever-changing forecast.

While this March storm has the potential to land in the record books, Colorado has been here before.

Just 18 years ago, Colorado experienced an epic three-day storm that began on St. Patrick’s Day and dumped nearly 32 inches of snow on Denver. The "March 2003 Blizzard" brought 40 inches of snow to Aurora and more than six feet to Evergreen.

The 2003 snow storm closed Interstate 70, stranding skiers in the mountains. Denver International Airport was closed too, leaving thousands of travelers stranded at the airport. And the sheer weight of the snow ripped a hole in DIA’s canvas roof.

The March 2003 storm is the second-snowiest storm recorded in Denver.

The 1913 blizzard dumped nearly 46 inches of snow on the city, virtually shutting it down. According to old articles, people had to sleep at work because they couldn't get home, and schools and businesses were closed for days.

This weekend, the Colorado Department of Transportation (CDOT) is urging drivers to keep ahead of the weather and plan to stay off the roads.

CDOT expects heavy accumulations along Interstate 70, Interstate 25 and other highway corridors in the foothills and the Front Range. Heavy snow is also expected along the I-70 mountain corridor to the Eisenhower Memorial Johnson Tunnel.

CDOT asks drivers to avoid traveling on impacted roads during the storm, throughout the Denver metro area, on the I-70 Mountain Corridor and I-25 South Gap construction zone between Castle Rock and Monument.