March blizzard could bust the drought in parts of Colorado 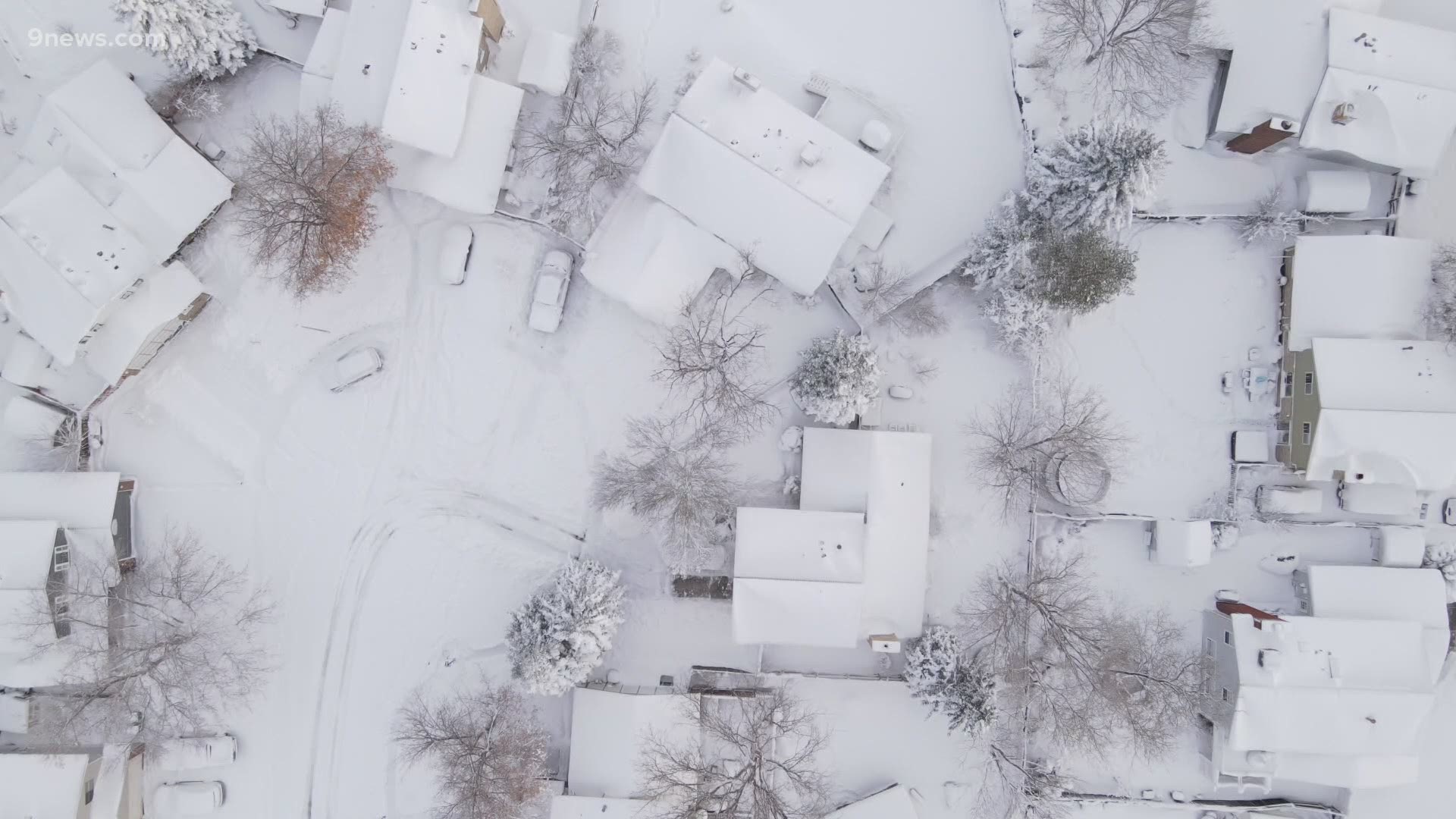 COLORADO, USA — When all the snow from the weekend blizzard melts down, it will equal 2-4 inches of water for more than half of the state.

Here is some perspective on that.

Just 2 inches of water covering half of the state, which is about 50,000 square miles, equals about 1.7 trillion gallons. That's enough water to fill Lake Dillon 21 times.

Denver got 2.88 inches of precipitation over 48 hours over the weekend. That's more precipitation than it normally gets all of March and April combined, and many other spots in eastern Colorado also got two months' worth of rain and melted snow.

Hot off the presses! Here's a rough estimate based off the storm reports we received. High total in our forecast area was 48.5" near Buckhorn Mountain. #cowx

The state climatologists said they expect a huge reduction in Colorado’s drought levels. The biggest relief will be east of the Continental Divide where most of the snow and rain fell, but the storm will not be a complete drought buster on its own.

The official update to the drought monitor is getting tabulated Tuesday and will include the big storm. We'll find out the true drought reduction when it's released on Thursday morning.

Colorado mountain snowpack saw an incredible jump with this storm -- the headwaters of the South Platte, Arkansas and Rio Grande river basins are now back up to average, while statewide we are just 9% below median.

The South Platte, Arkansas, and Rio Grande headwaters are back up to average after the big weekend storm #9wx pic.twitter.com/VJyAGvIN74

The places that got the big 4-inch totals were between 7,000-9,000 feet in the foothills where they have been begging for a big one.

“We don’t need those fires anymore," said Tom Bibler, who's lived in the Colorado foothills for 32 years. "We were breathing smoke for weeks before we actually got evacuated. It wasn’t much fun.”

Bibler said the 2 feet of snow at his place in Estes Park brings him peace.

He knows it will take longer for this water to reflect in the summer wildfire outlook, but it does look a lot better now than it did before the historic snow.