This Colorado reservoir's water level is at 50 feet below average

McPhee Reservoir in southwest Colorado is getting its fourth lowest runoff on record. 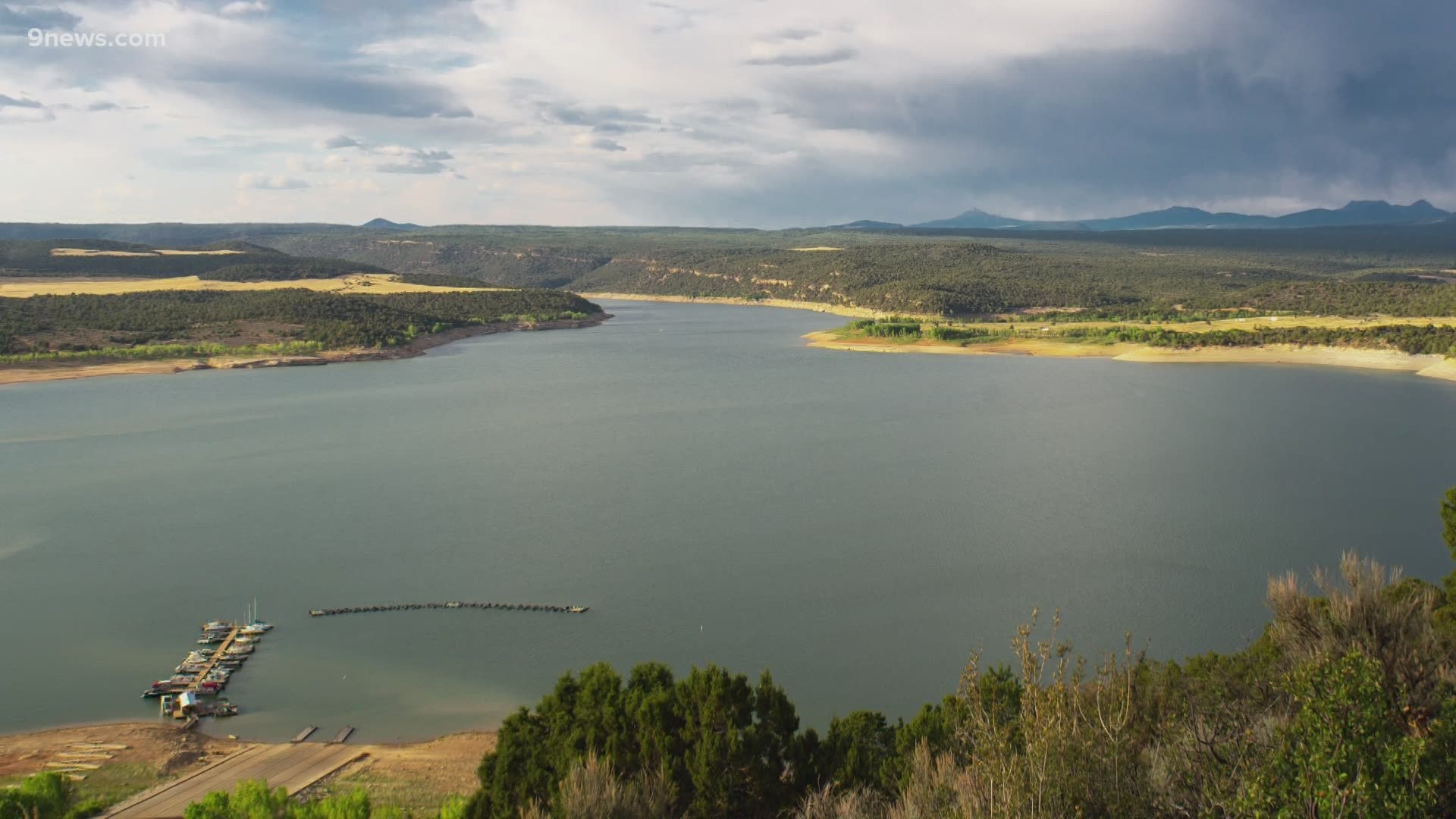 DURANGO, Colo. — It was another big day of rain and snow on the Colorado Front Range Monday.

The weather station at Denver International Airport has now recorded 8.02 inches of precipitation since Jan. 1 —  that's nearly double the 4.46 inches at that spot at this point in 2020.

Mother Nature has not been as kind to the Western Slope.

Durango La Plata Airport has only received 2.56 inches of precipitation so far in 2021. The average there is 4.36 inches through May.

The snowpack in the southwest part of the country was very low this season from October through May — a typical result of a La Nina weather pattern. Colorado was mostly spared the major snow deficit thanks to some well-placed upslope storms east of the Continental Divide, but the southwest corner of the state did get caught up in the lack of snow.

And what little snow there was in southwest Colorado this season is melting out fast.

A few mountain weather stations are showing that the winter snowpack has already completely melted out. For example, the Snotel site on Lizard Head Pass shows no snow left on the ground there as of May 9 – that's more than three weeks earlier than normal.

One of the areas hardest hit by the lack of snow in southwest Colorado is McPhee Reservoir, the fifth largest in the state.

“This is likely to be our fourth worst year in runoff," said Ken Curtis, the general manager of Dolores Water Conservancy District, which manages McPhee Reservoir. "We have had other bad years like 2002 and 2018, but in both cases, we did have more carryover.”

He said in previous bad snow years, there had been enough water left over from the previous year to carry over into the low year.

This year is unfortunately following another poor runoff season in 2020. Curtis said there was average snowpack above the reservoir last year, but only about 34% of the expected snowmelt actually made it into the reservoir.

RELATED: Colorado is examining water speculation, and finding it’s 'all the problems' in one

He said McPhee is currently 50 feet below average and is not expected to fill any higher. That will put a lot of hardship on primarily farmers.

Curtis said there’s about 30,000 acres of farming between Cortez and Dove Creek, along with all the farms on the Ute Mountain Indian Reservation that depend on water from McPhee.

He said those areas do not have senior water rights.

“They’re only going to get about an inch and a half of water per acre to work with and that obviously doesn’t do a lot," he said. "So, I suspect that farming in those two areas will be cut back by about 90%.”

Curtis also said McPhee reservoir supplies a major fishery run by Colorado Parks and Wildlife —  its water supply will get cut just as much as the local farmers.