When it comes to the everyday use of the state's water supply, running out of water shouldn't be a problem unless snowpack is low two years in a row. 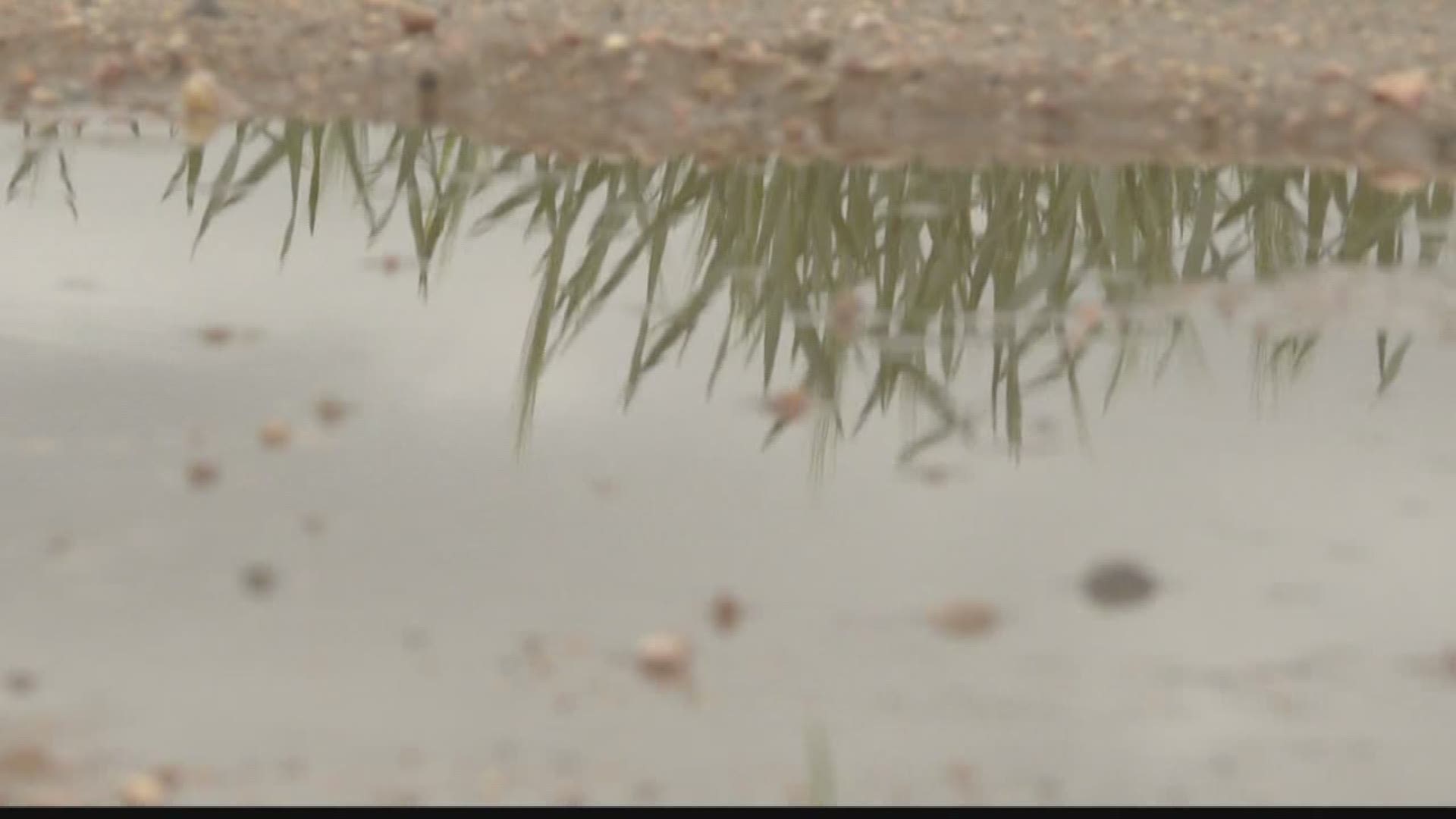 DENVER — Colorado's weekend rain was a welcome sight for many people - especially a farmer in Keenesburg.

Marc Arnusch, an irrigated farmer, describes the moisture as "a billion-dollar rain" as he looks across his farm. He wears a thankful expression on his face because Mother Nature hasn't been the kindest to him or his crop this year.

"It's been a very dry year," Arnusch said. "This is the first measurable rainfall we've had in weeks, if not months. In the arid plains of eastern Colorado like this, we're always just one rainstorm away from a crop failure."

When the rain doesn't come, Arnusch said his farm relies on water from the South Platte River. So does Denver Water. The river makes up half of the supply they use to serve about 1.4 million customers. This year, water levels aren't looking great.

"Snowpack in the South Platte collection system... is well below average," said Travis Thompson, a spokesperson for Denver Water.

The other half of Denver Water's supply comes from the Colorado River Basin which also isn't running at the level it usually does. The river's water flows have already peaked, according to the National Weather Service.

"It looked like a very unusual year," said Andy Schultheiss, Colorado Water Trust's executive director. "It was a La Nina year and a lot of storms passed to our north. It was looking bad quite early this year."

The collection systems from both rivers are made up of snowpack which is important when it comes to putting out wildfires, according to Schultheiss.

"People think summer storms help with wildfires but they don't actually prevent it," he said. "It's those snowpacks that infiltrate into the soil that really control wildfires. So, when you have a year like this, when there's very little snowpack, the potential for a serious wildfire goes way, way up."

That's on top of Colorado Governor John Hickenlooper's latest wildfire outlook for the year. National Predictive Service models indicate an above-average core fire season for the first time since 2012 and 2013 in portions of the state.

When it comes to the everyday use of the state's water supply, Schultheiss said running out of water shouldn't be a problem unless snowpack is low two years in a row.

"Then we might be in crisis mode," he said. "When that happens, all bets are off and we're fighting to prevent that."

Arnusch is working to prevent running out of water at his farm, too. He said he plans to store some of the weekend's rainfall for a future, not-so-rainy day.