One was spotted about 10 miles southeast of Julesburg. 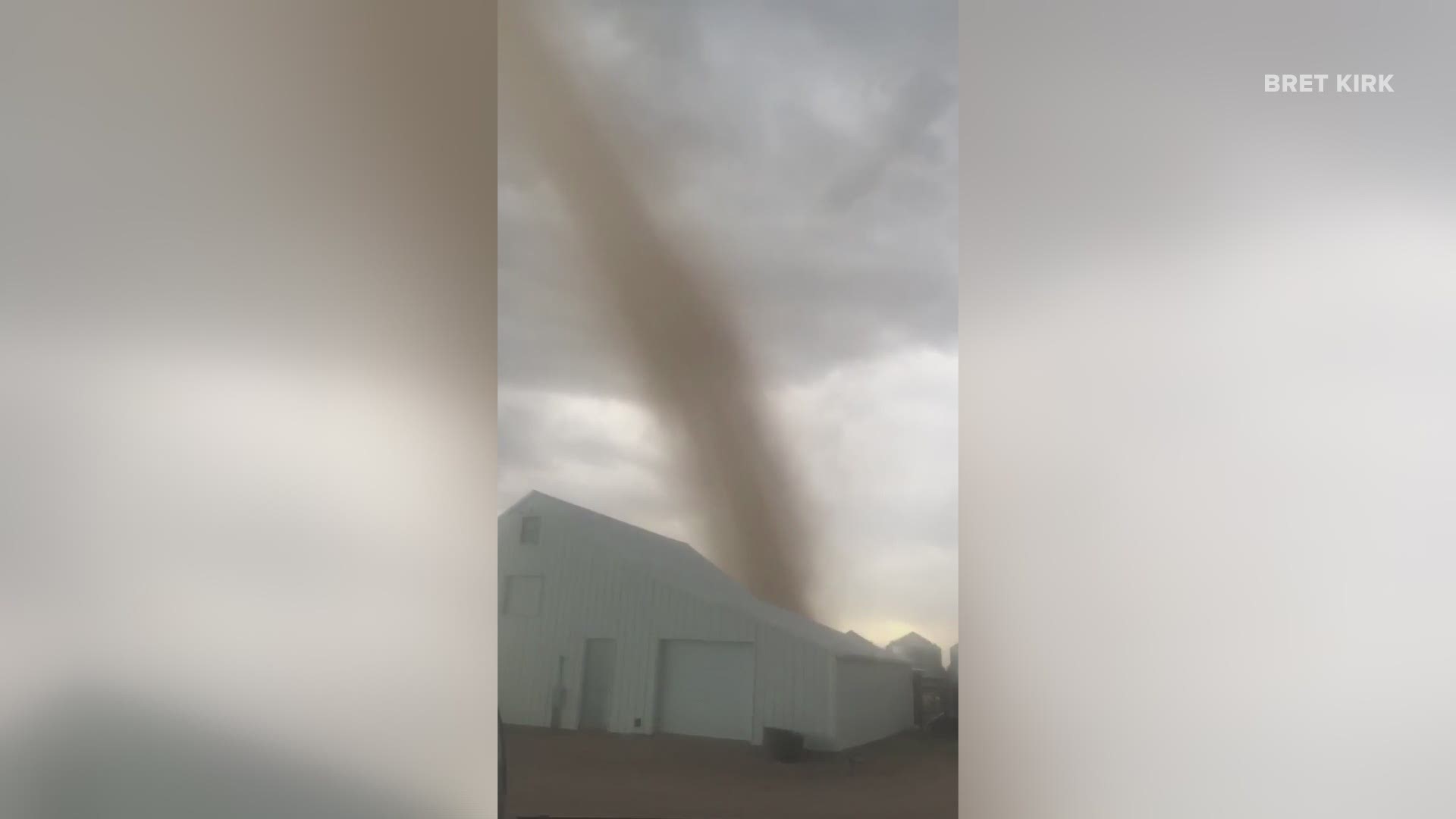 One tornado was spotted about 10 miles southeast of Julesburg. The National Weather Service Boulder said several tornadoes were reported.

A tornado warning was issued for Julesburg and Amherst just after 6 p.m.

Severe thunderstorm warnings were also issued in parts of northeastern Colorado on Wednesday. The National Weather Service reported half-inch pieces of hail and wind gusts up to 50 mph would be possible.

A local resident reported damage from one tornado, saying it took out an 80-year-old small wooden granary.

After an unusually quiet May in terms of tornado activity across the United States mainland, June 2020 followed suit by hitting some record lows.

RELATED: There were relatively few tornadoes in the US in June