Sylvan Dale Guest Ranch outside Loveland evacuated more than 60 horses from the Cameron Peak Fire in October – now they're prepping for snow. 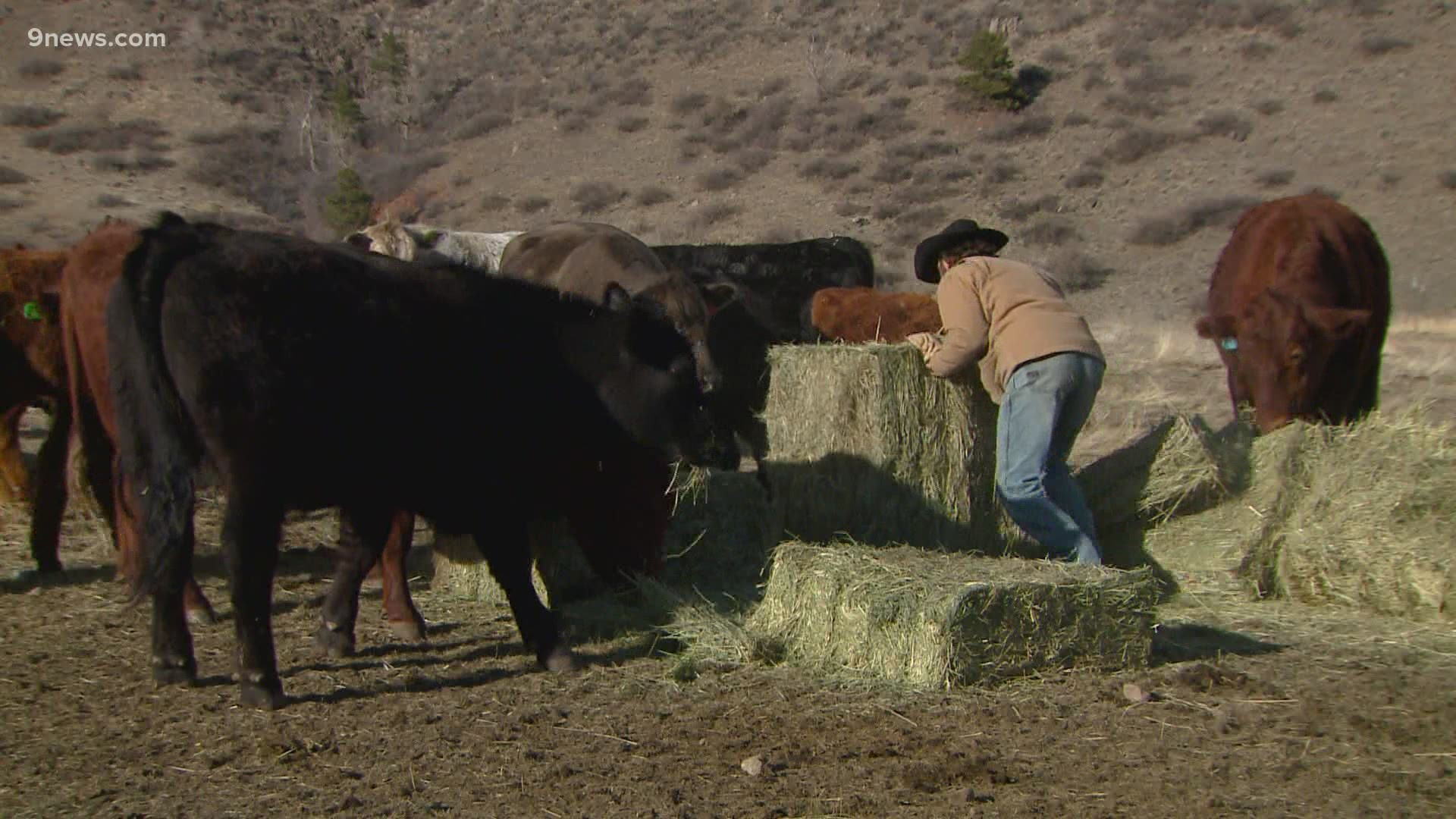 LOVELAND, Colo. — On a ranch where there’s always something to do, a forecast that calls for several feet of snow now has the tractor moving a bit faster.

As people rush to grocery stores to stock up on food, Colorado ranchers are preparing for their livestock to be out in a pasture covered in multiple feet of snow.

Josh Ciardullo is in charge of the 40 or so cattle at Sylvan Dale Guest Ranch just outside of Loveland.

"We’re kind of at the mercy of what Mother Nature throws at you and you do the best you can," said Ciardullo. "Right now, we’re just providing some extra hay, grass and alfalfa so when the weather gets cold they have some extra calories."

Ciardullo spent a beautiful, sunny March day rolling out more hay and filling water tanks for the herd, preparing for the kind of weather Colorado throws out this time of year.

By the time the storm rolls through, the snow could be taller than the weeks-old calves on the ranch. They’re hoping no more are born in the next couple days.

"That’s what we’re hoping doesn’t happen in the middle of a snow storm," said Ciardullo. "Just roll with the punches and anticipate the worst and hope for the best."

As Sylvan Dale prepares to be snowed in, it’s hard not to think back to last October, when the Cameron Peak Fire forced the ranch and all its livestock to evacuate. The flames came close, but spared the 75-year-old guest ranch.

"With the fire, it was kind of a similar situation. A lot of not waiting until you have to act. Getting ready for it beforehand," said Dustin Call of Sylvan Dale Guest Ranch. "Up to six or even eight inches of snow, they can forage through that and get their own feed. You get much over that, which is what we’re looking at, and they can no longer get through that snow to forage for themselves."

The ranchers at Sylvan Dale said the deep freeze a couple weeks back was actually harder to prepare for and more dangerous for the livestock. They hope the temperatures stay warmer with this storm.

"The temperatures don’t look like they’re going to get too low. Just looks like a lot of snow accumulation," said Ciardullo.

From fire to snow, the ranch survived – a little quiet time wouldn’t be so bad either.

The ranch said it will share photos of the snow totals and their livestock on their Instagram page.