3-dimensional scans can lead to computer models and even 3D prints. 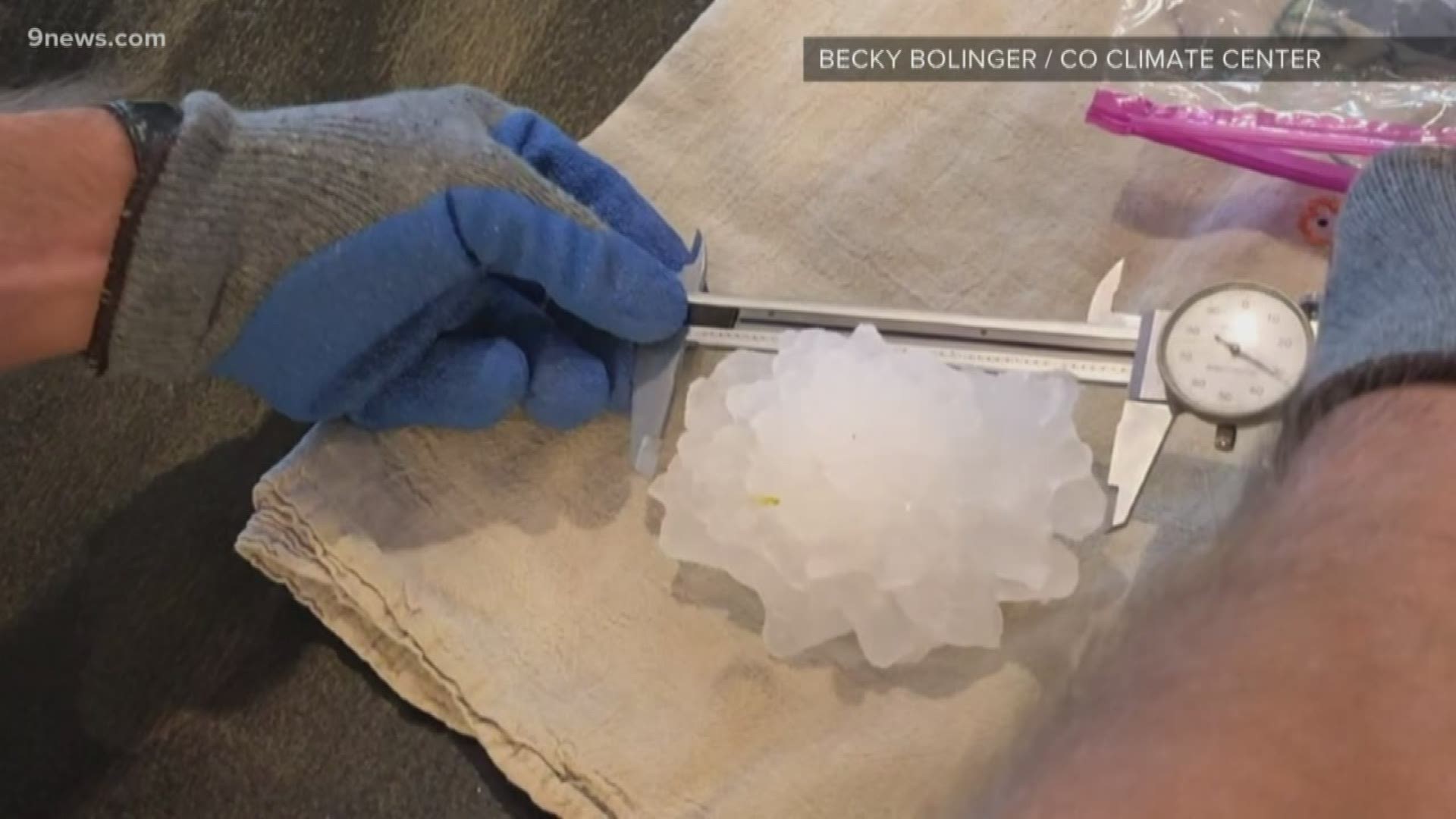 BETHUNE, Colo — In Bethune on Sunday, the backseat of a van became a makeshift laboratory for hail science.

A record-breaking hailstone that fell in Kit Carson County last week is still grabbing some attention. A research group from South Carolina made the trip to Colorado to photograph it with a 3D scanner.

RELATED: 'We are definitely nerding out': Large hailstone may set Colorado record

RELATED: Is this the biggest hail ever in Colorado? State record possible

“The pedestal, you can see, has little tiny dots on it. Those are infrared positioning targets that let the scanner know its position relative to the object; in this case, a hailstone,” said Ian Giammanco, the chief research meteorologist at the Insurance Institute for Home and Business Safety (IHBS).

IHBS is a nonprofit organization geared to reducing the cost of hailstorms, which they say smacks Americans with about $10 billion a year.

It was Colorado’s new 4.83-inch record-breaker that was front and center.

“The stone itself kind of resembled the Alabama record — kind of an oblique, flatter shape, with some really big lobes and spikey fingers that kind of stick off this particular hailstone,” Giammanco said.

They can create high-resolution computer models with these scans, and they can even 3D Print them.

“That enables us to study the aerodynamics of a hailstone using wind tunnels," Giammanco said. "This tells us how fast they fall and ultimately how much energy they have when they hit things like your roof or your car.”

At the IHBS headquarters, they can simulate real-life hailstorms using special electronically controlled potato guns that shoot hail at roof materials and vehicles at a specified pressure and speed.

Sunday night, after the 3D scan, that team transported the record hailstone to NCAR in Boulder.

"They packed it with both dry ice and crushed ice from Sonic, and shaped the ice around the hailstone which was still bagged up and wrapped in a towel," said Giammanco.

Now an accurate replica of Colorado’s record stone can be studied in multiple labs at an unlimited time scale.

"Our ultimate goal is to get folks to start understanding that we need to start building with hail in mind," Giammanco said. "There are products out there that can be more resilient to hail impact." 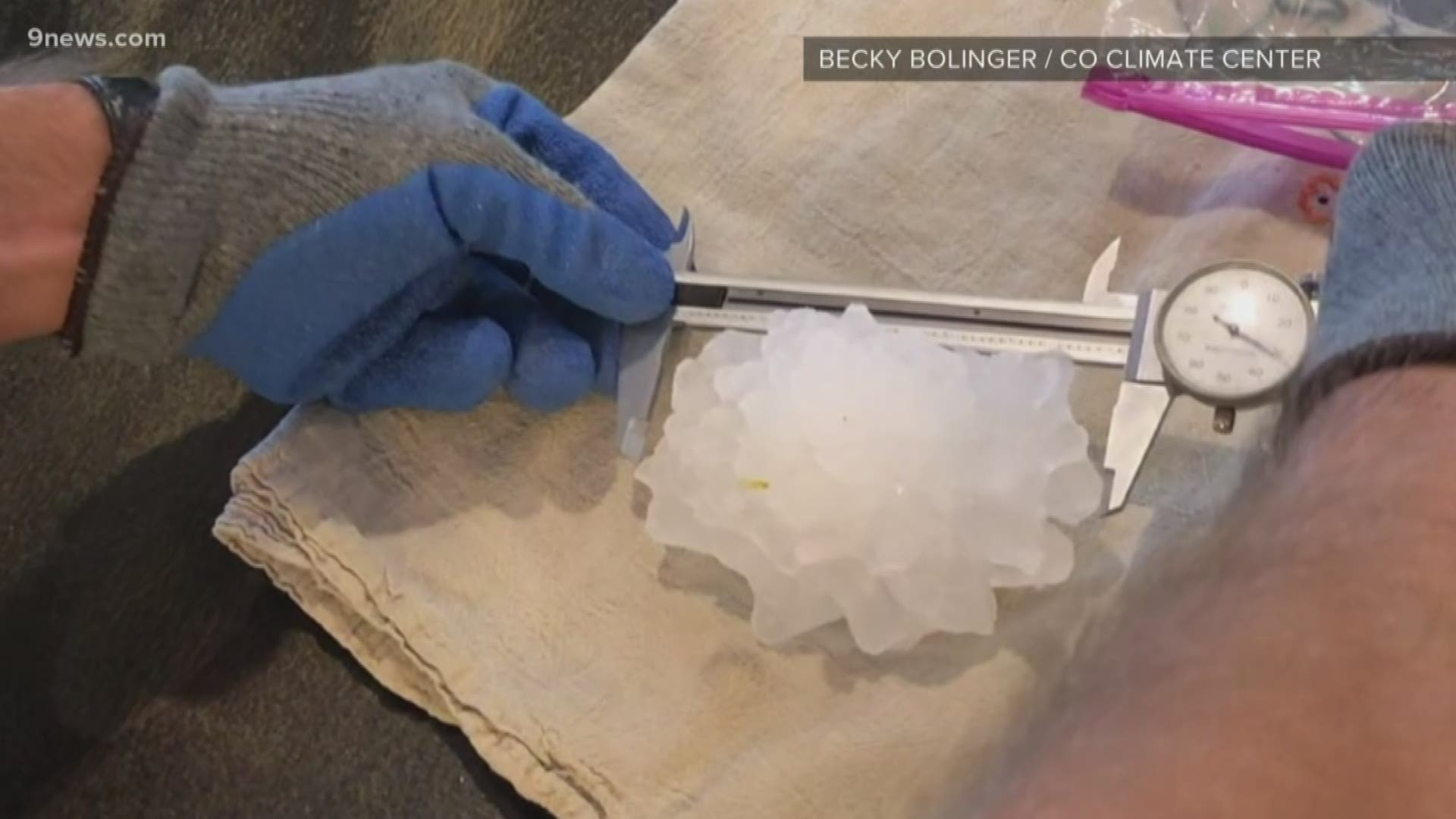