"Our blessing, kind of, was their curse," said Paul Schlatter, a meteorologist with the National Weather Service in Boulder. 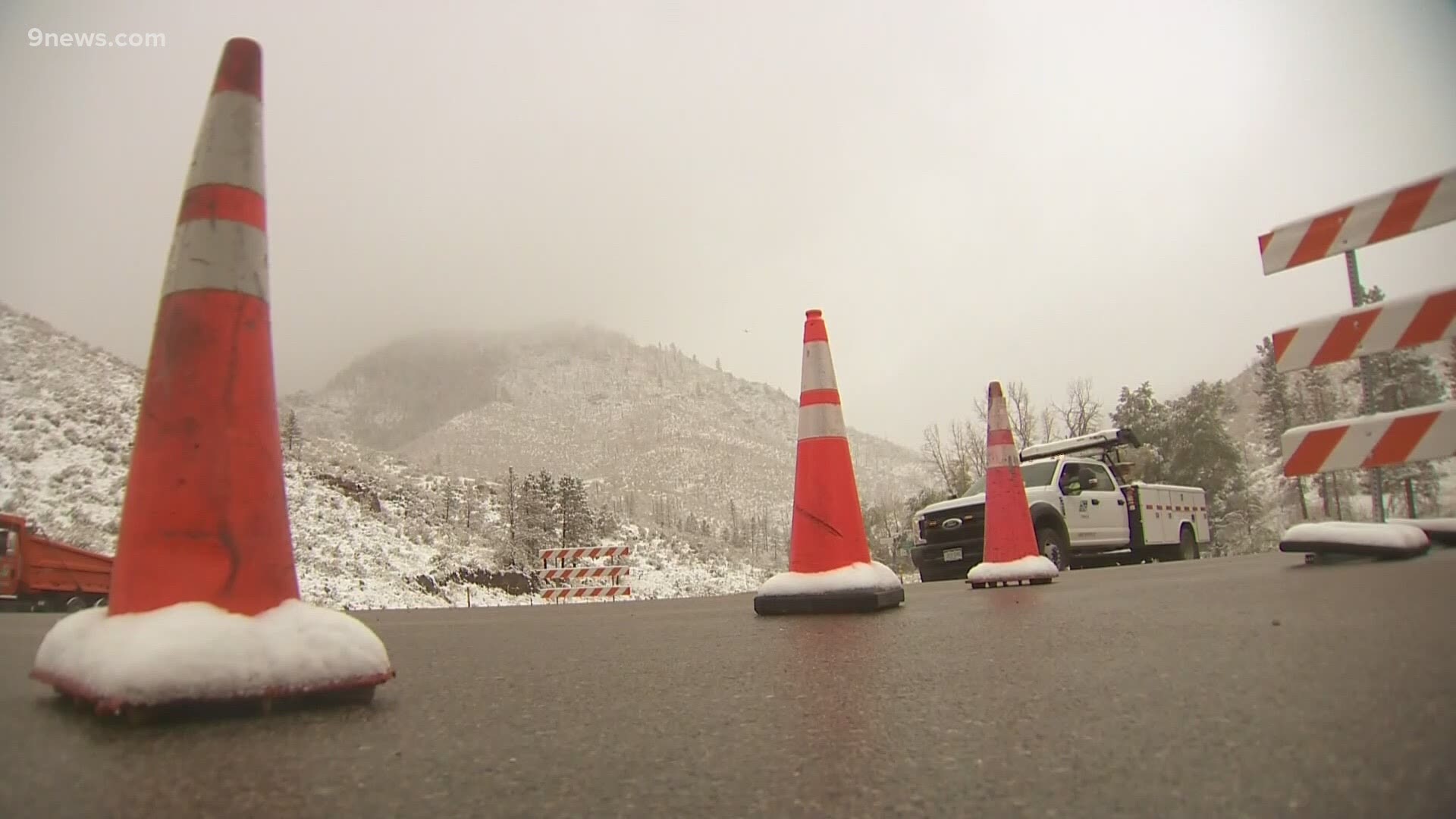 DENVER — The haze over Colorado made its return on Tuesday after a weekend inside a 'smoke-free bubble.'

A wind shift last week caused the smoke from California and Oregon’s wildfires to drift west over the Pacific Ocean. That brought some of those strange orange skies that Colorado towns have seen many times this summer, to some of the coastal cities on the West Coast.

Once the smoke was out over the ocean, it got ingested into a giant circulation of air that developed about 1,000 miles west of San Francisco, according to 9NEWS Meteorologist Cory Reppenhagen. Some are calling the unique feature the 'smoke swirl' or the 'smoke cyclone' for its counter-clockwise circulation.

It spun over the ocean all weekend but has now dissipated over Canada, which may allow that smoke to pay Colorado a visit in the coming days, Reppenhagen said.

Meanwhile, Colorado enjoyed a weekend of blue and mostly smoke-free skies. Thanks in part to the swirl detaining a lot of that smoke. Even as some of that smoke finally started drifting east on Sunday, our state ended up in that smoke-free bubble.

As the haze returned on Tuesday, the Front Range looked more like vague mountain outlines from downtown Denver as a recent change in the wind sent the haze in. It's the first time Coloradans have seen it since last week's snow.

Fire crews said snow helped by bringing moisture to the area and giving them time to restrategize their approach to fighting the wildfires.

However, meteorologists said that snow here also made things worse and more dangerous for people along the West Coast.

"Our blessing, kind of, was their curse," said Paul Schlatter, a meteorologist with the National Weather Service (NWS) in Boulder.

Schlatter said the snow and cold air built up high pressure along the surface across the western part of the U.S.

"And air likes to flow from areas of high pressure to low pressure," Schlatter said. "Well, guess where the low pressure was – in California."

That caused really strong winds, gusting up to 60 mph, to push through the Sierra Nevada Mountain Range. Those winds caused the fires along the coast to spread faster and farther.

"And with how dry it always has been and how hot it has been, those fires really just took off in a matter of days because of the wind and the heat," Schlatter said.

"It’s all connected to the same thing and all of these things occurred within 24 to 48 hours of each other all because of the same weather pattern," Schlatter said.

Schlatter said the haze that has returned to Colorado will hang around for a while. He said it's going to take a prolonged West Coast Pacific storm to really help the problem.