Scientists say more data is needed to make a true correlation, but satellite images are dramatic. 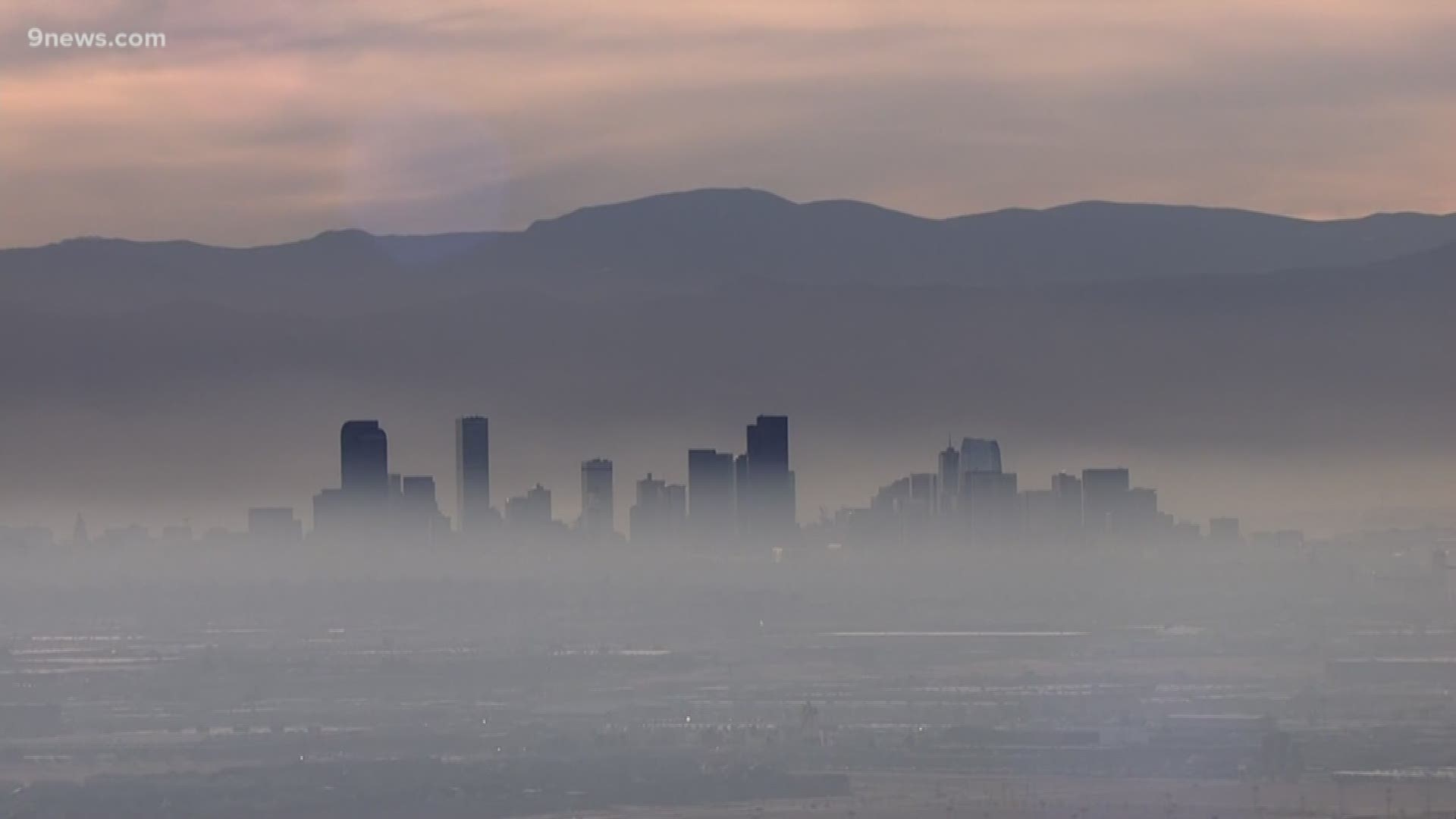 COLORADO, USA — A real-world science experiment has emerged from the quarantine orders surrounding the spread of COVID-19.

There is no way to recreate a complete shutdown of a city the size of Wuhan, China, that has 11 million inhabitants, outside of computer modeling, but scientists now have the opportunity to study the human impacts on air quality in a unique way.

“It’s not really an experiment that I wanted to have to be honest, and I don’t think any of us wanted to have that,” said Gabriele Pfister an atmospheric scientist with the National Center for Atmospheric Research (NCAR). "But it's there now and we will learn from it."

Interest in how the COVID-19 shutdowns have been impacting pollution levels has been gaining public attention since satellite images have gone viral on social.

Places like China, Italy and France appear to show a dramatic reduction in air pollution during the COVID-19 outbreak.

Many of the satellite images are displaying changes in Nitrogen Dioxide (NO2) which is an atmospheric pollutant emitted by combustion processes and has a short lifetime of less than one day. This means that molecules of NO2 stay fairly close to their sources and so it is an appropriate choice to look for changes in emissions.

Pfister said we are seeing true evidence of less pollutants in the air with those satellite images, but we don't yet know how much is a result of the virus shutdown and how much has to do with other factors.

"It's really not just a signal of people staying home, or closed businesses. It's much more complicated than that," said Pfister. "If you are not trained in knowing what the images are showing then you can easily misinterpret those pretty colors that and the reductions that we see."

Pfister said that the traffic data is not included with the satellite images, and neither is the current weather information.

"The winds and the temperatures will have huge impacts on how the pollution is concentrated or dispersed," said Pfister. "And satellites can not really get a measurement when there are clouds. You need to put all that together to really make a qualified statement.”

The operators of the satellite mission known as Copernicus, even wrote an article called "Flawed estimates of the effects of lockdown measures on air quality from satellite observations," explaining how pixel resolution interpreted by the satellite requires further analysis by expert scientists to make a final statement about how much impact is a result of the virus shutdowns.

So how are the stay-at-home orders impacting the air quality in Colorado?

“There is less pollution in the air if you have less traffic,” said Pfister.

That same Copernicus satellite suite also shows drastic reductions in NO2 over the United States, including Colorado, but some information is missing.

Weather patterns and traffic data are not yet available to add to the discussion, but even in Colorado where traffic is only slightly reduced, there is likely much less air pollution than there usually is this time of year.

“If you look at some of the air quality monitors that are close to the highway, you see a small reduction but not a very massive reduction,” said Frank Flocke, a colleague of Pfister's at NCAR.

Flocke said that many of the work trucks and delivery vehicles still appear to be in normal operations, and since there is not a full quarantine order in Colorado, the traffic is only slightly reduced.

"The data shows that particularly the morning rush hour is not all that different than normal," said Flocke. "It's the evenings where we are seeing more of a difference."

Flocke said that the NO2 content on the Front Range is not high enough to violate EPA standards by itself. Our big pollution problem here is ground ozone which is created when the sunlight bakes the greenhouse gases already present, like NO2, into a different pollutant.

“The days are too short and there’s not enough sunshine to make significant amounts of ozone this time of year,” said Flocke. "We don't see dangerous levels of ozone pollution until about June."

The springtime is typically when the air quality is best along the Colorado Front Range.

Summer is when we get our worst air quality days on the Front Range. Pfister and Flocke said that we would likely see a more noticeable change in air quality at that time, but are, of course, hoping this situation be over by then.

NCAR says it would take about a month to acquire all the traffic and weather data necessary to tell the true impact of the shutdown to our air quality – and that is something that scientists are already working on.

The Colorado Department of Public Health and Environment manages a small network of ground-based pollution sensors. Those have been displaying mostly good air quality for the past two weeks, but then again, our air on the Front Range is normally in that range this time of year.

A media representative told 9NEWS that they are working on compiling some specific data about how air pollution on the Front Range has changed since the local traffic patterns have been reduced. They hope to share that information with the public in the coming days.