How satellites can be the first to find wildfires

Wildfires are being detected and tracked by latest generation of satellites. 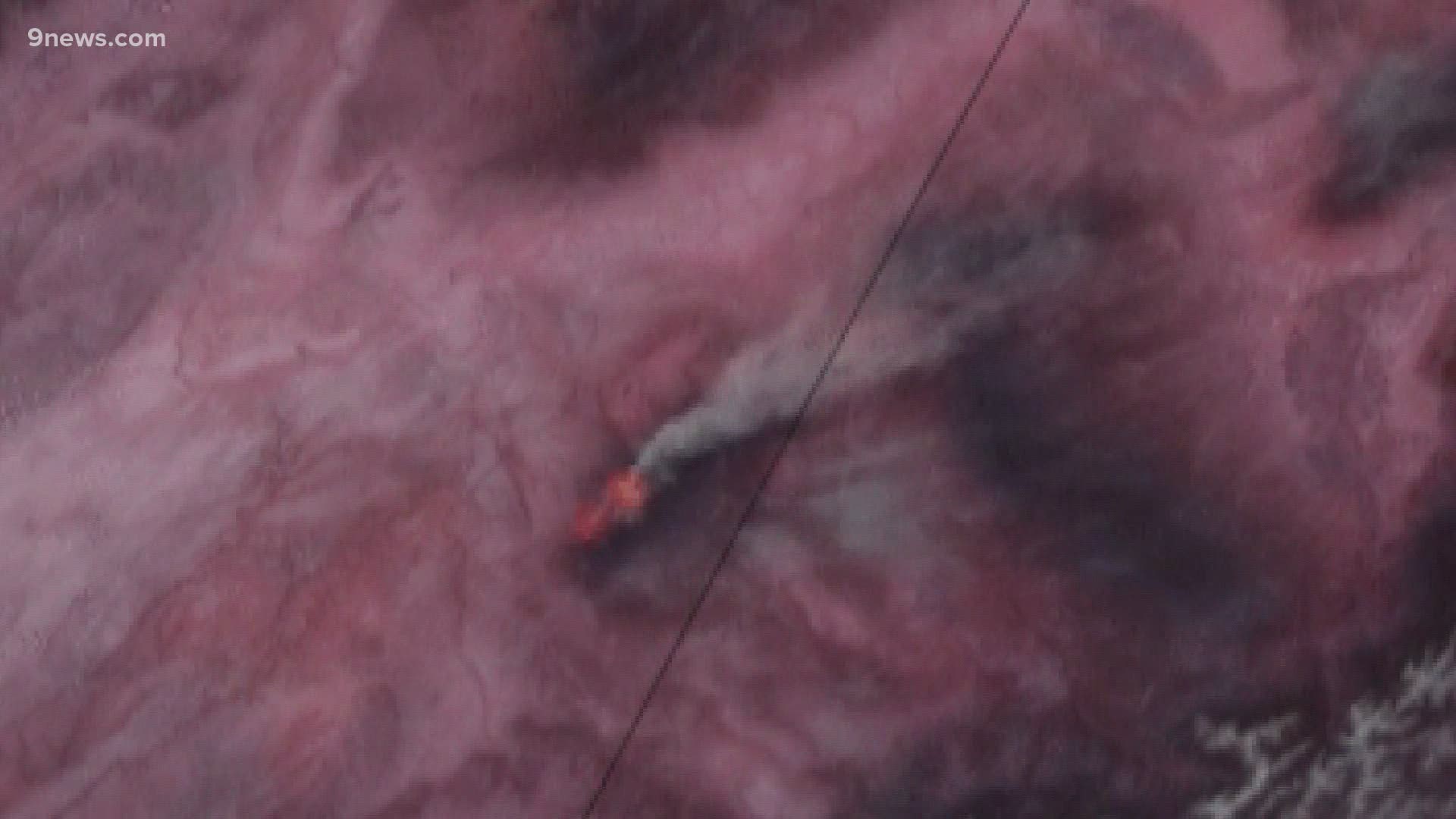 FORT COLLINS, Colo. — Wildfires may start out of sight from firefighters and nearby towns. That ignition does not go completely unnoticed. New weather satellites also play a critical role in spotting wildfires.

“We do sometimes see the hotspots from the satellite before anyone else notices it,” said Dan Lindsey with the National Oceanic and Atmospheric Administration (NOAA)'s National Environmental Satellite, Data and Information Service.

He said a satellite can detect a very small fire just minutes after it starts.

“Even something like a small barn burning out in the middle of the plains, we can still detect it if it’s hot enough,” he said.

Lindsey said the satellite's camera detects heat energy in different wavelengths. Scientists then assign the colors red, green and blue to three of those wavelengths which produce a filtered image they call the Fire Temperature RGB.

“It looks like an actual flame due to the colors that we choose, the visualization technique, but no it’s really just the hot spot itself,” he said.

From 22,000 miles up into space, the newest generation of geostationary weather satellites can now send back a new image every minute.

“What that means is that we can actually track the hotspots from the fires as they move, as they progress,” Lindsey said.

RELATED: Yes, satellites are making it more difficult for astronomers to observe space

The greatest advantage of geostationary satellites is that they are always watching and they never take their eyes off of the fires. But they do sacrifice image resolution from that distance.

There are also polar orbiting satellites that can take higher resolution pictures of wildfires from lower altitudes. The disadvantage there is that they only make two passes a day over a wildfire, and one of those times is at night.

Lindsey said it's important to have the two kinds of satellites work in unison to optimize the impact on wildfire detection and tracking.

Lindsey said the birds-eye view allows firefighters to follow the evolution of every quadrant of the largest fires simultaneously. It also gives them useful information like fire temperature, and the size of the perimeter.

The Fire Temperature RBG technique was actually developed at a branch of NOAA located at Colorado State University —  an organization called the Cooperative Institute for Research in the Atmosphere (CIRA).

The technique is now used across the globe by organizations like NASA, and other countries that operation satellites.