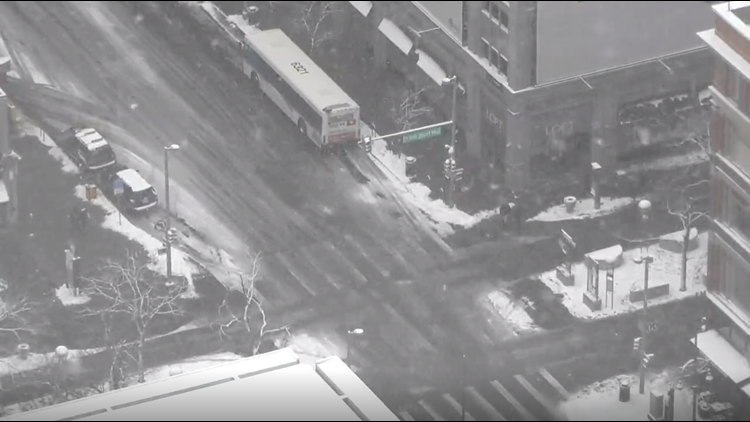 Photo by: KUSA
Here is a look at how the snow has impacted the area of 16th Street Mall and Curtis Street Saturday morning.

What you need to know on traffic updates, flight delays and everything related to the snowfall that hit Colorado Saturday.
Author: Crystal Bedoya (KUSA), Kylie Bearse
Published: 10:23 AM MST December 28, 2019
Updated: 8:02 AM MST December 29, 2019

DENVER — Saturday morning began with snowfall, and it is expected to continue throughout the day.

The Denver metro area was under a Winter Weather Advisory through midnight Saturday. Winter Storm Warnings were in effect across the far Northeastern Plains, stretching into eastern Adams and Arapahoe counties as well as Douglas and Elbert counties.

For the Front Range, strong winds and moderate snow picked up early Saturday morning. It continued to be widespread through the early afternoon.

Gusty northerly winds up to 45 mph created areas of blowing snow and poor visibility east of I-25 toward the eastern plains Saturday morning and afternoon. Travel was very difficult during this time.

The Colorado Department of Transportation (CDOT) tweeted Saturday afternoon that a stretch of Interstate 70 between Aurora and Limon would be closed indefinitely.

CDOT later extended the closure all the way out to Kansas.

Accident Alerts were set for Saturday by the following agencies:

Arapahoe Libraries tweeted Saturday that Davies and Kelver libraries were closed due to poor weather conditions.

(according to FlightAware at 8 p.m.)

Denver International Airport tweeted Saturday that all six of their runaways were open. The airport advised travelers to check flight statuses with their designated airlines.

Yes, dogs in the snow make this winter weather a little more enjoyable!

You can upload your photos and videos to YourTake or email yourtake@9news.com. If you have our mobile app, you can upload media directly through the YourTake page on your phone or tablet.

A photo gallery of dogs enjoying the fresh snowfall 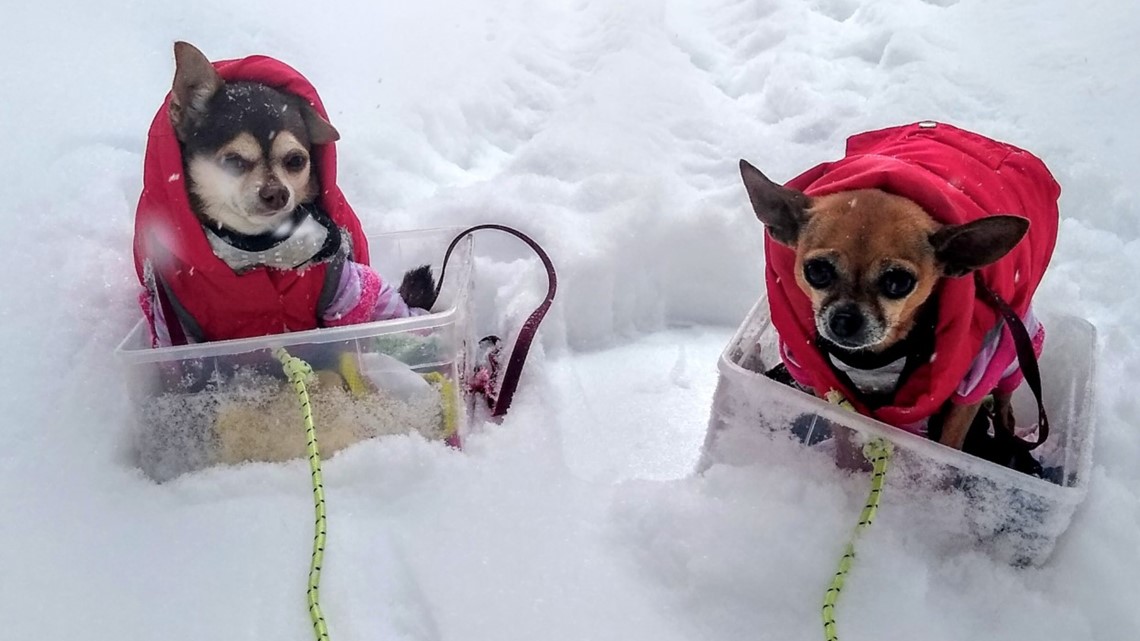