Double rainbows: The science behind the phenomenon

In a double rainbow, the second bow's color pattern is always the reverse of the first bow. 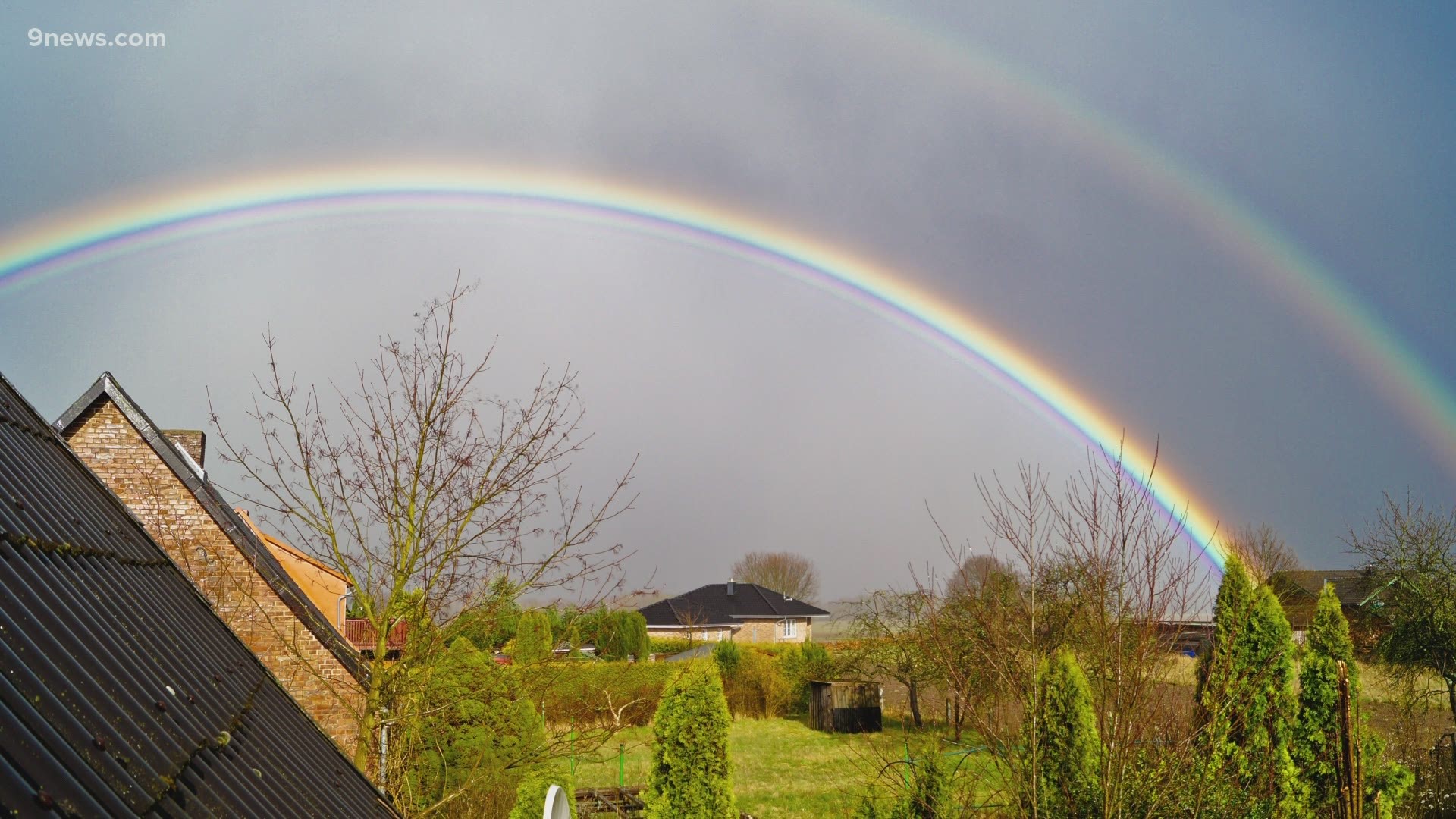 DENVER — The Front Range bid farewell to a rainy weather pattern Tuesday evening with a round of double rainbows.

One thing you may have noticed, if you were lucky enough to spot one, was that the color pattern was inverted.

The seven colors of a rainbow go from red at the top, then orange, yellow, green, blue, indigo, and violet is always at the bottom.

When there is a double rainbow, the color order is reversed.

Rainbows happen when sunlight passes through raindrops in the sky.

First the light gets bent or refracted when it enters the rain drop. That separates the colors. Then it hits the back of the raindrop and reflects the colors back towards the sun. It’s that reflection that we see in the sky as a rainbow.

Double rainbows happen when the light gets reflected twice inside the water droplet. It’s a reflection of the reflection.

So technically, the first bow shows the color pattern backwards and the second reflection corrects the pattern. Its kind of like when you look at the words on your shirt in the mirror and they appear backwards. Then if you look at that reflection in a second mirror, the letters are corrected.

Credit: KUSA
Color order is the first rainbow reflection is backwards, and the second reflection corrects the order.

The second reflection is theoretically always there, its just sometimes too faint to see with our eyes. That's because more light gets scattered with the second bow and it takes up more space, usually almost double the size of the first bow.

Scientists say that triple rainbows have been observed but never photographed. That’s how rare those are -- but the color pattern in the third bow would match the reversed pattern in the first bow.

And getting closer to the rainbow won’t make it brighter, because its actually not there. It’s an optic illusion. The reflection is real, but it doesn't exists spatially. So no matter how close you think you're getting to finding that pot of gold, you never will quite get there.