The scope of the damage in Boulder will be determined over the next week, with trees being cleared based on priority, city officials said. 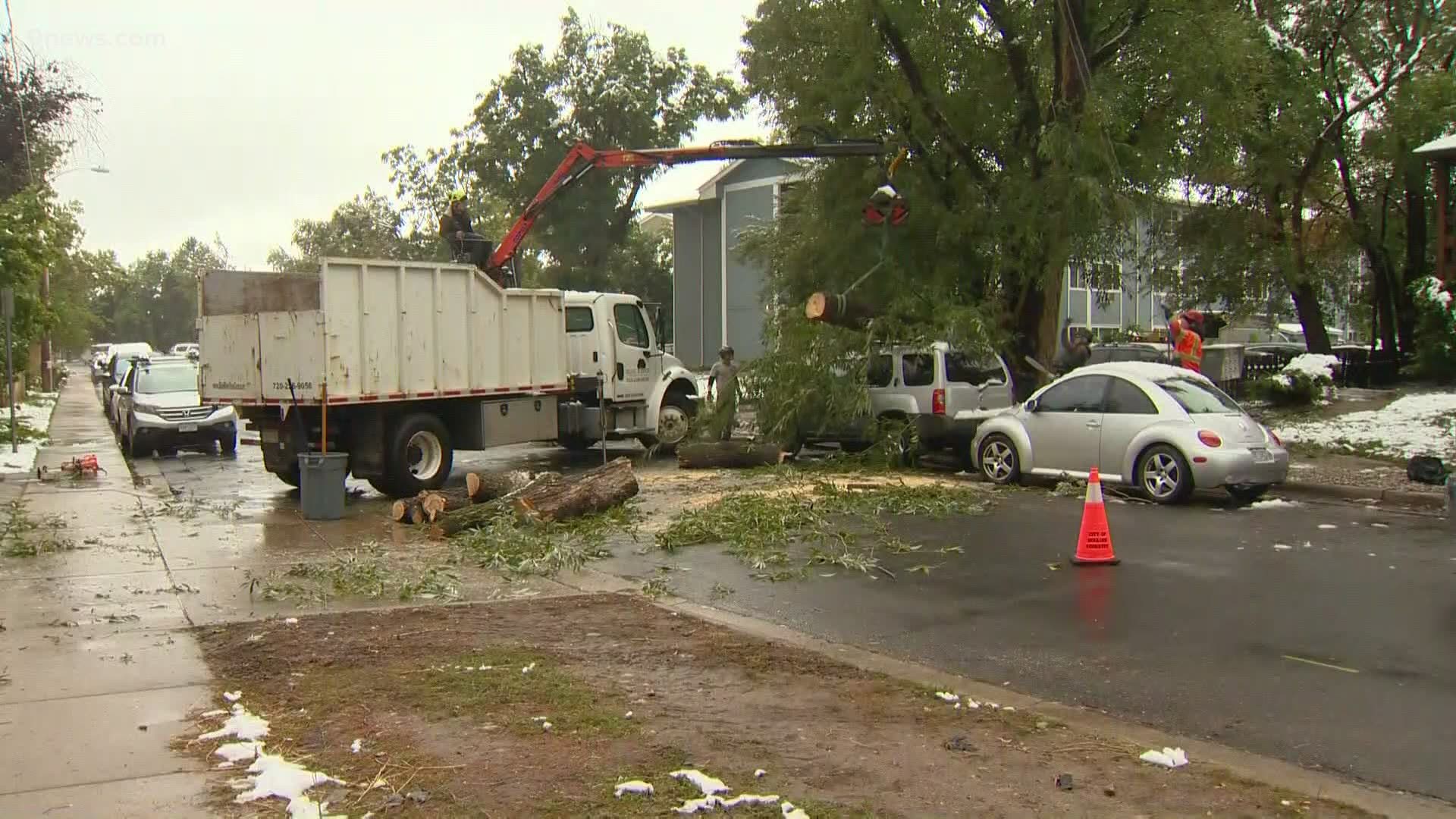 BOULDER, Colo. — A September snowstorm that brought heavy, wet snow to areas of Colorado on Tuesday left behind damaged trees along the Front Range by Wednesday morning.

> Watch above: Saving your trees from the heavy snow .

Residents are asked to stay off the Boulder Creek path from 17th Street to Eben G. Fine Park as a large number of trees have fallen and blocked the path. Crews will begin clearing the path as soon as it is safe, the City of Boulder said in a news release.

The early snow caused significant damage and debris in Boulder. Crews are clearing fallen branches and trees all over the city.

Boulder's forestry team, which manages about 50,000 trees in the city, is working to assess damage to public trees caused by the snowstorm. The scope of the damage will be determined over the next week, with trees being cleared based upon priority.

The most immediate public safety concerns, according to city officials, are broken, hanging branches that have the potential to fall unexpectedly, and clearing blocked streets and multi-use paths.

Boulder residents are asked to report any hanging or broken branches in public trees at Inquire Boulder.

RELATED: How you can protect your plants from Colorado's snow and cold

RELATED: What to do with sprinklers and plants before snow