The fast-moving storm dumped a massive amount of rain on Highlands Ranch and Centennial just before 2 p.m. on Friday. 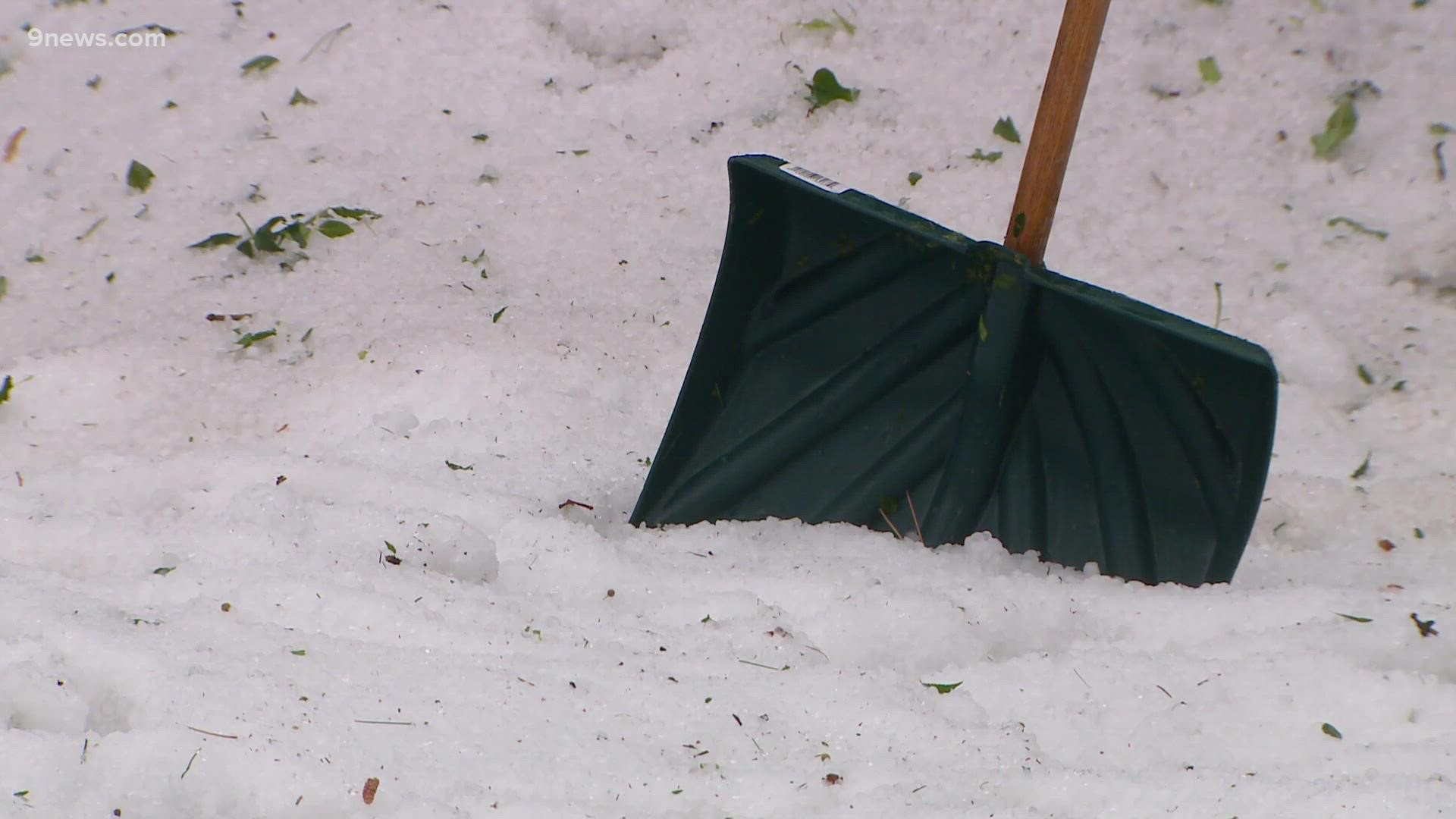 DENVER — Heavy rain and hail moved quickly through much of the southern Denver metro area on Friday afternoon.

South Metro Fire Rescue (SMFR) said they responded to four 911 calls for vehicles that were stuck in standing water in intersections along South Broadway, but by the time they arrived, the water had receded. No injuries were reported, SMFR said.

About 1.49 inches of rain fell in Centennial in 19 minutes, which is more rain the the previous six week combined, meteorologist Chris Bianchi said.

VIDEO ABOVE: Shovels come out after storm dumps hail in Douglas County

The National Weather Service (NWS) issued a Severe Thunderstorm Warning from about 1:20 until 2 p.m. for areas including Centennial, Parker, Littleton, Castle Pines and Franktown. NWS said hail up to half-dollar sized and 60 mph winds were possible.

We're expecting a dry-out as we move through the holiday weekend as temperatures continue to warm back up, even creeping into the low 90s for Monday on Labor Day.

RELATED: Colorado will see less storms and more warming through the holiday weekend

Saturday will be partly cloudy with only an isolated storm. We're expected a high 83 and low 57.