Tell your family and friends: Avoid traveling in Rocky Mountain National Park and most of Larimer and Grand counties on Friday and Saturday. 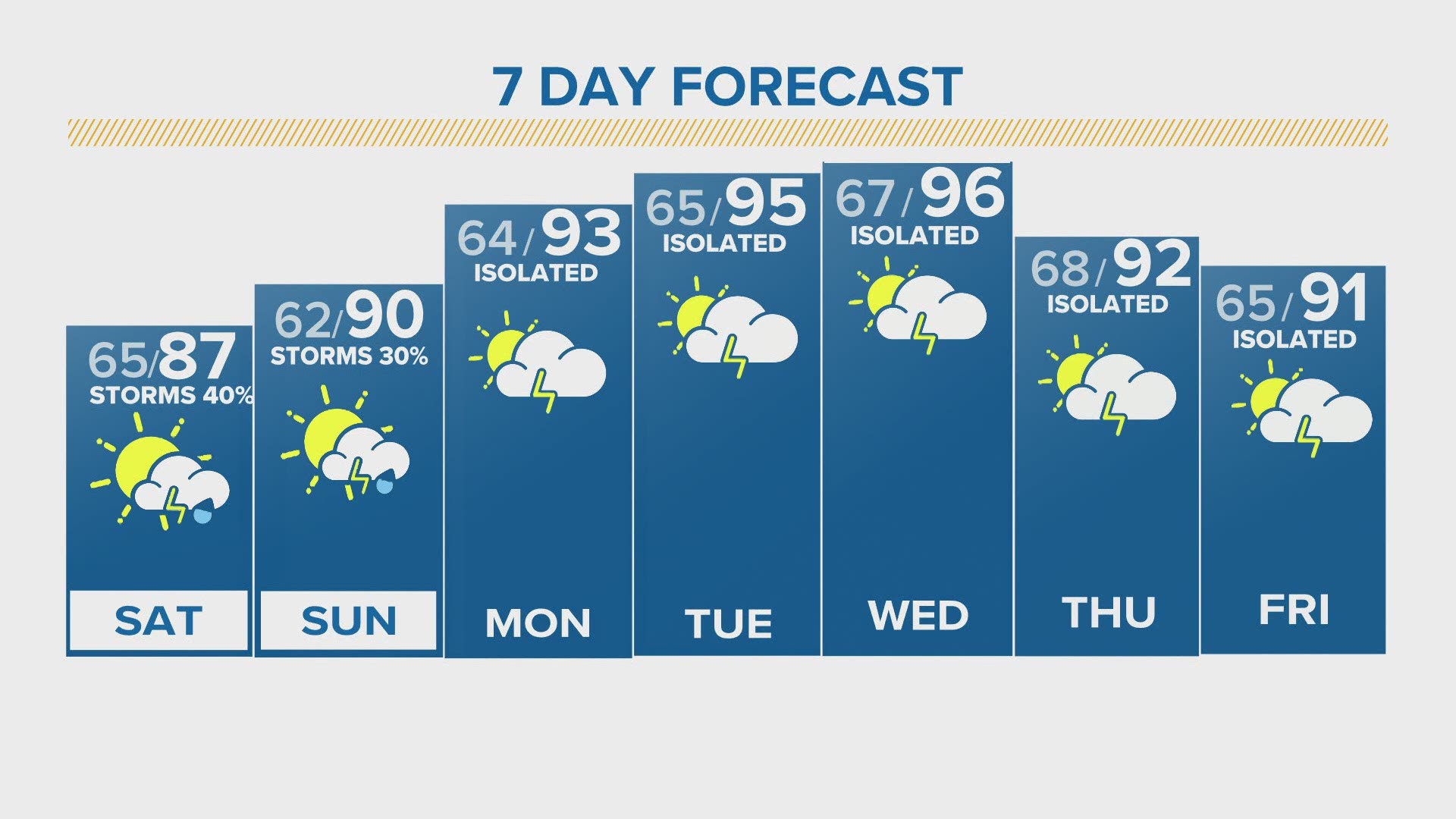 GRAND COUNTY, Colo. — There's a very high threat for flash flooding on Friday in the mountains, and specifically in or near the Cameron Peak and East Troublesome burn scars on Friday.

That means travelers should avoid Rocky Mountain National Park, Poudre Canyon and most of Grand and Larimer counties on Friday. Flash floods and mudslides are likely to develop there.

Moisture values are exceptionally high over the burn scar areas, and following a week's worth of relentless heavy rain, they're extra vulnerable to flooding.

Precipitation on steep terrain that was severely burned can cause flash flooding within minutes. If you are in an area vulnerable to flooding & debris flows, plan in advance & move away from the area. There may be very little time to react once the storms and rain start. #cowx pic.twitter.com/dhQkZ6iWrs

Flash Flood Watches cover a big chunk of Colorado, including much of the southern portion of the state as well.

However, the more immediate concern for flooding will be over the northern Colorado burn scars, where a deadly flash flood took place on Tuesday.

Specifically, there appears to be an extra high risk on Friday for the Cameron Peak burn scar, where one person died and three people are missing after a flash flood swept through Poudre Canyon.

Burn scars are especially vulnerable to flash flooding because of the lack of vegetation of them, meaning there's nothing to absorb the rainfall. For a simple analogy, it's like pouring a bucket of water on a tile floor versus a carpet.

A flood threat will continue into Saturday before a generally drier and calmer Sunday and Monday.

RELATED: Extended closure of I-70 expected in Glenwood Canyon due to debris flows

RELATED: Crews working to restore power to residents around damaged area in Poudre Canyon after mudslide