'Smoke-free bubble' breaking down over Colorado 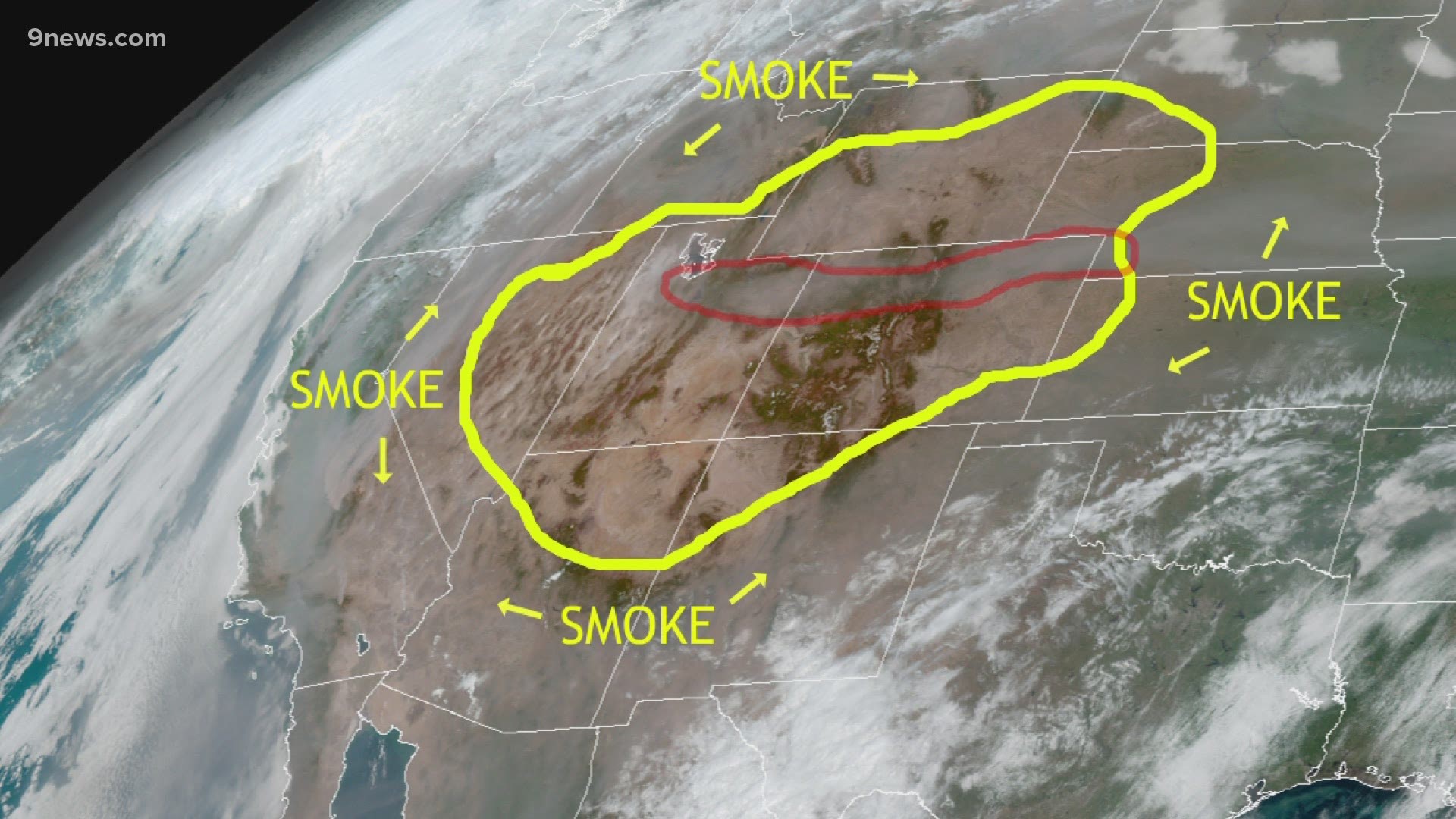 COLORADO, USA — A wind shift last week caused the smoke from California and Oregon’s wildfires to drift west over the Pacific Ocean. That brought some of those strange orange skies that Colorado towns have seen many times this summer, to some of the coastal cities on the west coast.

Once the smoke was out over the ocean, it got ingested into a giant circulation of air that developed about 1,000 miles west of San Francisco. Some are calling the unique feature the 'smoke swirl' or the 'smoke cyclone' for its counter-clockwise circulation.

A massive swirl of smoke.

Quite the extraordinary atmospheric feature. pic.twitter.com/7usBzxwBEr

It spun over the ocean all weekend, but has now dissipated over Canada, which may allow that smoke to pay Colorado a visit in the coming days.

Meanwhile, Colorado enjoyed a weekend of blue and mostly smoke free skies. Thanks in part to the swirl detaining a lot of that smoke. Even as some of that smoke finally started drifting east on Sunday, our state ended up in a kind of 'smoke-free bubble.'

Maroon Bells not showing too much fall color yet, just a little mix of gold and white. 📷: Tracy Doty pic.twitter.com/jjJ5I9G412

The view from satellite on Monday morning showed the smoke surrounding Colorado, leaving us in the middle of a pretty clear zone. Only a thin layer of smoke settled over the northern part of the state.

That layer was visible in Sunday night's sunset, but that smoke is mostly above 15,000 feet, so not impacting our air quality much. That unfortunately is forecast to change.

Starting Tuesday, winds from the northwest will likely transport high concentrations of western wildfire smoke to Colorado. That air will be sinking as it comes over the mountains, so that means it could transport the smoke to ground level, and will likely be very visible to most of northern Colorado including the front range.

The computer model is even predicting that the Middle Fork Fire near Steamboat Springs could flare sometime Tuesday. That would add some local wildfire smoke to the mix that’s coming in from out west.

May see a little smoke in the air tonight and tomorrow morning, but HRRR shows the thicker wildfire smoke returning Tuesday afternoon. pic.twitter.com/Gms1IBCs0u