The three-day conference brought in adrenaline junkies from across the world, and experts to share the latest research and trends. 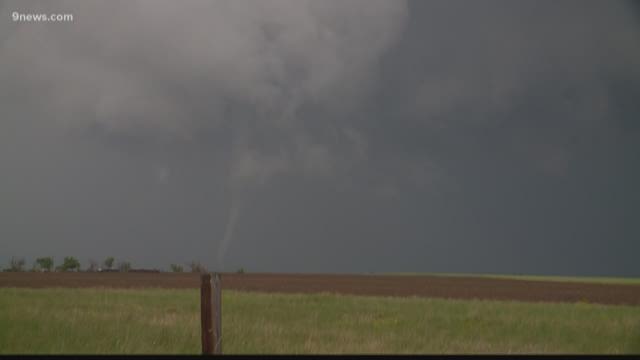 While it's still winter, many are already dreaming of spring and the severe storms it brings.

Storm chasers and adrenaline junkies from across the country converged at ChaserCon, a national storm chaser convention, in Denver this weekend.

Roger Hill is a well-known and avid chaser. Twenty years ago, he and the late Tim Samaras started the conference in his basement as just a get together.

"It was just kind of a thing to have some beer and pizza and share war stories and a little forecasting strategy," Hill explained.

Today, it’s grown into so much more.

More than 250 men and women who are usually in the path of dangerous storms, were safely seated at ChaserCon, learning about the latest scientific research.

Wurman and his crew drive their Doppler on Wheels trucks, also known as the DOW, into the hearts of storms. They take measurements and record data to later analyze to gain a better understanding of severe storms.

"If we can have better ideas about which hurricanes will intensify and when, we can make more precise and less disruptive evacuations," Wurman explained.

People from across the world flock to the United States, fascinated by these ferocious storms. Derin Kent flew in all the way from Finland to learn from seasoned chasers.

"I suppose as a kid, I had Twister on VHS and I’d seen it quite a few times. I'd never considered severe weather as something I could chase," Kent said.

Now he’s hooked and intrigued by the chasing community.

"There's an artistic aspect, a scientific aspect and it’s really interesting to see people coming at this same phenomenon from quite different angles," Kent explained.

Their motives in chasing severe storms might not all be the same, but their mission is: to stay safe on the chase, respect the storm and admire its beauty.