There was a huge blizzard in Colorado one October, and here's what happened

If you lived in Colorado back then, you remember Oct. 25, 1997. That was the day of an epic blizzard.

KUSA — You never forget what you were doing when you get caught in a major snowstorm, so most Coloradoans will remember this day 21 years ago.

Why? Oct. 25, 1997 was the day the biggest blizzard in 100 years hit the Front Range ... with a bulls-eye on the Denver metro area and the nearby foothills.

Here are the snow totals and some other stats:

- Fourteen to 31 inches in parts of the Denver metro area

- Two to 4 feet of snow in the foothills

- Twenty-five mph sustained winds, with gusts up to 60 mph

- Windchill temperatures from 25 to 40 degrees below zero

Viewers shared stories on social media about the storm. Most of the memories involved getting trapped at the airport or on the road.

9NEWS journalist and Denver native Sonia Gutierrez remembers the blizzard, even though she was just a youngster in ’97. Her mother snapped a picture of her dad and her little brother that day on the steps of Mother Cabrini’s Shrine lined with a couple feet of snow.

The Gutierrez family would always go to the shrine during their annual visit from grandma and grandpa, thankful for their safe travels from Mexico. They were not about to let a few feet of October snow stop them in 1997.

Bleeding Orange and Blue as we do here, many viewers remember being concerned that the Broncos would not be able to make their flight to Buffalo for a game that was the very next day.

There are even stories of citizens driving Broncos players to the airport on snowmobiles. This sounds like an urban legend, but honestly, I like it.

The Broncos did make it to Buffalo to beat the Bills in overtime. They went on to win the Super Bowl that season. No fan will forget that either.

By the way, 1997 was the second strongest El Niño season in history until 2015. You might remember what happened that year too. Yup, that means the Broncos won Super Bowl Championships in both of the strongest El Niño years in history (eat your heart out Elias Sports Bureau).

This season's El Niño is only expected to be a weak event, but maybe it or the Broncos could surprise us.

El Niño years do seem to favor big snow events along the Front Range, and that would be due to a higher likelihood of receiving southern storm tracks.

That’s what happened in 1997. It was a classic 4-Corners Low setup, which refers to the location of the low pressure. This is a storm in that spot delivers strong upslope winds to the Front Range, in this case a cold Arctic airmass was already in place in eastern Colorado.

It's a rare recipe for big snow in Denver.

On average, a storm like that only comes around once every 6.8 years. Since 1950, 10 storms have delivered more than 16 inches of snow to Denver. 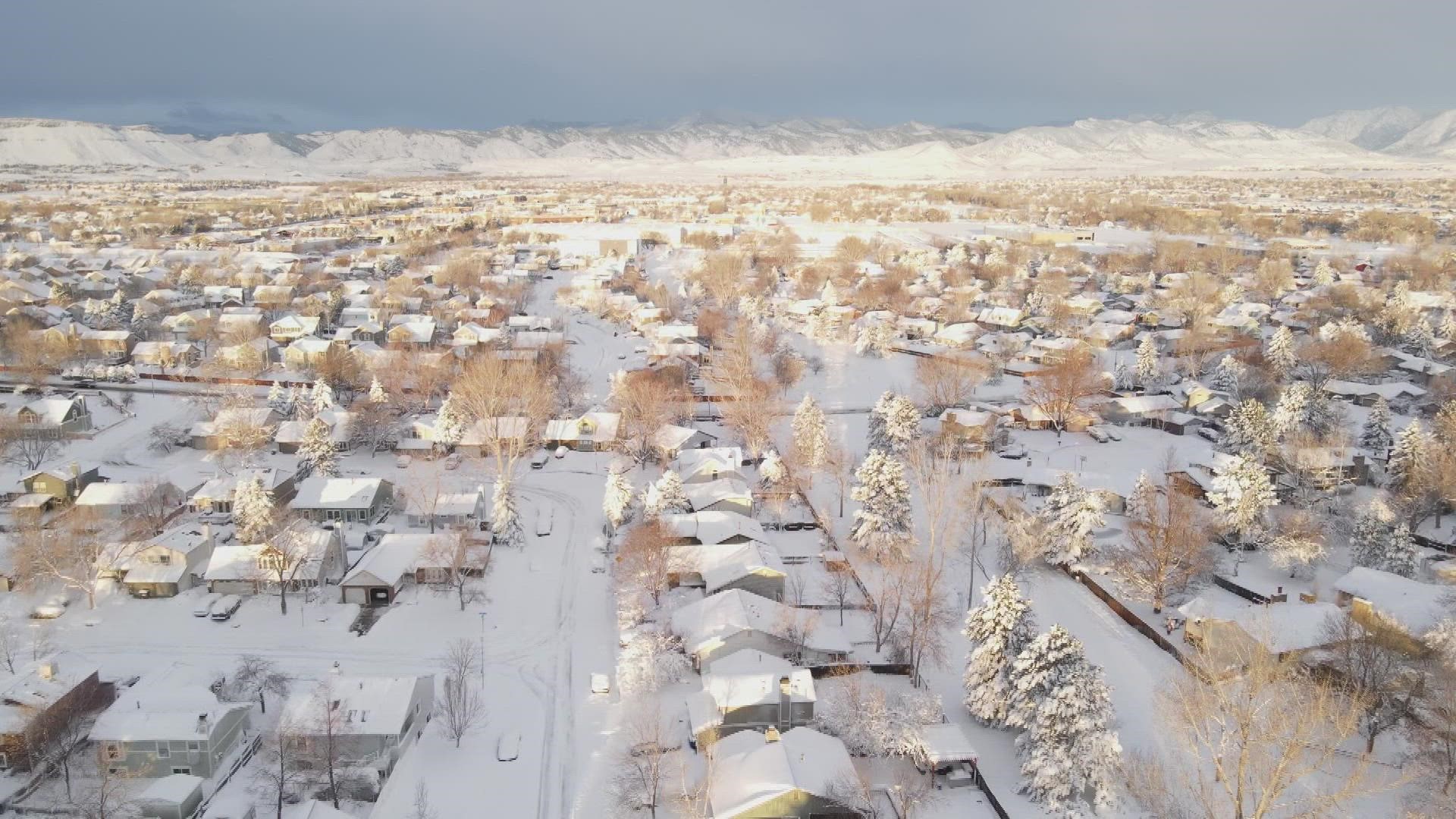