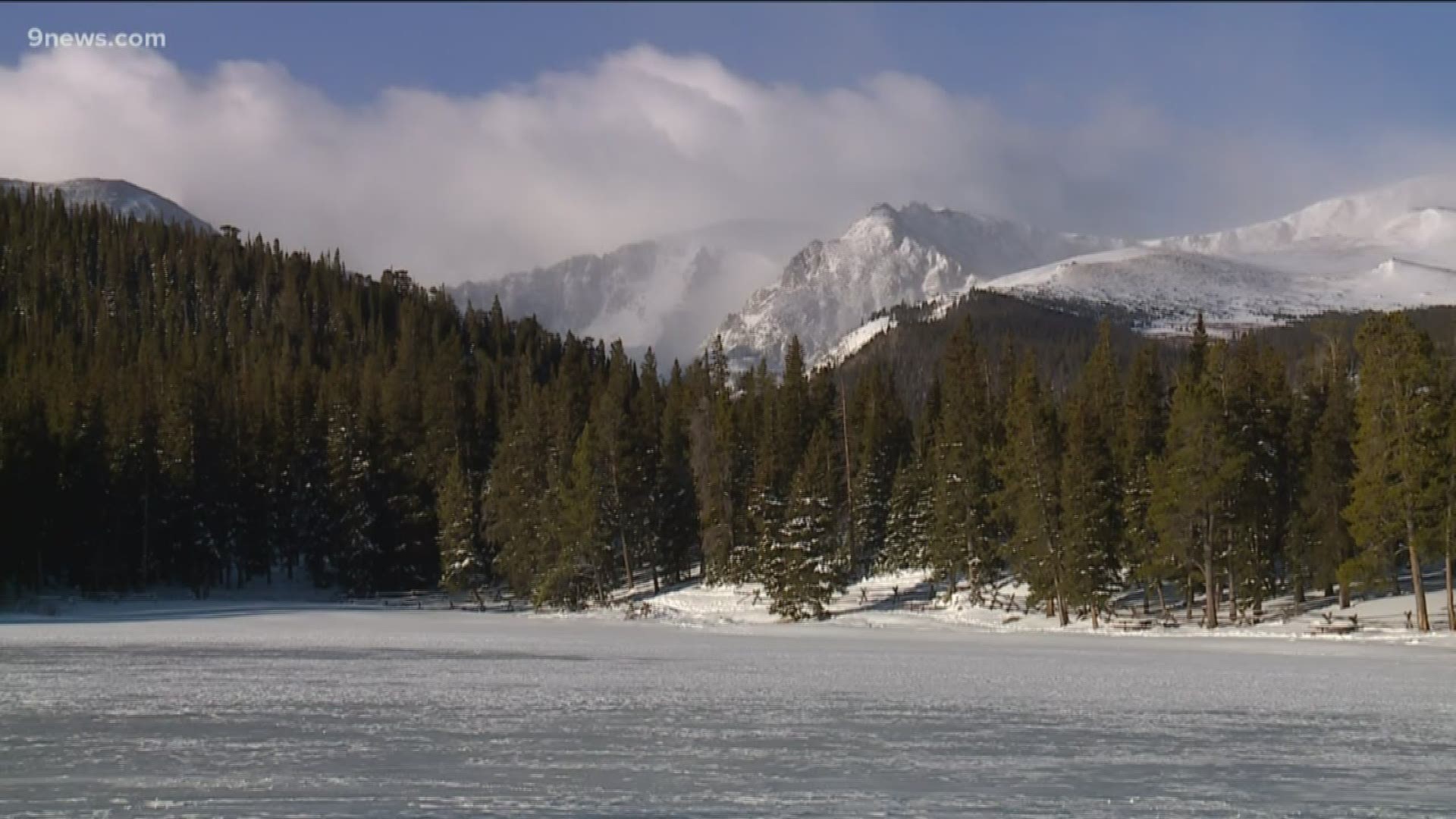 COLORADO, USA — Monday morning was the coldest day of the month for most of Colorado, including Denver which had a 3 degree low at the Denver International Airport.

The perception is that it is always cold in December, right? It's strange to think that an average temperature of freezing, is actually warmer than average.

The month of December is usually Denver’s coldest month of the year. With an average temperature of 30 degrees, it is just slightly colder than January's average of 30.7 degrees

Credit: KUSA
December is on average, the coldest month of the year in Denver with an average temperature 30.0 degrees. That is just slightly colder than January's average.

As of Sunday, Denver had an average temperature of 34.3 degrees for the month. The final 2 days will be pretty cold, though.

RELATED: Warming up through the New Year! Highs in the 50s Wednesday

That will likely drop our average closer to 34.0, but that is still a full 4 degrees warmer than average. And it would finish as the warmest December in 9 years for Denver.

All of the weather stations across the Front Range are reporting temperatures well above average for this December, although many of them have 2017 as even warmer.

Credit: KUSA
Denver's temperature at midnight on New Years Eve is likely to be the warmest in 6 years.

Those warm temperatures are expected to spill over into the beginning of 2020 with the warmest New Year's Eve in 6 years, and if we reach a high temp above 50 degrees on New Years Day, it would be the first time in 10 years.

Credit: KUSA
Denver will have to rely on downsloping west winds to hit 50 on New Years Day, but if it happens, it will be the first in 10 years for the first day of the year.

Some spots in the mountain valleys are running colder than average thanks to extremely low temperatures like the ones recorded on Monday morning.

A low of -48 degrees was recorded at Antero Reservoir; -26 in Alamosa, -26 in Gunnison, and -26 in Kremmling. Each one of those locations will finish the month below their average.

Then the averages warm back up on the Western Slope. Places like Durango, Montrose, and Grand Junction will all finish way warmer than average for December 2019.