Trout habitat will be lost in western Colorado drought

Most of a trout fishery on the Dolores river is expected to be lost in this years drought. 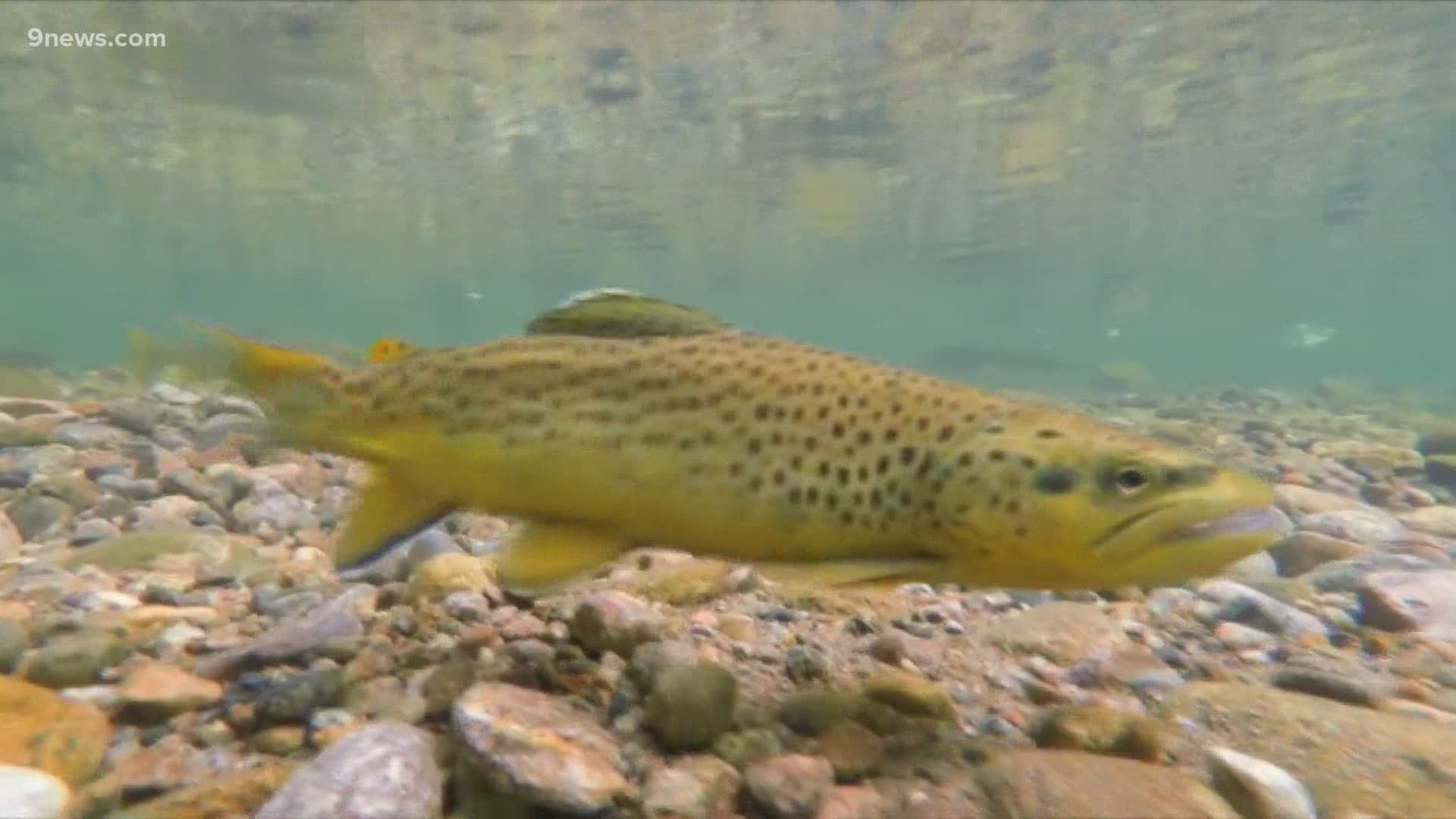 DURANGO, Colo. — McPhee reservoir in southwest Colorado is the states second largest reservoir by volume. There was 17% less snowpack above there reservoir during the 2020-21 winter compared to average, and the snow melt that ultimately made it into the reservoir was 73% below average.

"The soil moisture was so extremely low that it essentially just soaked up most of that runoff," said Colorado Parks and Wildlife (CPW) aquatic biologist Jim White.

And this is the second spring in a row that the runoff was less then 35% of average. White said McPhee reservoir is now down to its lowest level since it was first filled in 1985.

The Dolores River lies below the dam, and has hit its lowest level in recorded history.

White said the water coming out of the dam is only flowing at 9.5 cubic feet per second (cfs), and is expected to drop to just 5 cfs by late July or early August, and stay at that level until April of 2022.

"And some years the Dolores can be right up there with the Animas," said White. "Just a few years ago in 2019 we saw 4,000 cfs, but that was when they had so much water in McPhee that they had to do a huge release".

RELATED: Voluntary closure on section of Colorado River due to low water levels

Historically, the Dolores has even reached up near 7,000 cfs but that was before McPhee was built and the river received all of the snow melt in that basin.

"Now the process is short-circuited," said White. "The runoff now goes into McPhee and they decide how much the Dolores is going to get based on the allocation of rights in the project."

White said the State of Colorado owns the 1978 water rights on the Dolores, which is far junior in the area. They are only getting 10% of the water they normally get to operate a CPW fishery in the first 12 miles of river below the dam.

CPW stocks rainbow trout in the Dolores but low water levels mean higher water temperatures that can reach above 70 degrees. White said trout are a cold water species that prefers temperatures between 50-60 degrees. When the water hits 75 degrees, the trout cannot survive.

He said it takes years to build the trout population up to size, but when they get it just right, he said the first 12 miles of the Dolores below McPhee reservoir can be a fly-fishing paradise.

They've been working on improving that section since the last devastating drought lowered the Dolores in 2013.

"It's just frustrating," said White. "We just got the river back up close to Gold Medal metrics for trout fishing when this happened.

He said the unhealthy fish are emblematic of vanishing freshwater in Colorado. With very few good water years filling the gaps between extreme drought conditions, he looks at it more like a 20-year drought that has been impacting southwest Colorado.

“It’s this complex picture of weather, climate change, and water allocation in that project,” he said.

White said the trout in Colorado are not native and can always be restocked when the water returns. CPW runs a hatchery in Durango that is focused on keeping the trout populations up in Colorado.

"My real concern though is for the native fish," said White. "There are about 100 miles of native fisheries that need a little love and a little water too."

He said native fish like the Bluehead Sucker, and the Roundtail Chub cannot be replaced if they die.

And to make matters worse for those native fish, there is an invasive species of Smallmouth Bass in the Dolores that seems to thrive during droughts.

"The Smallmouth Bass is a predator to those native fish," White said. "They like warm water and are not bothered by drought conditions at all."

He said the bass wait in the shallow pools and pick apart the small native fish.

Years of drought and warmer than normal river water was thought to be the demise of the San Juan Cutthroat trout.

"We thought they were extinct," said White "But ironically it was a drought and a wildfire that allowed us to rediscover them."

He said that CPW biologists were testing the water quality in some streams that were impacted by the 416 fire in 2018, and they found some San Juan Cutthroats alive and well.

"It's a pretty cool story," he said. "We've been rehabilitating them in our hatchery here in Durango, and hope to re-introduce them into conservation streams soon."

White said that reintroduction will be weather and climate dependent as the San Juan Cutthroats are very fragile when it comes to drought and warm water.