Pileus is a lenticular cloud on top of a thunderstorm. 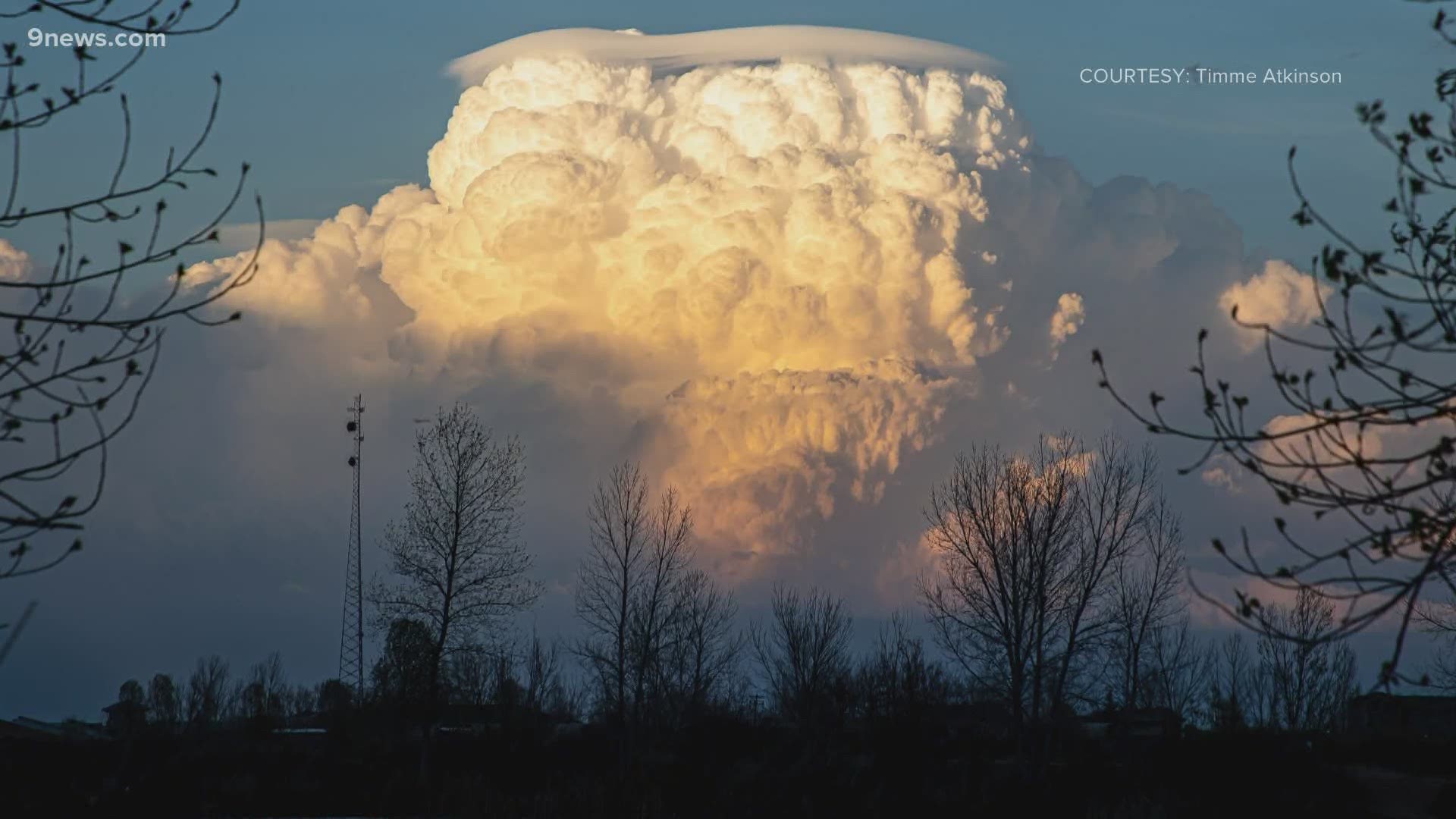 COLORADO, USA — It looked like the towering thunderstorms in Colorado on Sunday were wearing hats. The smooth cap-like clouds on top of them are called Pileus.

The meteorologists I learned from pronounced it PIE-lee-us, but I have also heard it pronounced with the emphasis on the second syllable, and even PIL-eous. Any way you say it, it's a cool cloud.

They form when the air rushing up into the thunderstorm is rising so fast that it overshoots the top. If there is just the right temperature and amount of moisture in that air above the storm, it forms a cap when the rapidly cooling updraft breaks through.

They were spotted all over the Front Range on Sunday. In Greeley during the late evening, right at sunset in Berthoud, and they were even seen after dark in Douglas County.

They look similar to some other clouds that we see frequently along the Front Range. Pileus is a type of Lenticular. They remain stationary over the top of the thunderstorm until the conditions that are creating them are no longer there, or they get swallowed up by the rest of the thunderstorm.

Any type overshooting top, including Pileus, can be a visual indication that a thunderstorm is capable of producing large damaging hail.