Computational fluid dynamics is used to show the effect of wind and weather on flight of a ball over its entire trajectory, according to Colorado-based Anemoment. 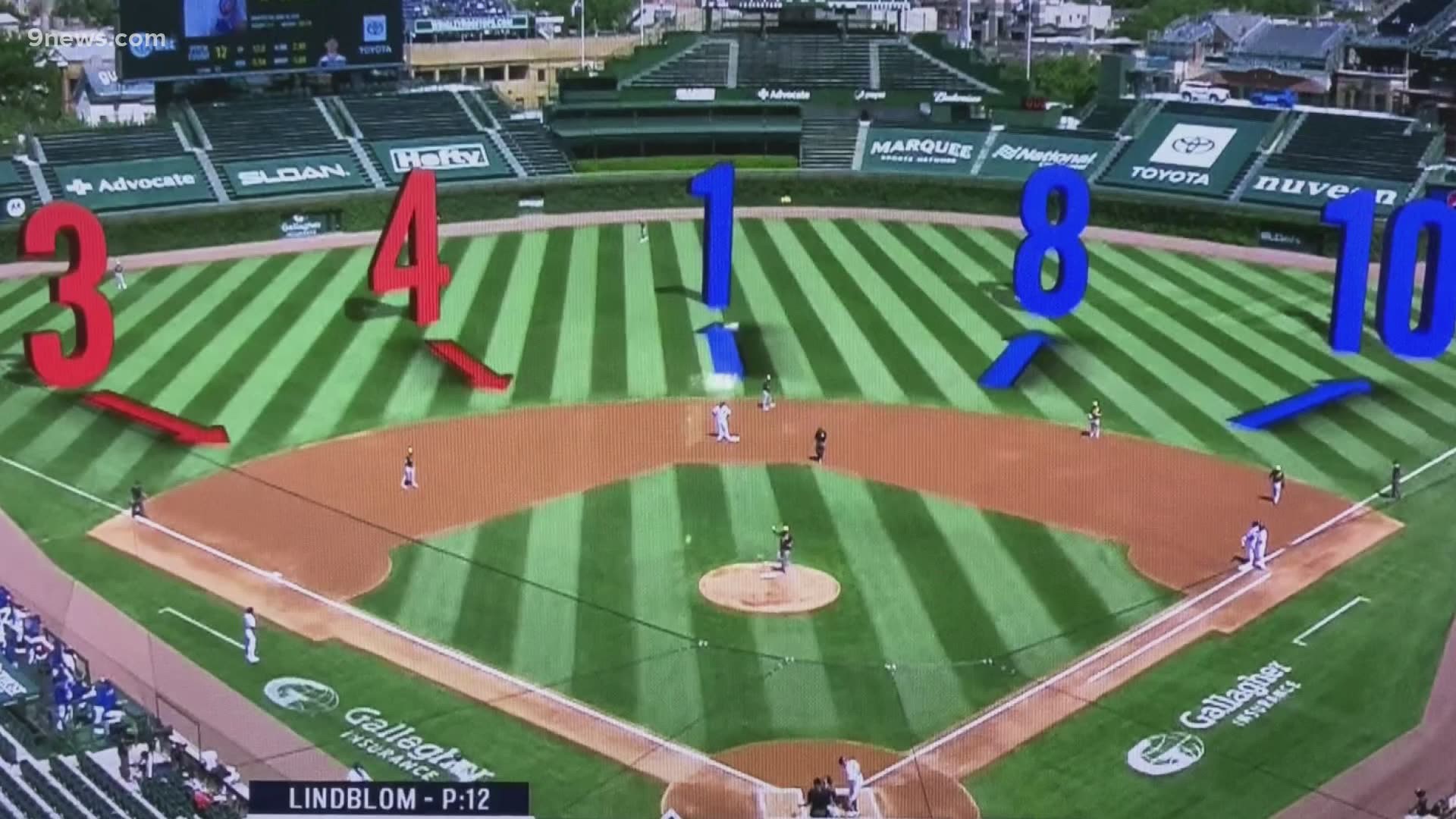 DENVER — The weather is important business in baseball and one Colorado company is helping Major League Baseball (MLB) stay one step ahead.

Equipment created by Longmont-based Anemoment is being used in MLB to wirelessly deliver real-time wind, temperature, relative humidity and air pressure in three-dimensions.

The data is being used by Cubs broadcasters on Marquee Sports Network to reveal the effect of weather on a ball during its entire trajectory, according to Anemoment. Wind flow inside stadiums is often very different from what the flags show on top of the stadium.

According to Anemoment, sensor that compiles the weather information that gets fed into the computer model is the worlds smallest and lightest 3D ultrasonic anemometer called the TriSonica Mini Wind and Weather Sensor.

"It uses the principles of the speed of sound through air," said Stephen Osborn, chief technical officer with Longmont based Anemoment.

The small instrument can fit in the palm of your hand, and Osborn said it measures sound as it travels from one side of the device to the other. The difference reveals the speed of the wind.

"With Wrigley being such a historic venue, they were very concerned with the aesthetics," said Osborn. "Our sensor was the perfect fit for them."

Modeling created by WAM with Amemoment's equipment uses software to analyze the flow of gas or liquids, or how flowing gas or liquids affects objects.

Think of it as “having a wind tunnel on a computer,” said Jani Macari Pallis, an associate professor of mechanical engineering at the University of Bridgeport in Connecticut.

This wind tunnel-type analysis, or computational fluid dynamics (CFD), has played a role in several innovations in sports, including motor sports and yachting as well as Olympic and ball sports.

Credit: Marquee Sports
Real-time wind data shows a ball hit to right field would travel an extra 10 feet while left field winds would slightly decrease the flight of the ball by 3-4 feet.

Calculations provided by Weather Applied Metrics showed that a headwind with a downdraft can shorten the flight of a five ounce major league baseball by up to 60 feet. While a headwind and an updraft can carry it an extra 45 feet.

The sensor and the computer model is also capable of computing the impact of air density and temperature. When air is warm and dense, the ball doesn't travel as far as when the air is cool and thin. The updrafts of summer air usually defeats the density of warm air though.

With this instrument and the computer model, we may be closer to understanding the true impact of weather on baseball.

“The players skills are always the most important thing in baseball, but then there’s the unknown, and we’re trying to help them find the unknown of the weather," said Anemoment CEO Liz Osborn.

The Associated Press contributed to this story.