Storm near Keenesburg packed wind gusts up to 80 mph 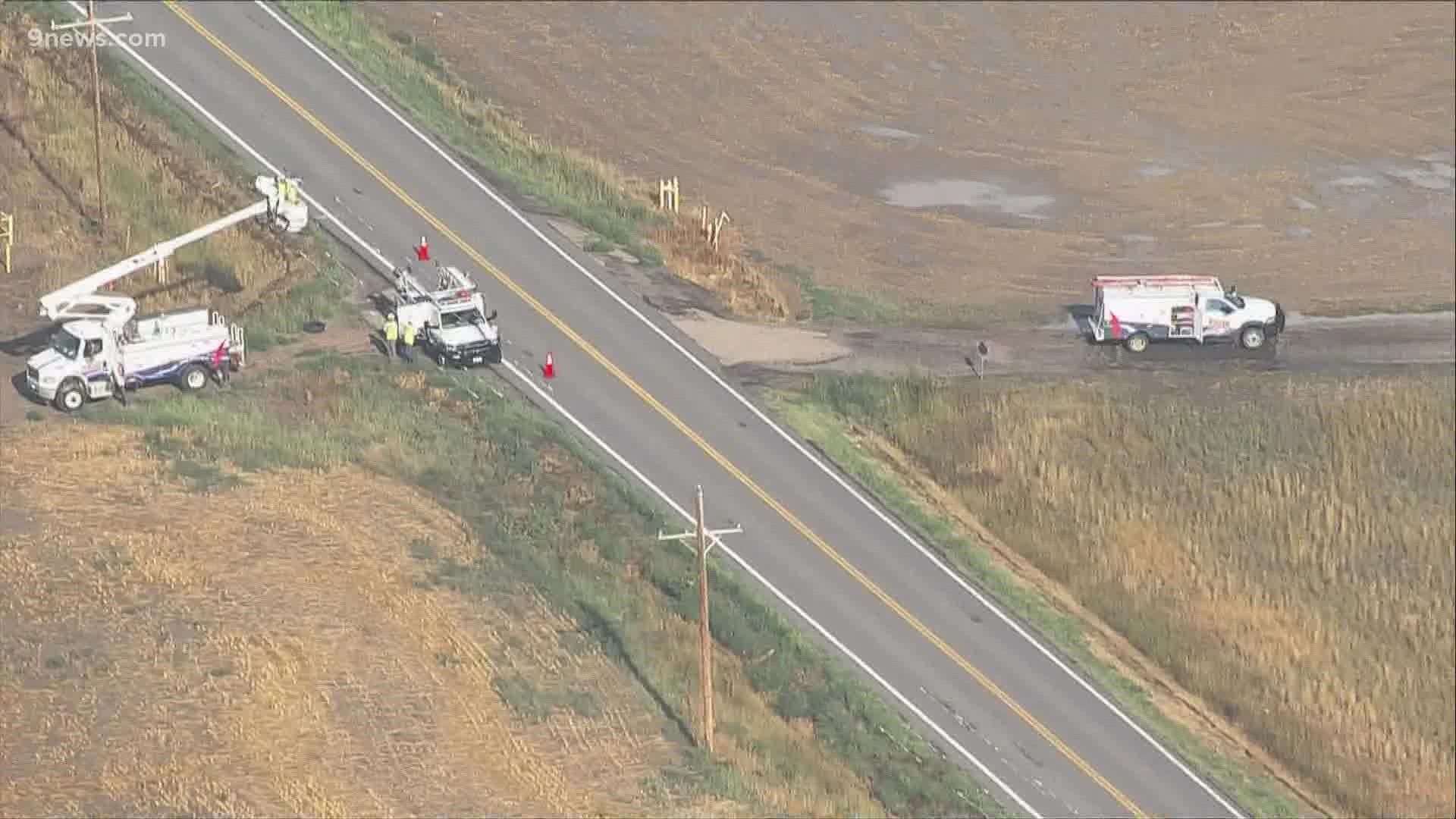 KEENESBURG, Colo. — A storm that went through parts of Weld County early Friday morning packed wind gusts up to around 80 miles an hour, according to the National Weather Service (NWS).

In a tweet the NWS confirmed that there was no tornado, but instead straight lines wind that did damage in the Keenesburg area overnight.

The Hudson Fire Protection District (HFPD) described the storm that came through around 3:30 a.m. Friday as a microburst, which is is a small concentrated downburst that produces an outward burst of strong winds at or near the surface.

HFPD responded to several crashes on Interstate 76, one of them near the Kersey exit and another near Lochbuie, but said no one was hurt in any of the crashes.

The agency was not aware of any structural damage in their district but said it was possible that some people might not have noticed the damage because of when the storm came through.

In a tweet, the National Weather Service (NWS) said that meteorologists would be conducting a damage survey Friday in Keenesburg and they concluded there was no tornado.

RELATED: It snowed in Colorado last night and we have the photos to prove it

The district said there was no damage at the middle and high schools. The elementary school sustained some water damage. They anticipate school will be back in session Monday.

All of those schools are in Keenesburg. Other district schools, including Hudson Elementary, Lochbuie Elementary, Meadow Ridge Elementary, and Cardinal Community Academy will operate on a normal schedule.

RELATED: Colorado to cool off Friday after yesterday's wild weather

9NEWS viewer Scott Duncan reported strong winds and hail around 3 a.m. He shared some photos of hail that covered the ground like snow.