Why the Front Range of Colorado is a second "Hail Alley" 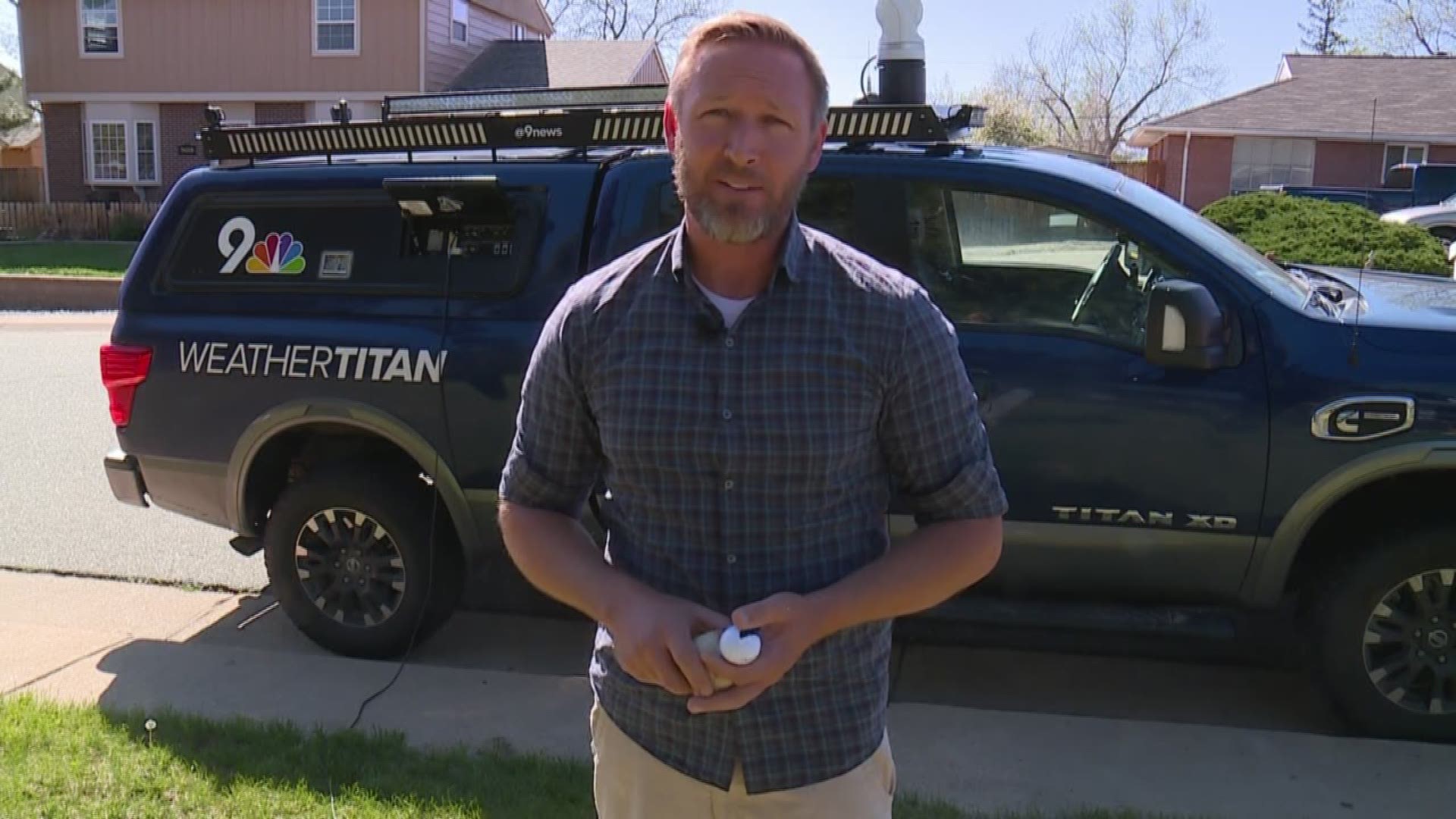 Hail is something that Coloradans are very familiar with. Part of the Interstate 25 corridor, including Denver, gets more hail storms than anywhere else in the country.

It is common for us to get hail the size of a quarter, to about golf ball size, but we can even go bigger, like baseball size. There were several reports that size hail during the storm on May 8, last year, in the Denver metro.

The Colorado record for hail size is officially 4 and a half inches, the size of a grapefruit. That size has been verified 20 times in our state's history.

There is an unofficial record measurement of 4.9 inches during the July 31, 1979, storm in Fort Collins. According to the National Weather Service, that storm also caused one of only three known hail fatalities, when a 3-month-old baby was struck in the head by a large hailstone.

A report from the Storm Prediction Center shows the area from the Denver metro to Colorado Springs gets an average of 13 large hail events every year. That's more than most areas in the Central Plains known as "Hail Alley" and equal to the number of severe hail days in southwestern Kansas.

If you count days that any size hail occurs, you could call the Front Range the 'second hail alley'.

“The Front Range, the High Plains just east of the Rocky Mountains definitely leads the country in those types of days. Anywhere between 12 and 15 days a year in that area,” said Paul Schlatter, a meteorologist with the National Weather Service in Boulder.

Schlatter is a Boulder native and witnessed the July 1990 hail storm, that was the most damaging storm in Colorado history, until May 8 last year.

“After seeing that hail storm, it was cemented: I was going to be a meteorologist, and I wanted to warn for those types of storms,” said Schlatter.

To get large hail, a thunderstorm must have a powerful updraft to suspend water droplets in the cloud until they start to freeze. The longer that ice can be held up in the storm, the more layers of ice that can be added to the hailstone, which grows bigger and bigger until it’s too heavy for the updraft to suspend it, and it falls to the ground.

Schlatter said that our terrain is the reason the Front Range can keep pace with the moisture-laden Central Plains.

"Having the Rocky Mountains just to our west provides a source of very dry, unstable air aloft, that mixes with what low-level moisture we have near the surface, and we get a good recipe for storms," Schlatter said. "Also the rising sun starts to bake the east side of the Rockies, and that causes air to start flowing in from the east, which is up slope. That's another favorable condition that we have to get storms forming."

“It is very common in Colorado. We will probably see anywhere between 10 and 20 storms just this year that would be deep enough to be considered needing a plow to clear off the roads,” said Schlatter.