Wildfire smoke can block sunlight and help to improve air quality on days when the smoke is not thick enough to cause poor air quality alone. 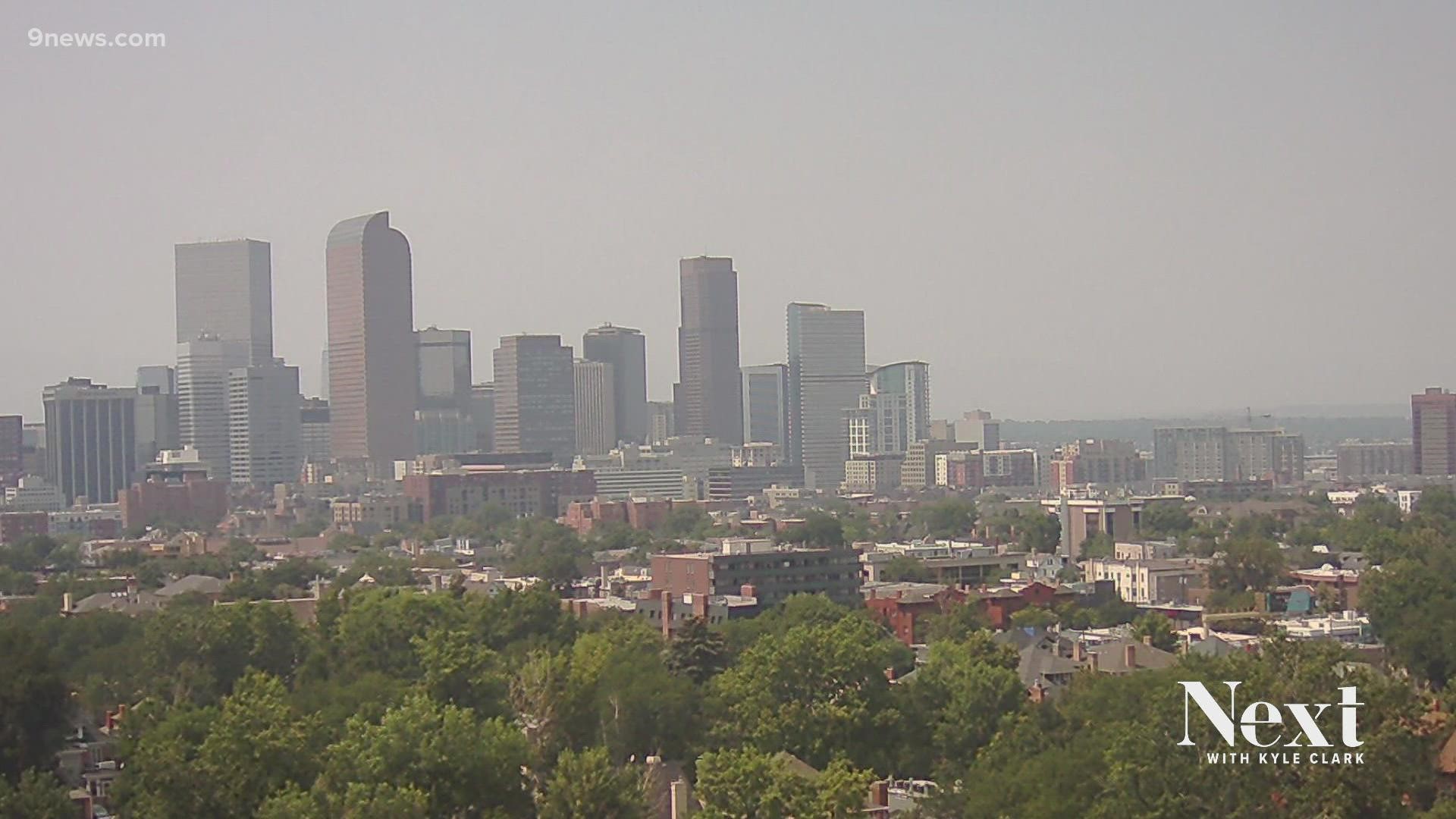 DENVER — The smoke is back.

The view of the foothills from the Denver metro was gradually covered up again by western wildfire smoke Monday. But it may come as a surprise to some that the smoke was not thick enough to cause an air quality alert.

And as weird as it may sound, the wildfire smoke may have also helped to keep our air a little cleaner on the Front Range by blocking some sunlight and reducing ozone pollution.

The wildfire smoke itself wasn’t thick enough to warrant an air quality alert on Monday. Most of it was also high up in the atmosphere – away from the air quality sensors.

So, the PM 2.5, which is the measurement of wildfire smoke, only made it up to an Air Quality Index (AQI) of 62 at the time this article was posted. That’s in the moderate range which is considered unhealthy for very sensitive people.

An air quality alert gets issued when the AQI is forecast to break 100.

At 4 p.m. Monday, an alert was issued for ozone, which could have been even worse if it wasn’t for the smoke blocking some of the solar radiation.

It’s the sunlight that creates ozone pollution by baking other pollutants like nitrogen oxides and volatile organic compounds. If clouds or smoke block the light, the ozone levels are lower.

Monday would have been a classic high ozone day with temperatures in the 90’s for several hours, and very few clouds in the sky. If it weren’t for the smoke.

Similar days this summer had produced ozone levels in the 130 to 140 range. The smoke may have reduced that number by just a bit, as the AQI for ozone pollution was up to 129 by 7pm.

The ozone standard by the Environmental Protection Agency is measured on an 8 hour exposure. With ozone levels peaking in the peak daylight hours, the maximum ozone AQI usually occurs at 7 or 8 p.m.

It the smoke was just a little thicker, it would have reduced the ozone levels even further. Just as long as the smoke is not forecast to cause air quality issues independently.

The wildfire smoke levels are forecast to stay in the moderate range again Tuesday. It should be thicker than Monday, but the ozone levels will also be high again because the temperature are forecast to be just a little hotter.