These wind farms have been a much-needed economic boon to many on the eastern plains - not just the farmers who lease the land. 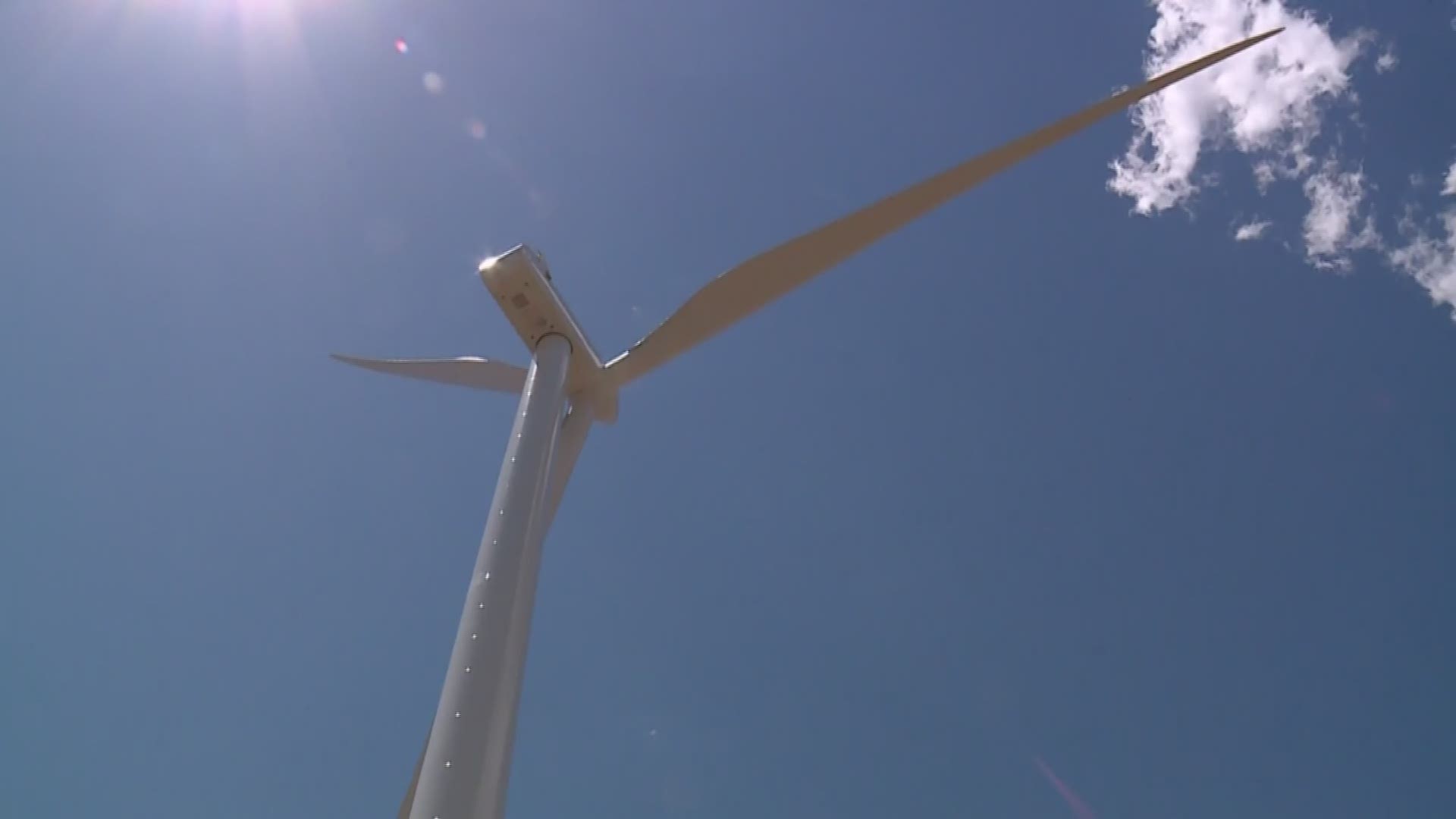 A new wind farm is nearing completion on the eastern plains near Limon. The Rush Creek Wind Project has 300 new turbines across 4 different counties.

Each turbine stands more than 400 feet tall from the base to the tip of the blade, and each blade is 180 feet long.

They are not just massive spectacles standing above the Colorado horizon, but they are also a huge economic boost to struggling ranchers and farmers on the eastern plains.

“This is a cash crop. It doesn't matter if it rains, or hails, or does nothing, as long as the wind blows, we will have some income,” said Jan Kochis, an Elbert County farmer that allowed 30 turbines to be built on her land.

The Kochis family has farmed and ranched in the Elbert County breeze for more than 100 years. They have seen commodities fluctuate continuously, but said it's been tough to make ends meet lately.

"Three or four years ago we were getting $8 a bushel for wheat, and now we're getting $2.50 to $3 a bushel, and the cost of production has not gone down, you know the fertilizer, the seed, and those things," said Kochis.

She said Excel Energy leases that land from them, providing a steady income, as long as the wind still blows. A performance based contract means the more wind, the more money.

“We’ve always had plenty of wind here,” said Kochis, who used to complain about the wind in Elbert County, but said she will soon learn to love it.

A tax revenue is also created, bolstering county coffers. One recent report by Progressive 15 estimates more than $7 million annually in tax revenue across 11 counties on the eastern plains.

And of course, someone has to assemble all of these turbines. Kochis said that nearby Limon has been bustling with activity over the last year, while the 300 turbines were getting built, injecting money straight into local businesses.

The turbines are manufactured right here in Colorado as well. The nacelles and all the blades are made by Vestas at their plants in Pueblo, Brighton and Windsor.

Excel Energy said the farm will be capable of creating 600 megawatts of energy, enough to power about 325,000 homes, with clean renewable energy.

“And I can tell you that I enjoy every day that I can look out my kitchen window and see the majestic wind turbines in every direction. Totally surrounding our house, just knowing that we are generating renewable energy for our state,” said Kochis.