What to expect from Colorado Weather in April

Colorado can get all four seasons in a single day anytime of year, but there is no month that that is more true than in April. 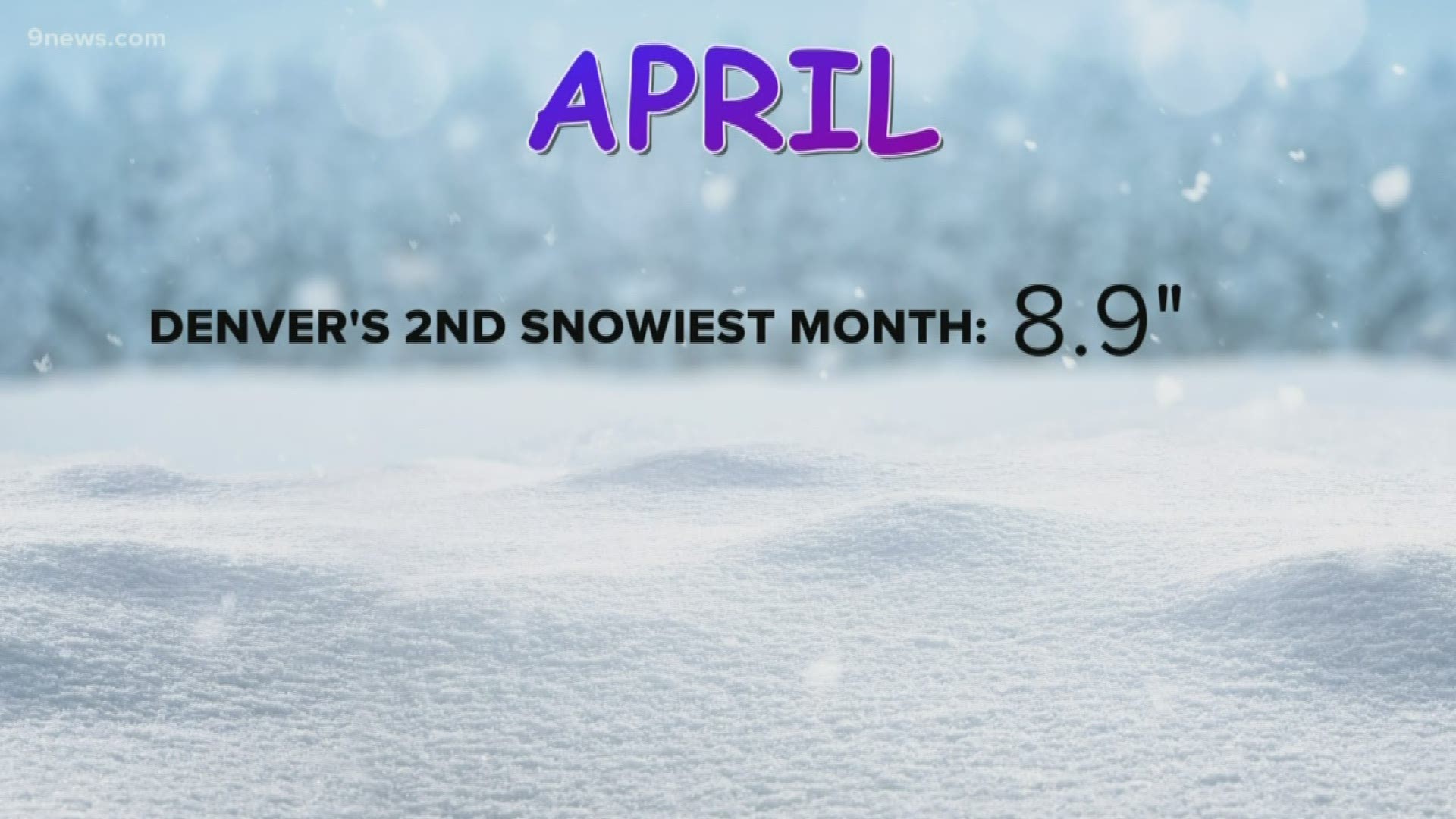 COLORADO, USA — Snow is a prominent part of Colorado weather in April.

On average April is Denver’s second snowiest month with an average of 8.9". That number is calculated over 138 years of records.

But more recently, April is only our 5th snowiest month averaging just 5.7" over the last 10 years.

Denver has had below-average snow in 6 out of the last 7 years.

April is the month that Colorado snowpack reaches it’s peak as the days get longer and warmer.

With about a week to go before the average peak, it looks like snowpack will finish slightly above average again this year. It stands at 8% above average on the last day of March.

The average date for peak snowpack statewide is April 7, but snowpack doesn't normally peak in the South Platte basin until April 26.

RELATED: Colorado's snowpack: Above average but not as high as last year

Denver’s average high temperature in April is 61 degrees, and the average low is above freezing at 33 degrees.

Last year our warmest April temperature was 80 degrees and the coldest temp was 17.

The average precipitation in Denver during April is 1.71". Last year was below average with just 1.25".

Aprils have been quite dry in recent history with the exception of 2009 when Denver got 3.22". That ranks 18th all-time.

April also marks the return of thunderstorms to Colorado. Severe weather is even possible. There can be a stray thunderstorm mixed in with a winter-type storm at any time, but April is when they start to become a little more regular on their own.

Hail is not usually too large on the Front Range, though. Normally it is smaller than 1 inch in diameter. It is a little more frequent and larger on the eastern plains though.

The largest April hailstone measured in Colorado over the last 30 years, is baseball size -- in Logan and Yuma Counties in 2005.

RELATED: It's official: In August, the largest hailstone in Colorado history fell on Bethune