"You don’t really think about why you’re doing it, you just do it" – ambulances, fire trucks stuck in snow drifts get helping hands to shovel out. 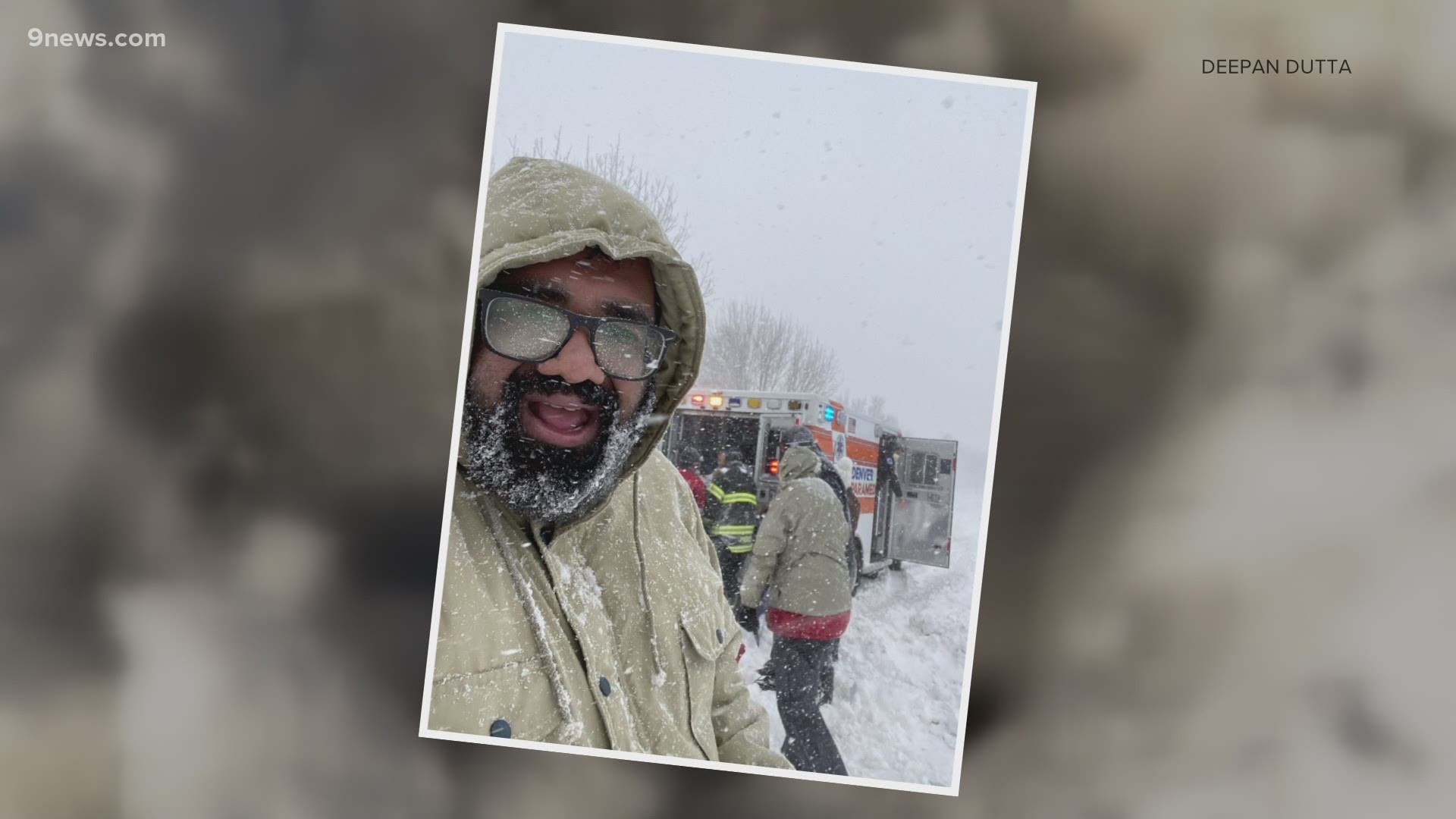 DENVER — Neighbors jumped into action to help first responders dig out of the snow during Sunday’s storm during at least two incidents in the Denver metro, according to the Denver Fire Department (DFD).

“We would have had to use our own shovels, we probably would have had to ask for shovels from the neighbors, to get the stretcher and the sick individual from the home to the ambulance. But, we didn’t have to,” DFD Captain Greg Pixley told 9NEWS.

People in Green Valley Ranch stepped up when an ambulance got stuck in more than two feet of snow Sunday.

“It was blizzard conditions,” Deepan Dutta remembered. “There weren’t even any tracks for the ambulance to go through, so they were just digging their way through.”

He watched from his parents’ home as firefighters started shoveling through the snow.

“Three firefighters and paramedics came out and started shoveling just to get the ambulance out, and they started digging their way up [to the home], and a couple of neighbors came out, but they got exhausted at some point and they just had half way to go.”

Dutta and a few other neighbors ran out to serve as reinforcements, and managed to finished the path from the ambulance to the house where the initial emergency call came from.

9NEWS talked to the wife of the man who went to the hospital. He was having a hard time breathing, but is doing ok.

The ambulance had to park a block away from the home they were responding to because of the deep snow.

“The Stoney Brook neighbors saw what was happening, and they took it upon themselves to create a path from the area of the individual who was hurt, and they traversed through the snow and created this opening,” Pixley said.

While firefighters and paramedics train for these sorts of experiences, without the help of good Samaritans, it would take them a lot longer to dig to the people they need to help.

“The interesting thing is, these individuals in Green Valley Ranch and in Stoney Brook, they didn’t ask if they could help. They took it upon themselves because they saw a need,” Pixley said. “They saw what was going to be a benefit to us to help their neighbor get to the ambulance to get to the hospital. That is profound.”