Big ideas usually start with competing conversations around a table. 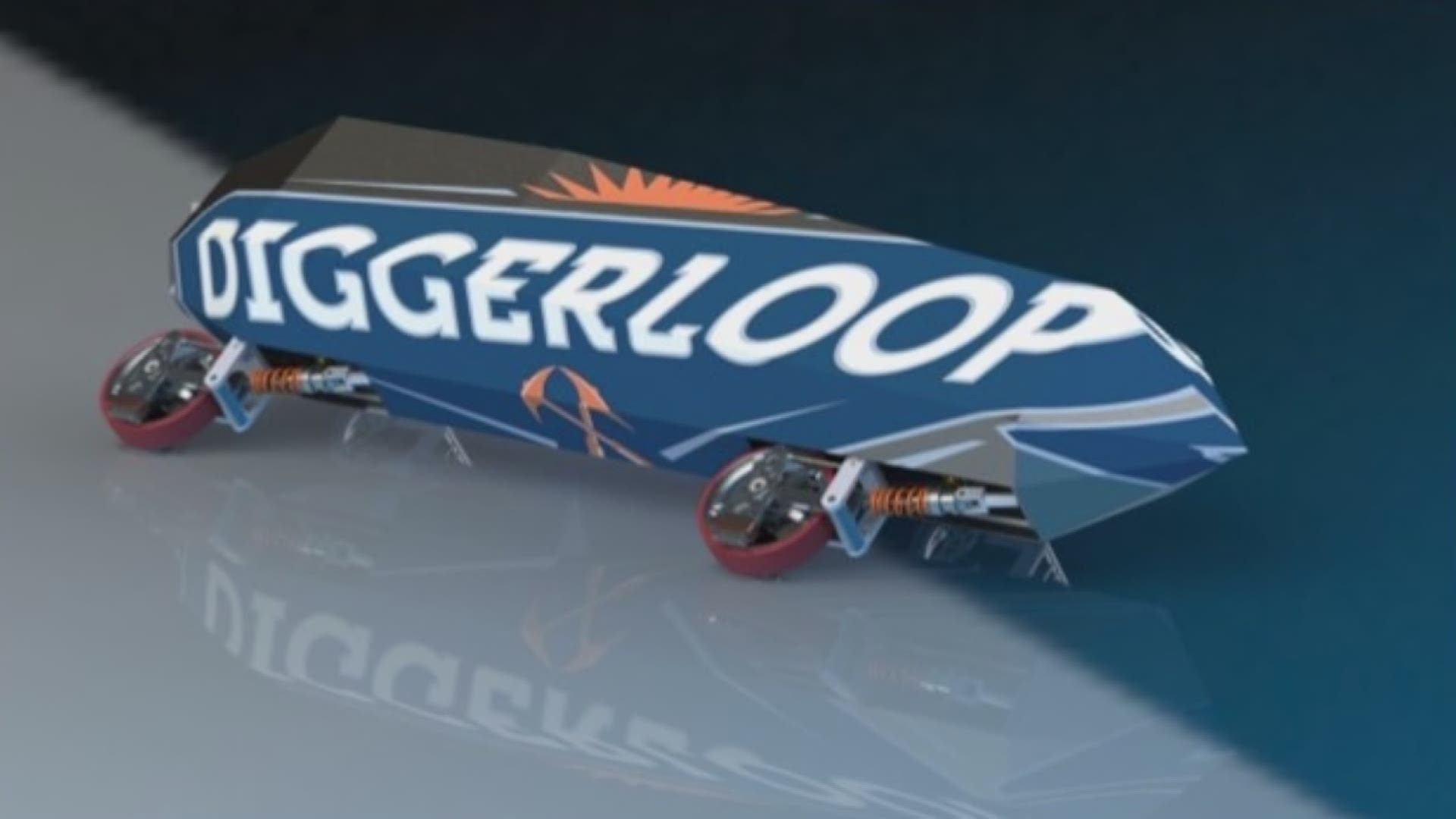 Big ideas usually start with competing conversations around a table.

“We generally meet two times a week,” Austin Genger said. “We kind of talk about everything all at once – kind of like we are right now.”

Inside a classroom at the Colorado School of Mines Tuesday morning, Genger and fellow senior engineering students sat at a table discussing their latest design.

“It’s kind of a like a go-cart on steroids is kind of how I would word it,” Genger said.

Kevin Moore, dean of the College of Engineering and Computational Sciences, described it a little differently.

“It looks to me kind of like a fancy toboggan of sorts on wheels,” Moore said.

While it may resemble a bobsled, the design is actually a prototype pod for the Hyperloop transportation system.

“A very, very fast transportation idea where you have these pods travel in a tube,” Moore explained.

Austin Genger and 13 other engineering students have been working on the pod design for the past nine months. They submitted their design to the Space-X Hyperloop Pod Competition II, and were recently named finalists.

Only 24 teams are left in the competition. The Mines team, dubbed “Diggerloop,” is now working to raise funds to build their pod.

“We have three-and-a-half, four months to try and build this thing, and the pod is going to cost about $70,000,” Genger said.

Moore said the school will chip in to cover some of the cost, but the students will fundraise and reach out to companies for help.

“Companies who may be able to offer in-kind support like discounted machining for some of the parts,” Moore explained.

After the students build their pod, they’ll take it to SpaceX in California to test it on the Hyperloop track.

Until August, team Diggerloop will be tweaking its design and putting together a pod ready for some stiff competition.

While there’s no prize for the top performing pod, the Mine students are hopeful their efforts will get them noticed.

“I’d hope to see some of the students get jobs out of this,” Kevin Moore said.

It was announced last week that 11 U.S. routes are finalists in a competition to receive Hyperloop transportation; three of those run through Colorado; imagine possibilities like Denver to Vail in about 8 minutes, Denver to Fort Collins in about 7 or Denver to Colorado Springs in about 6.