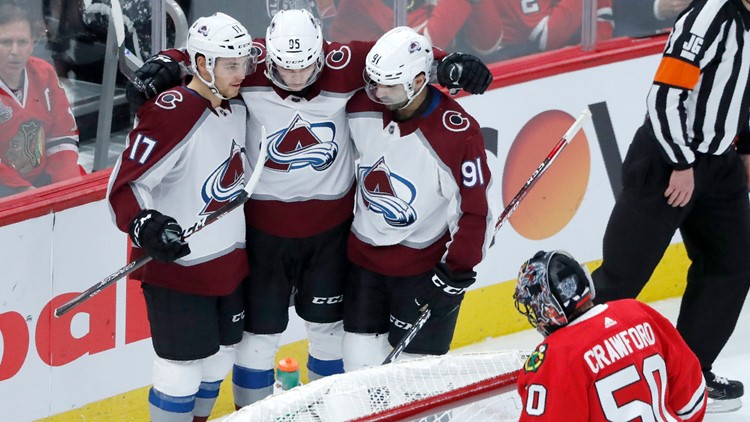 Avs get back on track with 4-1 win over Blackhawks

CHICAGO — Ian Cole and Mikko Rantanen each had a goal and an assist, and the Colorado Avalanche beat the Chicago Blackhawks 4-1.

Nathan MacKinnon and Andre Burakovksy also scored for Colorado, which is 9-1-1 in its past 11 games.

The Avalanche lost 5-2 at St. Louis on Monday. Colorado is 3-0 against the Blackhawks this season and has outscored its Central Division rival 16-5.

Ryan Carpenter got his second goal of the season for the fading Blackhawks, who have lost five of six.