During construction, CDOT could close the shoulder and said it will also close the westbound lanes when the interstate isn't too busy. 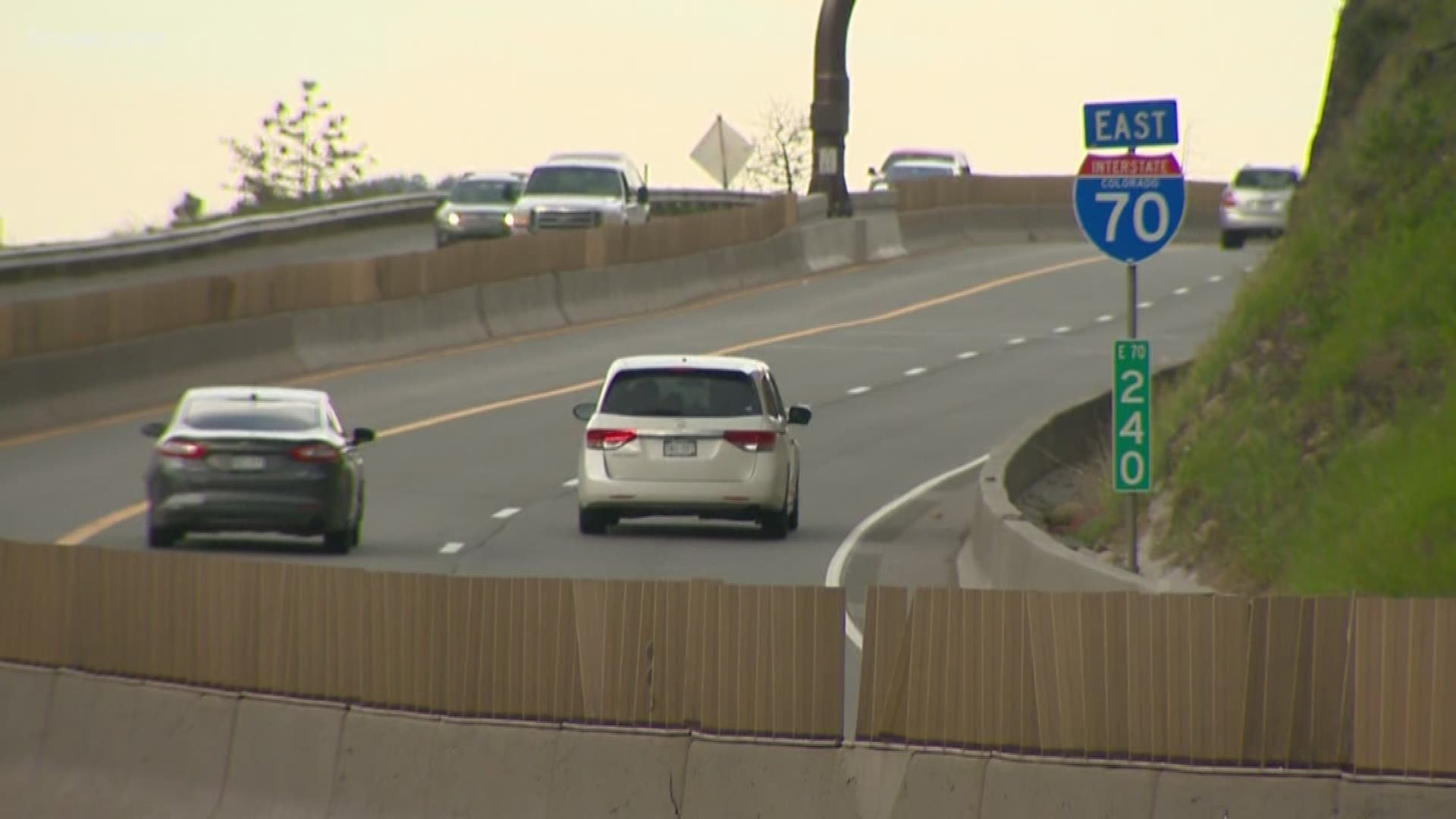 COLORADO, USA — The Colorado Department of Transportation (CDOT) will begin work next week on a new project to help drivers heading toward the mountains.

On Monday, workers will start construction on the Westbound Interstate 70 Mountain Express Lane Project  -- a 12-mile stretch between the Veterans Memorial Tunnels in Idaho Springs and Empire Junction (U.S. 40).

Similar to the I-70 eastbound express lane completed a few years ago, the third westbound lane will open during peak travel times. It gives drivers the option of a quicker trip, for the price of a toll.

“It certainly will improve travel reliability when you need it the most,” said CDOT Spokesperson, Tamara Rollison. “When you’re going to your favorite ski destination, camping destination, during those really, really busy times when you want a faster trip.”

CDOT says the project will include:

The contractor for the $70 million project is Graham Construction of Denver.

Project completion is expected in late 2020, with toll system testing continuing through spring 2021, prior to the opening of the express lane.

CDOT plans to update the existing two-lane roadway and shoulder, into three lanes. The inside shoulder will be transformed into the express lane, which can be used during peak travel times (think weekends, ski days, summer holidays).

“Once this project is done and you want to head up to the ski slopes on a busy Saturday morning,  you will have the option to take the express lane,” Rollison said. “The tolls are priced in such a way that there will be a reliable trip. We have to reach that sweet spot where we don’t have too many cars, and yet we also want to have enough cars for travel reliability.”

CDOT expects the express lane will work to improve traffic flow, citing the already-completed eastbound lane as an example.

“What we found is travel times improved by up to 52 percent on the eastbound side, and that’s not just on the express lane, that’s across all travel lanes,” Rollison said.

During off-peak travel times, the express lanes will serve as a shoulder for the roadway.

WHAT DOES THIS MEAN FOR TRAVELERS DURING CONSTRUCTION

During construction, CDOT said they could close the shoulder. They plant to keep both westbound lanes open most of the time, but there might be the occasional lane closure. CDOT promises not to close lanes during peak travel times – again, like ski days and summer holidays.

“We’re not going to be doing any lane closures during peak travel times,” Rollison said. “And also it’s important for motorists and communities to know that we will maintain access to the communities, and the towns and the recreation centers along the I-70 corridor.”