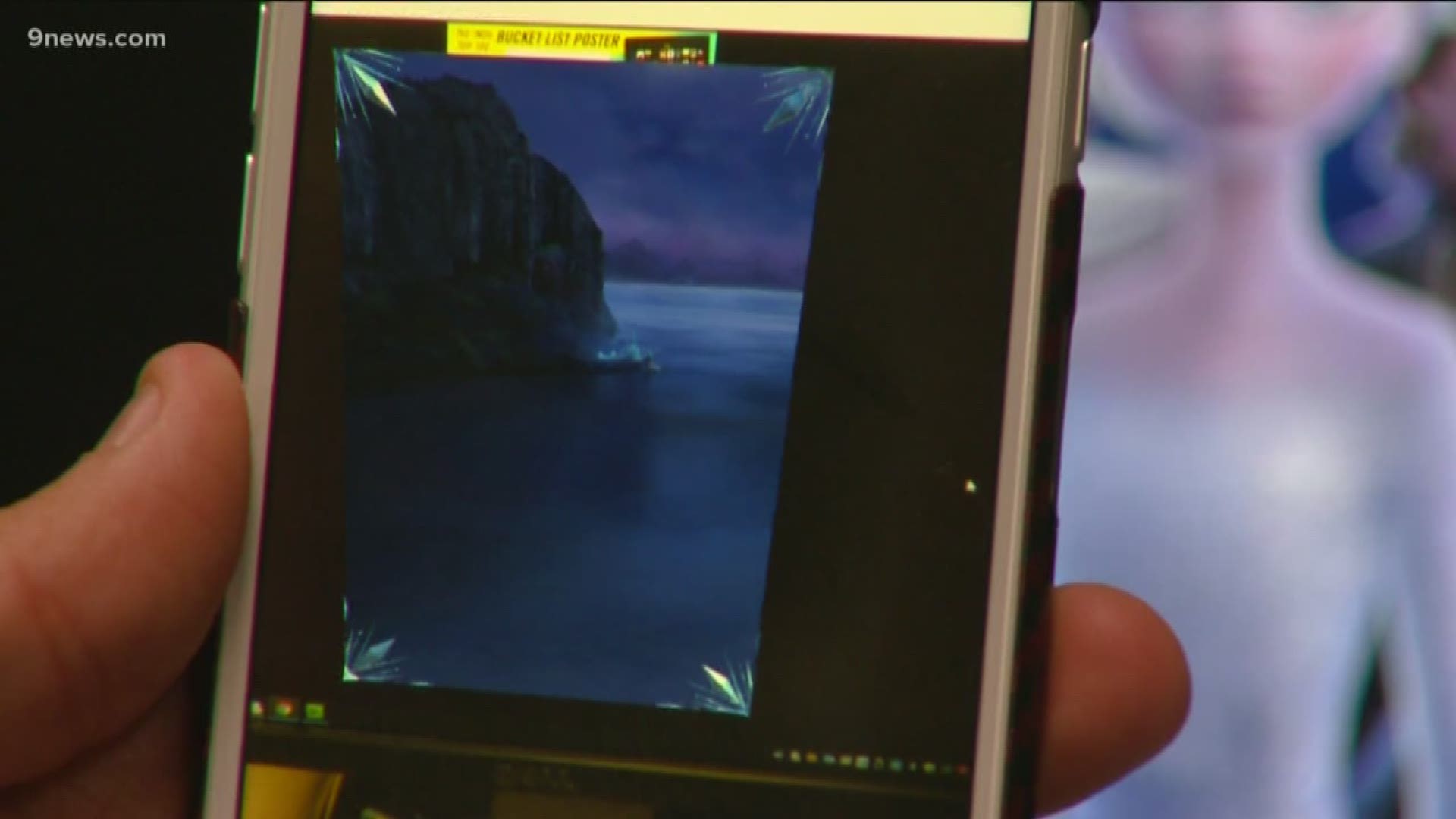 DENVER — If you ask, Jeff Gipson will tell you the future of film goes beyond the movie screen.

"A lot of times VR (virtual reality) is just seen as gaming or you can use it for training," the Walt Disney Animation Studios director said. "But I think what I’m most interested in and what the studio is most interested in is how do you tell a story? How do you bring the audiences in and connect with characters in new and different ways that you may not in a flat-screen?"

Gipson’s films use augmented reality (AR) and VR to bring movies – and even movie posters – to life.

"It tricks the mind and you feel like you’re in the film," he said.

RELATED: From Gervais to J.Lo, what to expect at the Golden Globes

RELATED: Study found 2019 was a big year for female directors

"Just thinking about how we can introduce the world of 'Frozen' to audiences in different ways," said Gipson as he moved his phone above a 'Frozen II' movie poster. "You can zoom in, you can look into the fjords."

Gipson’s two films, "Cycles" and "Myth: a Frozen Tale," will be released later this year, bringing audiences into the world he created through VR.

"It is so powerful. You can be with our characters and be face-to-face with them. You can almost interact with them in a way," Gipson said. "Pushing this to the next level is how do we then bring this to a family in their living room and have a story being told where everyone is looking through their phone."

Gipson’s career in animation started at the University of Colorado Denver.

Students there are now dreaming up the next big blockbuster, bringing the characters they create to life through VR.

"Imagine watching "Finding Nemo" fully immersive, you’re in the ocean, in the space watching the movie unfold," said Howard Cook, an associate professor of animation at CU Denver. "That’s what animation means, right? To breathe life into a character."

Cook was one of Gipson’s professors, and he explained that not all learning took place in the classroom.

"He was the Ralphie mascot at CU Boulder," Cook said. "When I heard that, I was like, 'dude you need to put that on your resume.' Being able to animate yourself in front of 10,000 people or 30,000 people on a football field is a skill most people don’t have."

As far as what the future of film looks like? It'll likely be whatever Gipson comes up with next.

"It’s cool to be on the forefront of what storytelling might be," Gipson said. "I hate to say no to anything. The moment you say, 'no that’ll never happen,' it happens. You’re like, 'oh crap, what the heck.'"