Cindy Peck worked at an international school in Kabul in 2012. Now, back working in Wheat Ridge, she and others are trying everything they can to help refugees. 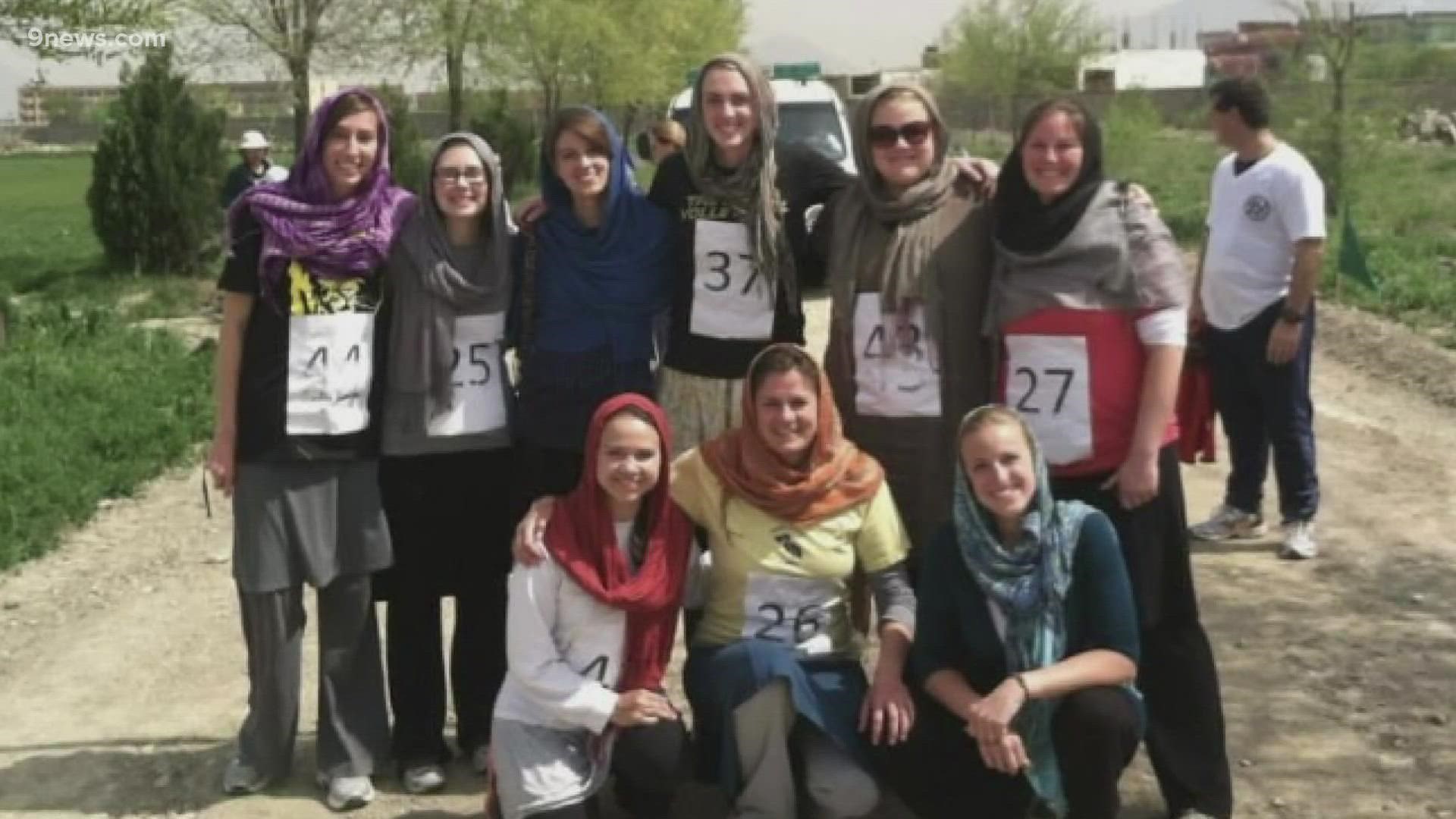 WHEAT RIDGE, Colo. — Cindy Peck has been involved with education, libraries and children for years.

Her experiences have taken her around the world, including to Kabul, Afghanistan.

"We did not have much technology there and especially in the library. So we were very focused on reading," she said. "My focus was on instilling a love of reading and a love of exploring in our children. And I tried to make the library there a magical place."

In 2012, Peck worked as a librarian at an International School in Kabul, which she explained was the only co-ed school at the time and funded by USAID. It also had the largest English-lending library at the time, according to Peck.

She worked in Kabul until 2014, but the school itself she explained, had to close in early 2015 due to threats from the Taliban.

Now, six years later, the Taliban have continued to take over Afghanistan.

"It's like a heartbreak that I've never felt before," Peck told 9NEWS. "And sleepless because I can't stop thinking about the people that I love so much there."

Credit: Foster Gaines
Librarian and Digital Teacher Cindy Peck is working with her former colleagues at an international school in Kabul, to get as much help as possible for former staff of the school they worked at.

Peck is now the librarian and a digital teacher at Wilmore-Davis Elementary School in Wheat Ridge, and now, she's working with her former co-workers who are now based around the world, to bring attention to their effort to help the families they worked with in Afghanistan several years ago.

"The relationships we developed with our students were very deep and we spent our time there trying to empower our students to create a new generation in Afghanistan, especially our women or girls at the school," she said.

She explained that after she and her former co-workers of the international school learned of the Taliban taking over, they started tracking down information on the staff still living in Afghanistan.

"Immediately after we knew that Kabul was going to fall, we started gathering information on all of our staff members and reaching out to members of Congress, state senators, really anything anyone we could think of to to make a case for them to have their SIV and P2 visas approved," she said. "I've seen threat letters that they've gotten, and I know and they know that they don't have many days left to safely get out of the country."

Now, they're focused on 14 families and hope to help speed up the process for them to leave the country.

"They ranged from maintenance workers to teachers and secretaries. Just really any staff you could think of at a school, that's who [we're] trying to get out," she said. "They saved our lives many times. They liaise with the government on our behalf. They drove with us throughout the city. They they were our protectors while we were there. And we really want to be their protectors now."

She added that she has utilized State Representative Jason Crow's website, which has Afghanistan evacuee resources, including a form that one can fill out explaining who is in need in Afghanistan. The website explains that Crow's staff would try to communicate the information to the U.S. Department of State, the U.S. Embassy in Kabul and more.

There are also other resettlement agencies in Denver ready to help families that arrive in Colorado, including the African Community Center, Family Lutheran Services and the International Rescue Committee.

> To learn more about volunteering with the African Community Center, click here.

> To learn more about volunteering with the International Rescue Committee, click here.