The Old Dillon Inn was once a popular bar but has been sealed and untouched since 2007. It's now a big part of Silverthorne's future. 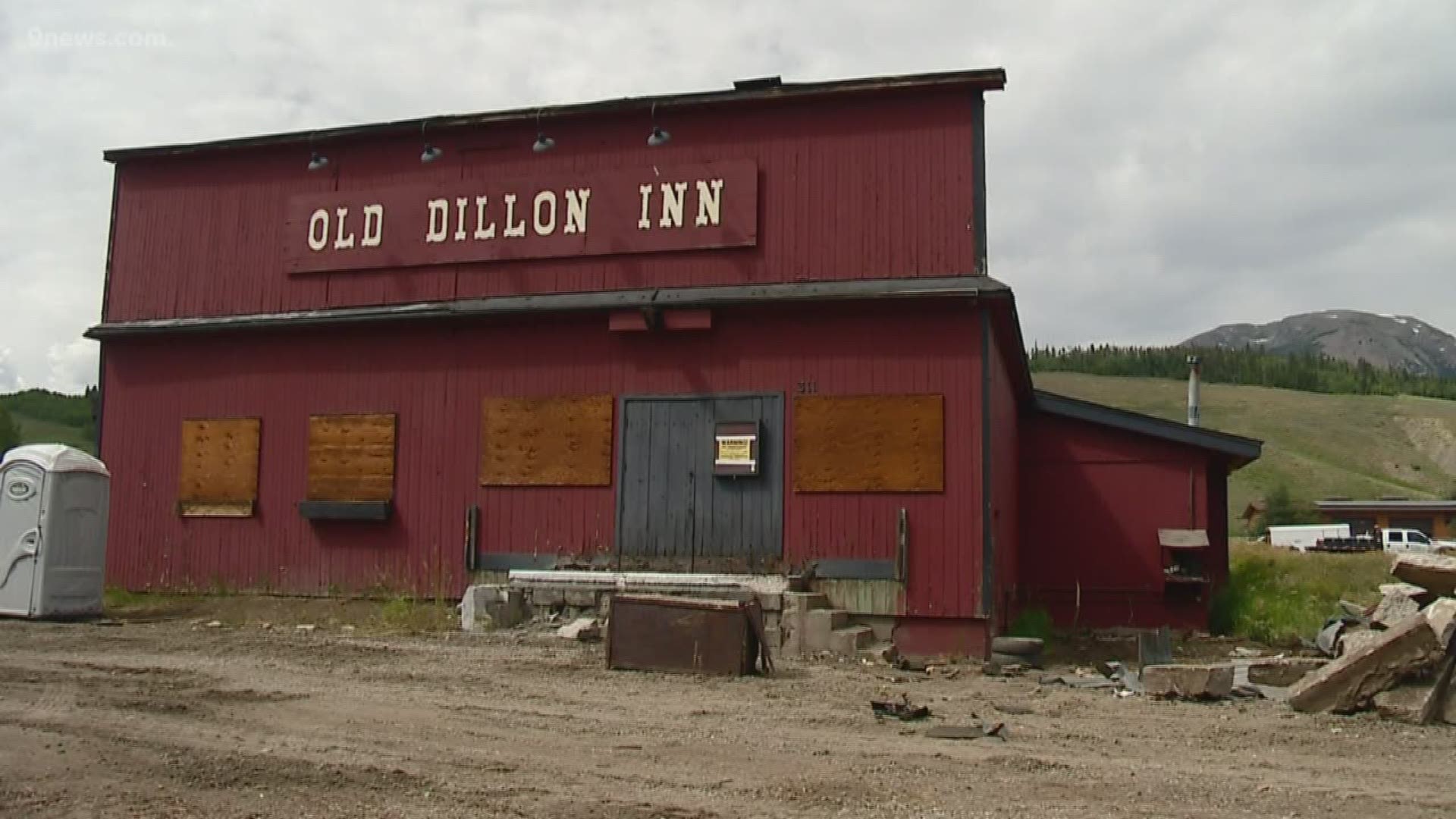 SILVERTHORNE, Colo. — The Old Dillon Inn doesn’t look like much from the outside but inside it’s been sealed up like a time capsule, nearly untouched for the last 12 years.

The building was once part of the original town of Dillon and moved when the Dillon Reservoir was built. In 1973, it became the Old Dillon Inn, a bar and restaurant that was often packed with tourist and locals in the ski community.

Mixed in with dusty beer taps and faded trophies are glasses on the wall, keys and notes on the bar counter, old cassette tapes still in their racks and a unique display of old-school bar decorations showing obscure bands and quirky bumper stickers.

Papers from Sept. 21, 2007, the day the bar closed, can be found on tables and an old NFL week 7 schedule still hangs on the wall.

But it’s the old bar and 100-year-old hardwood floors that Tim Fredregill is looking to save. He works with Milender White, a construction company based in Arvada, that’s tearing down many of the old buildings on 4th Street and Highway 9 in Silverthorne to make way for a brand-new downtown.

“The first step is demolition and mobilization,”’ Fredregill said.

While much of the plan is for new construction, the plan for the Old Dillon Inn is to incorporate it into a new market hall alongside several other restaurants and businesses

"It will be 29,000-square-feet in total. Some restaurants and bars, some soft good retailers as well,” Fredregill said. “We just thought it would be cool to make the Old Dillon Inn a part of the future of 4th Street Crossing and downtown Silverthorne.”

Doors that now lead outside will soon lead to the inside of the market hall, with the bar and restaurant still operating as it did all those years ago.

“We're excited for everyone to have a beer here a year from now," Fredregill said.