Animas Forks started like many other ghost towns: with mining. It was once buried under so much snow that residents had to dig tunnels from building to building. 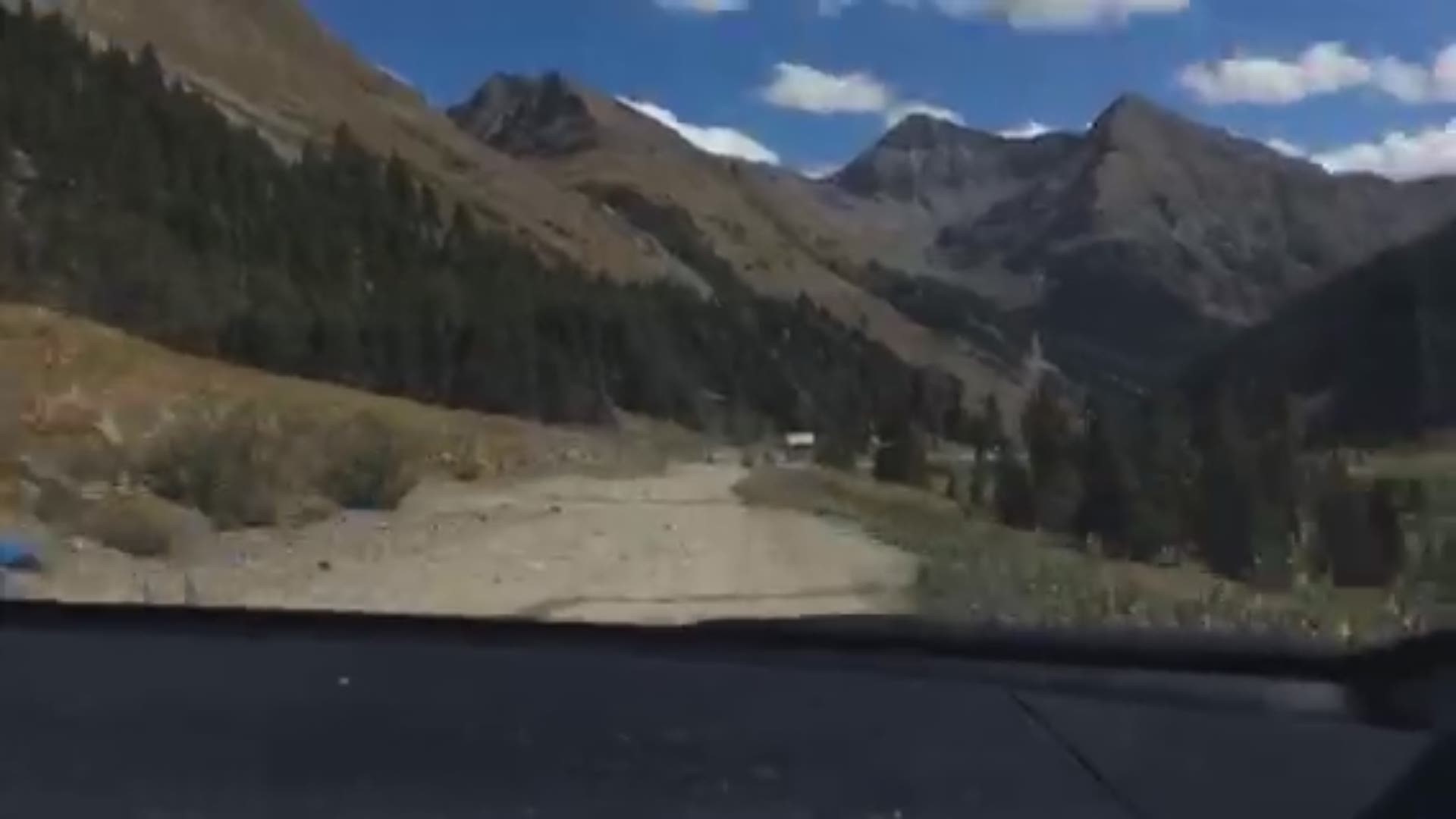 In fact, during an 1884 blizzard that lasted 23 days, 25 feet of snow was dumped on the town, forcing residents to slide open a window to scoop out snow to boil water for dinner or a bath.

They also had to dig tunnels to the buildings that housed the stores, neighbors' homes — and the saloon, of course.

Here's the coolest part: Much of that town is still intact today.

Animas Forks is located on the Alpine Loop, the 65-mile stretch of byway near Ouray, Lake City and Silverton — about a 6.5-hour drive from Denver.

At 11,200 feet, the town is located up a 12.3-mile off-highway vehicle road that's recommended only for SUVs or trucks. (Seriously. Driving a sedan or other passenger car will likely end in many frustrating high-centers and damage to the vehicle.)

This story is part of our weekly 9Neighborhoods series where we feature different towns and neighborhoods around Colorado and talk about what makes them unique.

Animas Forks is best visited in summer and can be accessed via several different routes, the most popular ones being:

Be sure to check road conditions, as routes may be closed due to weather conditions.

And, an important note: These routes are best accessed with a 4x4, such as an SUV or truck. (Seriously, driving a sedan or other small vehicle may end up with it high-centered or damaged.)

Credit: Denver Public Library
A view of Animas Forks between 1875-1880

Prospectors built the first cabins in the early 1870s, originally calling the town Three Forks of the Animas because of the three rivers that meet nearby. Those three forks form the Animas River. The town's name was later shortened.

Animas Forks grew into a bustling mining town by 1876, complete with general store, post office, a hotel, cabins, a newspaper and a saloon.

With mining fueling its growth, Animas Forks reached its peak, with just under 500 people living there, in the 1880s.

Most Animas Forks residents would migrate south to Silverton for the snowy months. (It was a bit warmer there.)

In 1884, a 23-day blizzard buried the town in 25 feet of snow. Those residents who did stay had to dig tunnels from building to building and scoop snow into pots for boiling water for food and bathing.

The decline of Animas Forks

Mining in the town slowed down by the turn of the century.

It made a brief resurgence when the Gold Prince Mill was constructed in 1904 and a railroad was built through the town, but the mill closed in 1910 after it failed to reach expectations.

Credit: Library of Congress
Construction on the Gold Prince Mill in the early 1900s.

Several intact buildings are still standing today. Many of those buildings were stabilized in the late 1990s.

Among those still standing are:

The Duncan House is a two-story, Victorian-style home with a large bay window overlooking the town. William Duncan, a wealthy, local merchant who owned a mercantile in town, built the home in 1879.

The Duncan House is often mistakenly referred to as The Walsh House, named after another wealthy man — Ouray local Thomas Walsh, who founded the Campbird Mine. There's no evidence that Walsh ever lived in the home.

A group of volunteers from the San Juan Historical Society recently stabilized the home by adding plexiglass windows, new siding and brown stain to preserve it.

The Gustavson home, also recently stabilized, was built in the early 1900s by immigrant Charles Gustavson and his wife Ama.

Beverly Rich, chairman of the San Juan County Historical Society, said ancestors of the Gustavsons who owned a construction company in Utah stabilized the house after finding information on it in the historical archives.

"There was a family that came to our town and to the Gustavson House and looked through the archive and found out we had a bunch of information about that family — and they were thrilled to pieces," Rich said. "So for the next five years, they came out and stabilized the Gustavson House."

Animas Forks visitors can mill about freely in the buildings, stroll along trails between each building and take in the beautiful scenery.

Animas Forks is listed on the National Register of Historic Places. The U.S. Bureau of Land Management manages the site.

Explore the other neighborhoods we've visited: