It’s an endeavor the Children’s Hospital joked that it wanted to keep under wraps. 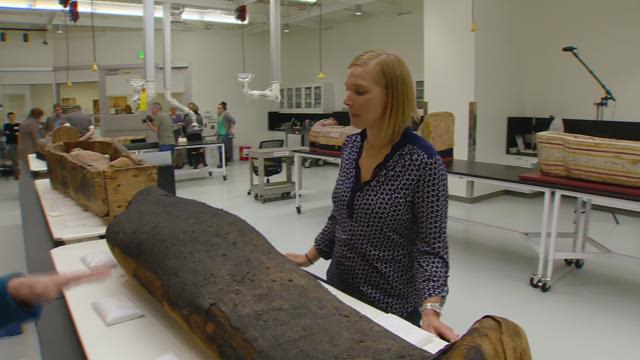 It’s an endeavor the Children’s Hospital joked that it wanted to keep under wraps.

A mummy from the Denver Museum of Nature and Science arrived at the hospital on Monday night for a CT scan.

“Our oldest patient yet!” the Children’s Hospital tweeted.

Our oldest patient yet! A mummy from @DenverMuseumNS just arrived for her CT scan! pic.twitter.com/IZZz4AcKNk

The mummy was last scanned 20 years ago. Since better technology is available now, the museum wants to update its records.

1 / 16
A mummy from the Denver Museum of Nature and Science got a CT Scan done at the Children's Hospital to determine its age.

The museum will be doing isotope testing on the mummy on Tuesday. The goal is to help researchers narrow down the mummy’s age – most of them are believed to be 3,000 to 4,000 years old!


That's a wrap...Watch for more tomorrow about our partnership with @DenverMuseumNS and the mummy CT scans! pic.twitter.com/AUmOfbq3jm