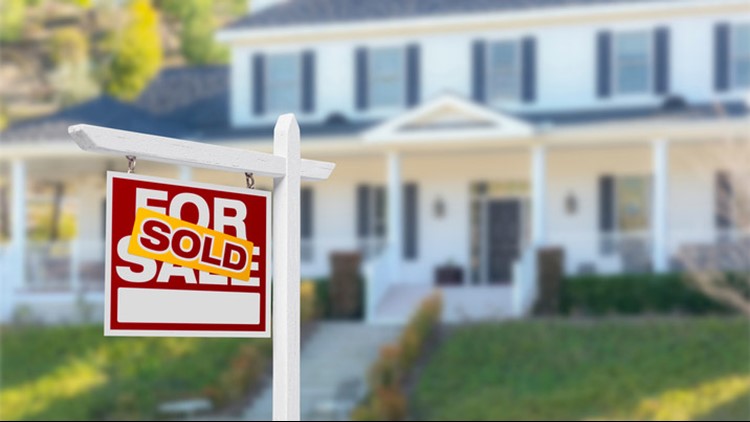 DENVER — Home inventory in the Denver-area increased by 89.27% in January 2020 over December 2019, but due to high demand, there were actually fewer homes available by the end of the month, according to the Denver Metro Association of Realtors (DMAR).

The February 2020 Market Trends Report shows that 4,853 new listings came onto the market in January, but there were only 4,941 active listings by the end of the month.

The report revealed that homebuyers placed 43% more homes into pending status in January than in December, which shrunk the housing inventory surplus.

"Buyers are snatching up inventory unseasonably early," the DMAR said in their Facebook. "If you're thinking of selling, now is a really great time!"

Jill Schafer, chair of the DMAR Market Trends Committee, said the Denver-area real estate market is off to a brisk start in 2020.

"We historically get a big influx in January and, this year, homebuyers apparently liked what they saw because they were scooping them up faster than they were coming on the market," Schafer said.

> The full February 2020 Market Trends Report can be found here.

Denver Metro Association of REALTORS
In January, 4,853 new listings came on the market, a massive 89.27 p... ercent increase from the month prior. However, the month ended with 4,941 active listings, a 1.91 percent drop from December, because homebuyers placed 43 percent more homes in pending status month over month which diminished the housing inventory surplus.

RELATED: These are the 25 most expensive homes sold in Denver in 2019