The sixth busiest airport in the country is in Denver - it's 22 years old and not built to properly house TSA. As of Wednesday 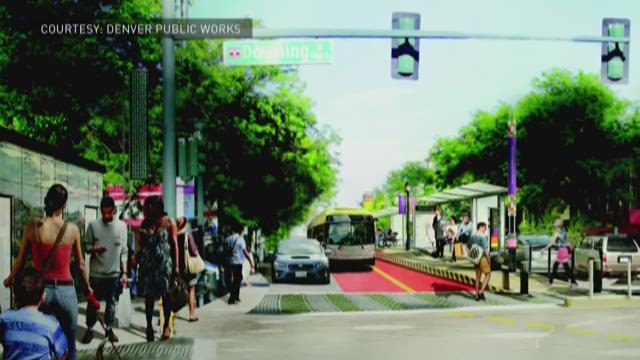 Plans to revamp Denver International Airport for as much as $1.8 billion are moving forward.

In a four to one vote Wednesday, a Denver city council committee gave the OK for the plan to head to the full city council.

DIA says the conversation on changes started with security.

Officials say the one spot we all have to go through when we travel, the security check point, is too open and too vulnerable to security threats.

The improvement plans then grew to include everything from restaurants to where you get dropped off at the airport.

“We know we have to do something to stay competitive in the world of airports,” says Stacey Stegman, a DIA spokeswoman.

Part of the plan developed is making way for new restaurants, increasing check-in counters from 169 to 176 and most importantly changing security, by moving it up a floor and enclosing it.

Stegman says when the airport was built 22 years ago. It was never meant to house TSA but after 9/11 they made space for the agency but it’s not in the ideal space.

Construction would last four years, including adding more curbside drop off space. There would be a 30-year-contract with a developer to help with maintenance.

Cost isn’t the only concern.

“We are really worried about moving all the level 5 security activity up to the already constrained space on level 6 where we do ticketing. Our concern is that we simply won’t have enough pace today to do all the work that’s being done on two levels on a single level,” said Scott Kirby, president of United Airlines.

“We have a lot of time to continue to work with them to address their issues,” Stegman says.

DIA doesn’t think it has time to wait on making these changes.

“We have to make sure it thrives so new airlines can come in,” said Stegman.

For 21 months the airport set records for the number of passengers traveling through DIA and is the sixth busiest airport in the country.

If approved construction would start next summer and be done in phases.

“You would see us build the ticket counter first so that we can free up space to build the new TSA then we would move TSA up to the next level," Stegman says. "It wouldn’t be four years of all kinds of construction. We would do it in phases and open it in phases as its complete.”

Food and retail workers are also worried about losing their jobs with a new developer.

DIA says the developer would contract out with individual stores but also said there will be a lot of opportunities and no one will be edged out.

The proposal could be discussed as early as at the next city council meeting on August 7.

DIA says no taxpayer dollars will be used to pay for this project; instead being funded through DIA funds and private developers.

DIA also has a pre-development agreement that expires September 1.

If a long-term contract isn’t solidified by then, DIA would have to pay $9 million to buy the new designs from the developer.