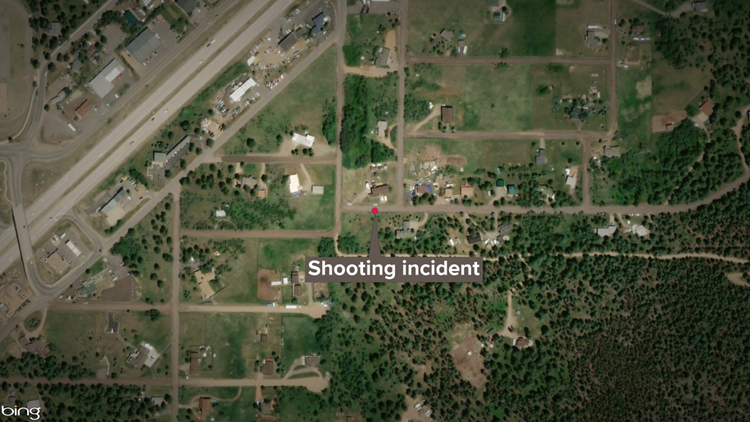 1 injured, 1 in custody after report of shots fired in Conifer

CONIFER, Colo. — One suspect is in custody and another person is in the hospital after an incident in Conifer on Thursday morning, according to the Jefferson County Sheriff’s Office.

Deputies responded to the 25000 block of Snyder Avenue near Aspen Park at about 7:30 a.m. to investigate a report of shots fired in the area.

The scene is expected to be active for several hours, according to the Sheriff’s Office. People have been asked to avoid the area during the investigation.