Seventy four people have been indicted in what Colorado Attorney General Cynthia Coffman says is the largest illegal pot bust in the state since marijuana became legal for recreational use in 2014. 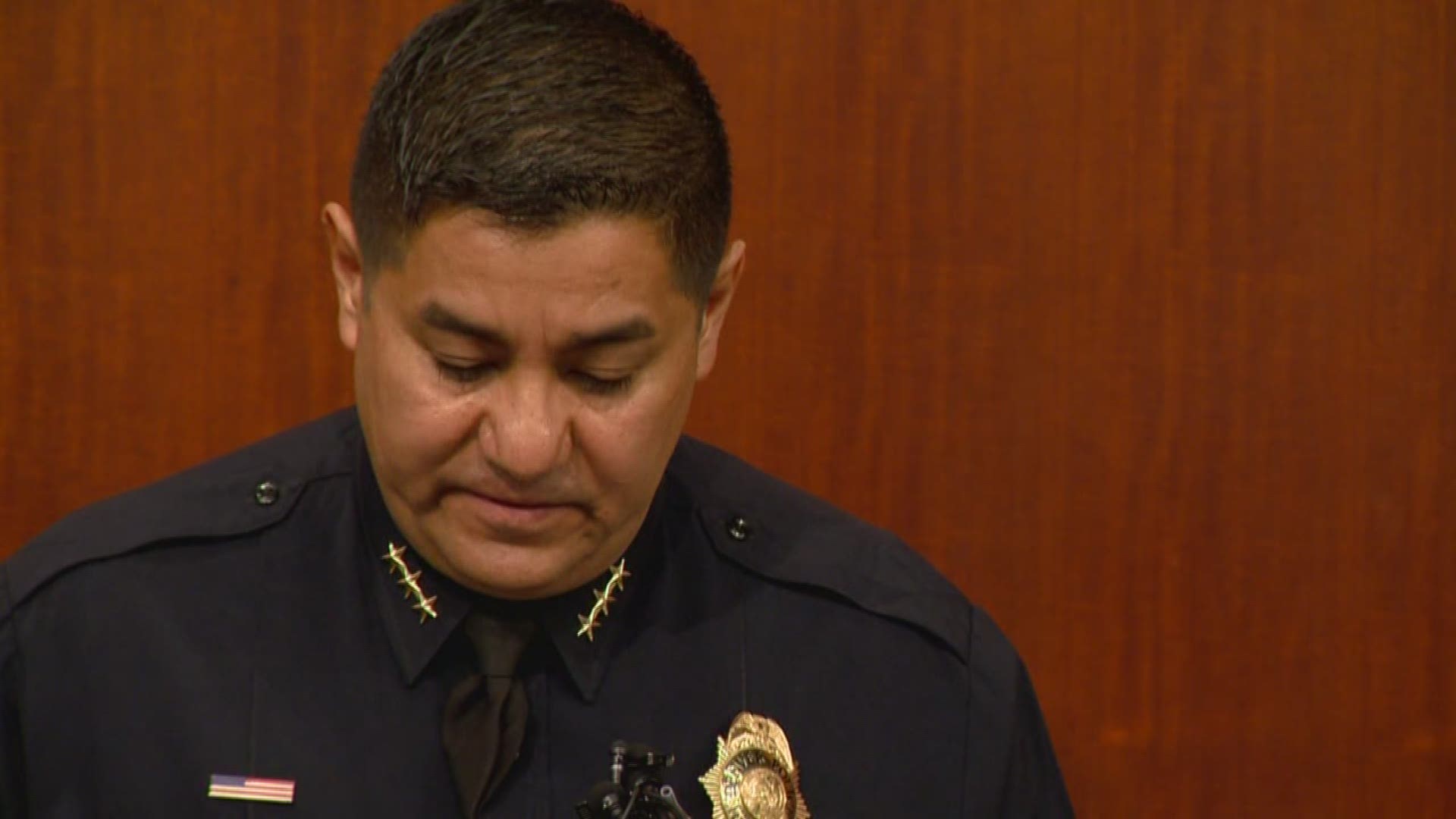 The illegal marijuana ring that has been indicted in the biggest pot bust since the drug became legal in Colorado began as a group of people who played poker together in high school.

Dubbed “Operation Toker Poker,” the multi-year effort to break up this group has netted 74 indictments, 2,600 illegal pot plants and 4,000 pounds of marijuana – barely scratching the surface of what has been produced by this drug trafficking organization, state Attorney General Cynthia Coffman said during a news conference Wednesday morning.

The suspects are believed to have presented themselves as legitimate medical marijuana caregivers, consultants and small business owners – even as they defrauded wealthy investors and trafficked drugs across the country.

Two of the victims of the alleged money-laundering scheme were former Denver Broncos players who believed they were investing in legitimate, state-licensed marijuana businesses.

Those players were Erik Pears, an offensive tackle who played college football at Colorado State University and was last with the Broncos in 2008, and Joel Dreessen, another CSU grad and tight end who was released by the Broncos in 2014 after a failed physical.

"Mr. Dreessen was an innocent lender to a business that he was told was both lawful and properly licensed. Joel has been repaid all funds he provided and is glad to have this matter behind him."

Coffman says this bust is a “prime example that the black market for marijuana has not gone away” – even though both recreational and medical marijuana are legal in Colorado.

A nearby neighbor who asked to remain anonymous for her own safety says she saw a drug bust happen at a home in 2016 and helped investigators by telling them some of the suspicious behavior she witnessed.

She tells 9NEWS when she saw the pictures of the suspects that she recognized some of them.

"I can't even express the relief that I felt," she says. "There was a smell of a skunk from time to time - we all thought it was a skunk because, again, you don't think you are going to be victimized."

We needed a white board to explain this operation: 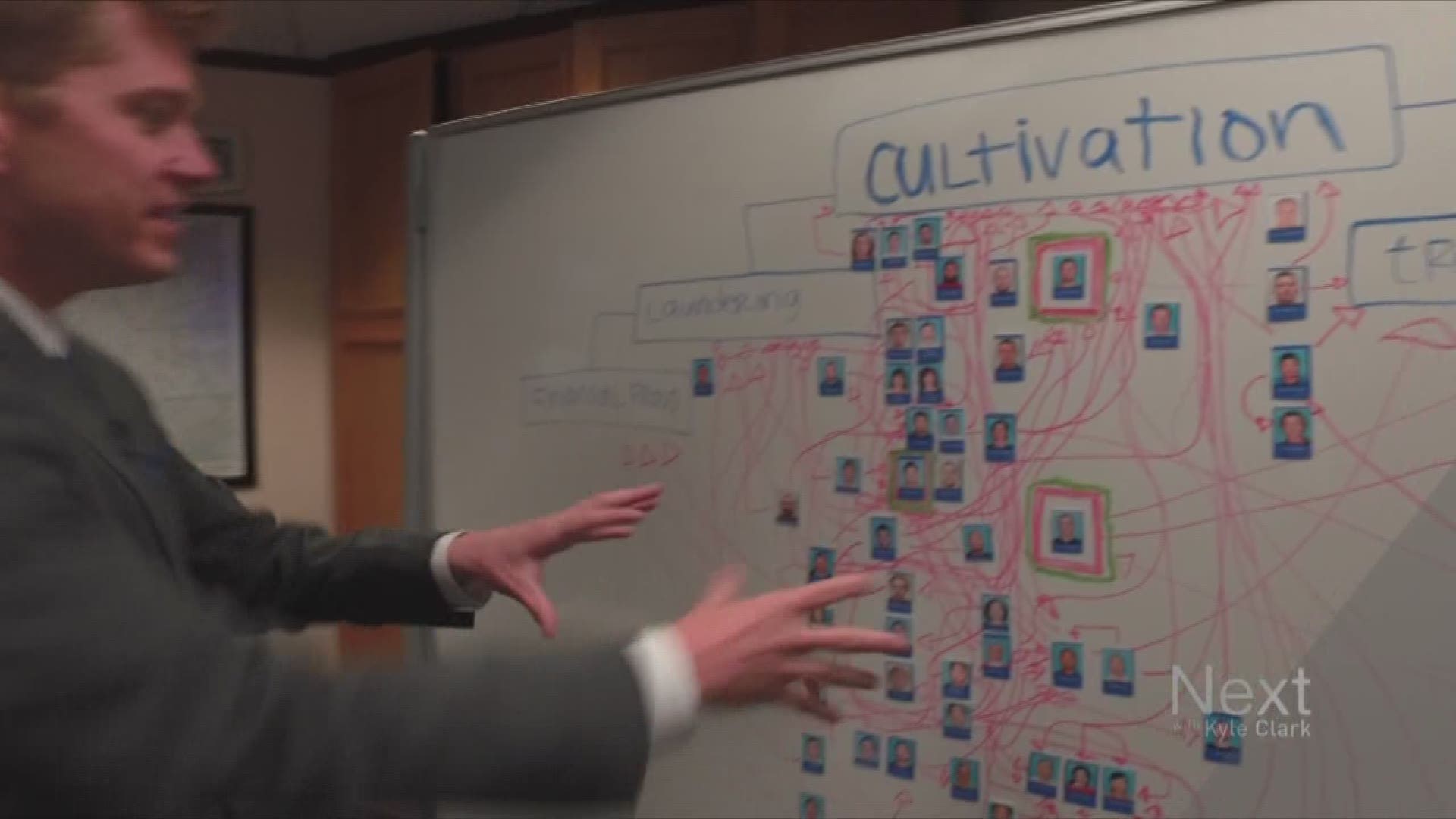 The bust was first set in motion in January 2014, when Denver Police officers found numerous unlicensed marijuana grows in warehouses and homes in Denver.

Investigators believe the drug operation brought in $200,000 a month in revenue -- even as the co-conspirators disguised their criminal activity through front companies like a marijuana grow supply store and property management companies leasing to pot growers.

The network operated in numerous states, including Kansas, Texas, Nebraska, Ohio and Oklahoma.

“This case is a prime example of how the black market for marijuana has not gone away with the legalization of both medical and recreational marijuana in Colorado,” Coffman said.

Some of the conspirators are also accused of defrauding mortgage lenders to secure spaces to grow marijuana, according to the 51-page indictment.

Sixty-two people and 12 businesses have ultimately been indicted. Forty-three suspects are now in custody – and there’s an active search for the others.

They face charges for crimes that include:

You can see a map of the drug bust locations below:

You can see photos of some of the suspects below: