Attorney for suspect in fiery I-70 crash charged with kidnapping, vehicle theft at DIA after reportedly hitting vehicles, threatening ex-fiance

As Robert Corry left the airport earlier this month, he reportedly said he was being chased by "Arabs" and that they had a helicopter. 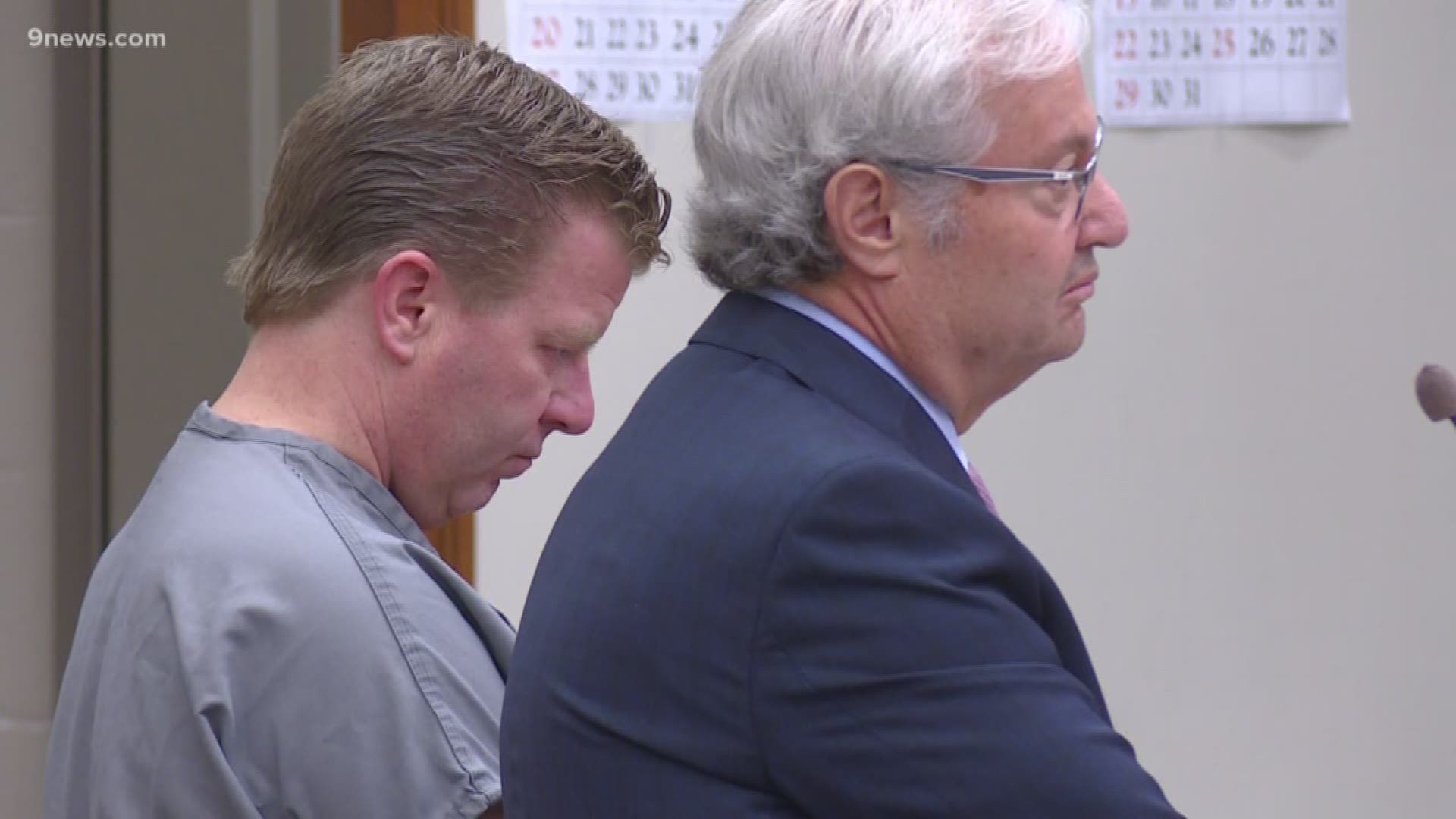 DENVER — The attorney representing a man accused of causing the fiery crash on I-70 in April that killed four people was facing several charges himself after an incident June 10 at Denver International Airport.

Robert Corry was arrested Friday, according to booking documents from the Denver jail. He had his first court appearance Saturday morning.

The Denver Police Department responded June 10 to a report of a kidnapping at DIA. The victim was Corry's ex-fiance, who was to pick up Corry after his flight arrived the airport, according to an arrest affidavit.

At DIA, Corry said he was being chased by "Arabs" and that they had a helicopter, according to the affidavit. He grabbed his ex-fiance's hand and said they needed to run to her car. After saying she couldn't drive, Corry drove her vehicle aggressively with the victim in the vehicle. He honked the horn, hit vehicles and yelled at people while exiting the short-term parking garage, documents show.

Corry drove through a gate arm and over a cone, causing the windshield to break, the affidavit states. When the victim asked to get out of the vehicle, Correy reportedly said that she "better be quiet or he would kill her."

The victim was eventually able to jump out of the vehicle and called 911, documents show.

Corry is facing the following charges:

Corry is currently representing Rogel Lazaro Aguilera-Mederos, the truck driver who is facing 40 charges -- including vehicular homicide, assault and attempted assault -- in connection with an April 25 I-70 crash that caused a massive fire and left four people dead.

9NEWS spoke to Lazaro Aguilera-Mederos shortly after Corry's court appearance, he said they were going to give Corry a chance to explain what happened when he's out of jail. Then they'll make a decision on whether or not to keep him as an attorney.

RELATED: 'It was an accident and it's tragic': Attorney for truck driver arrested in fiery I-70 crash says

Corry posted his $50,000 bond Saturday afternoon. He also must obey a protection order to stay away from the victim. 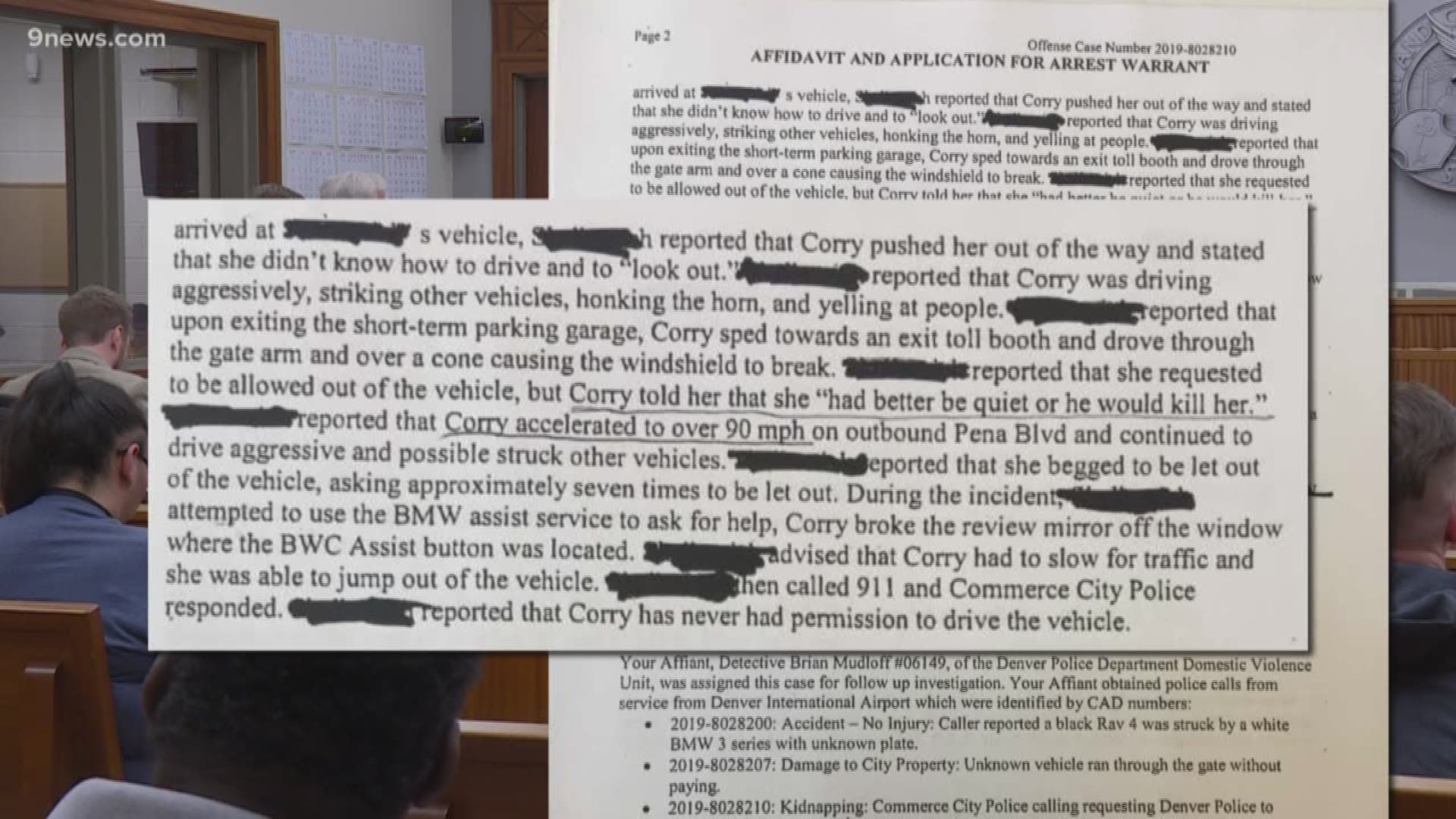