Two high profile police shootings have happened in the past two days. 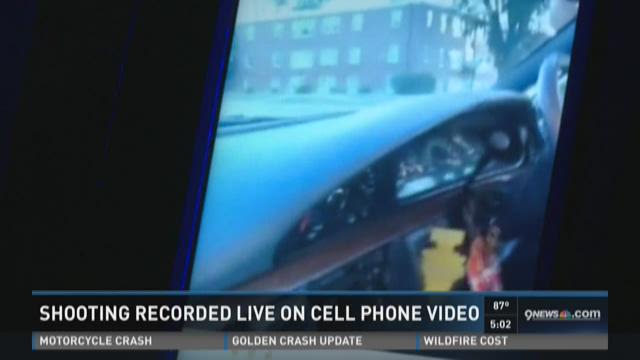 Two high profile police shootings have happened in the past two days.

In both the Minnesota and Louisiana shootings, cell phone video captured some of what happened.

Alton Sterling was shot and killed by police Tuesday morning in Baton Rouge, Louisiana, outside a convenience store. It's still unclear what led up to his death.

Wednesday night, Philando Castile was shot and killed after he was pulled over for a bad taillight in Falcon Heights, Minnesota.

The incident in Minnesota was streamed live on Facebook by Castile's girlfriend, Diamond Reynolds, who was in the car when the shooting happened along with her 4-year-old daughter.

In the recording, Reynolds said Castile had a concealed carry permit for a firearm. When he went to reach for his wallet, multiple shots were fired by the officer.

"He's licensed. He's licensed to carry. He was trying to get out his ID and his wallet out his pocket," said Reynolds in the video.

Reynolds recorded what happened moments after her boyfriend was shot multiple times by a police officer in Falcon Heights, Minnesota.

"Yeah, it was rough. It was rough to watch," said Denise Maes with the ACLU of Colorado.

Maes said recording altercations help keep public agencies transparent and accountable. She said it's legal for the public to record.

"Really what they cannot do is interfere with what the police officer is doing. But short of that, of course they can record. It is a first amendment right," said Maes.

Reynolds kept the live stream running for nearly 10 minutes and detailed what happened to Facebook viewers watching on the social media site.

"This is absolutely changing us fundamentally as a global society," said Matthew Kaskavitch, communications lecturer at CU Denver.

He believes the Minnesota case of social media will have lasting effects.

"This is putting this live transparence in journalism in the hands of everyone to be able to flick a button and immediately start capturing the story whenever and where ever that is," said Kaskavitch.

He said Reynolds' first-hand account of the shooting shows social media can be used for more than just status updates and photos and thinks this will be a tipping point to prove people have a lot of power in their pockets.

"This is a simple traffic stop and it completely, in my view, just gets completely out of control. A simple tail light and now someone is dead,” said Maes.