Another suspect, Asha Thompson, was arrested early Tuesday morning at a hotel across the street from where the shooting occurred. 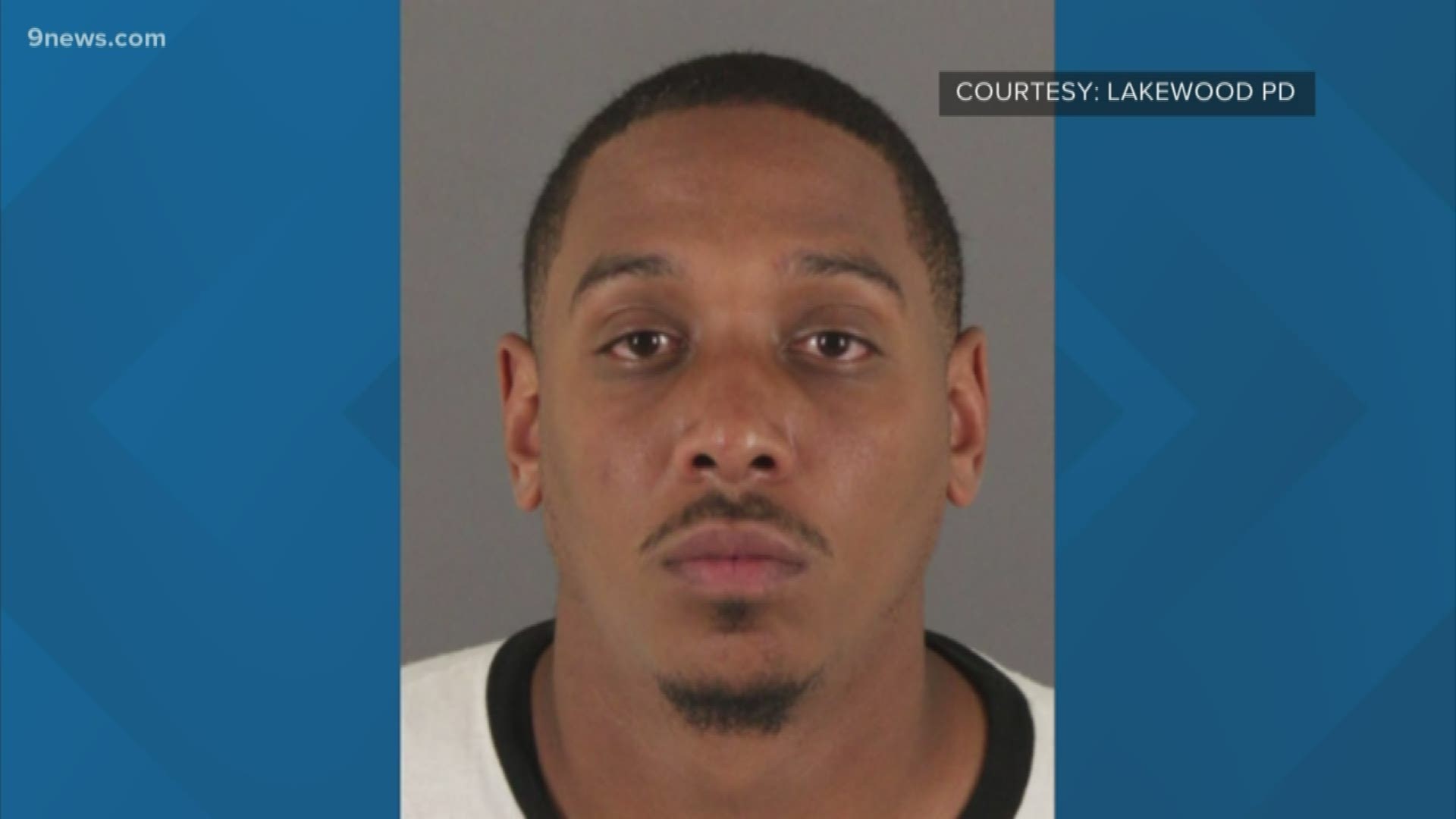 Police are searching for 35-year-old Kennie Sutton, a person of interest in connection with the murder last week of woman at the Blue Sky Motel in Lakewood.

Police first received reports of a shooting at the Blue Sky Motel at 6205 W. Colfax Ave. around 9:30 p.m. Friday.

Brittany Guern, 32, was found at the motel with an apparent gunshot wound. She was transported to a local hospital, where she was later pronounced dead.

Sutton is considered armed and dangerous, and LPD said he should not be approached. Anyone who sees him is asked to call 911.

Asha Thompson, 32, also known as “Ace”,  was taken into custody Tuesday morning after investigators received a tip that he was at the Big Bunny Motel, located at 6218 W. Colfax Ave.

Thompson was taken into custody without incident and is being held at the Jefferson County Jail on suspicion of first-degree murder.

Credit: Lakewood Police Department
Authorities have identified one of the four suspects sought in the Lakewood motel shooting as 32-year-old Asha Thompson.

Shelli Keeney lives in one of the Blue Sky Motel rooms where the shooting happened. She said a neighbor heard the gunshots, called her, and she then made her way to the room.

When Keeney arrived, she said the door was open and the woman was barely breathing.

"I tried to shake her and press on her chest to help her breathe, and then it didn't help," she said.

Keeney said she thinks more people know something about the shooting, they're just afraid to speak up.

"She's a person, and she's somebody's daughter, and you know it's heartbreaking some people just don't care, they care more about themselves," Keeney said.

Surveillance video from a liquor store nearby showed police officers drive up to the scene and people standing outside minutes before.

Haben Ymesghen, who works at the liquor store, said he didn't hear the gunshots, but his customers were coming in telling him about the heavy police presence.

If you have any information on this incident, you are asked to call the Lakewood Police tip line at 303-763-6800. You can remain anonymous.